CHESAPEAKE, Va. - Thousands of men and women in uniform put their lives on the line every day when they go to work here in Hampton Roads.  Monday we begin a series dedicated to the first responders who went above and beyond the call of duty this year.

The Valor Awards are presented by the Hampton Roads Chamber. News 3 is honored to partner again this year and showcase incredible feats of bravery.

Click here for complete coverage of the 2018 Valor Awards

Monday's story shows the amazing valor of twenty Chesapeake First Responders who worked together to save 150 senior citizens during a massive fire on July 15, 2017.

Before the fire, there was a severe thunderstorm that rolled through the city.

“The first arriving companies arrived on the scene, there were already two buildings that had flames showing. [There were] a lot of things going against us going into it.  It was fully occupied, it was four o’clock in the morning at a residence for senior citizens. Many of them had canes, walkers, and scooters and then for the most part they were asleep when the fire started," Fire lieutenant Ryan McFadden said.

So, they took action and started kicking in doors to pull people out to safety but three people died in the incident.

“There was 105-year-old female on the third floor who could not walk.  I went up the stairs and went into the apartment and there were five or six elderly people in that apartment at the time.  All of them trying to help this female. There was no way for her to make it down the stairs.  So I actually had to pick her up and carry her down three flights of stairs," Police Sergeant David Dashiell said.

Police and fire first responders in Chesapeake train together and work together. On July 15, 2017 in 30 minutes they saved 150 senior citizens together.

News 3 will bring you other stories of incredibly brave men and women working as first responders in Hampton Roads in the coming weeks.  The Hampton Roads Chamber Valor Awards are June 7, 2018 at the Renaissance Portsmouth-Norfolk Waterfront Hotel.  For more information click here. 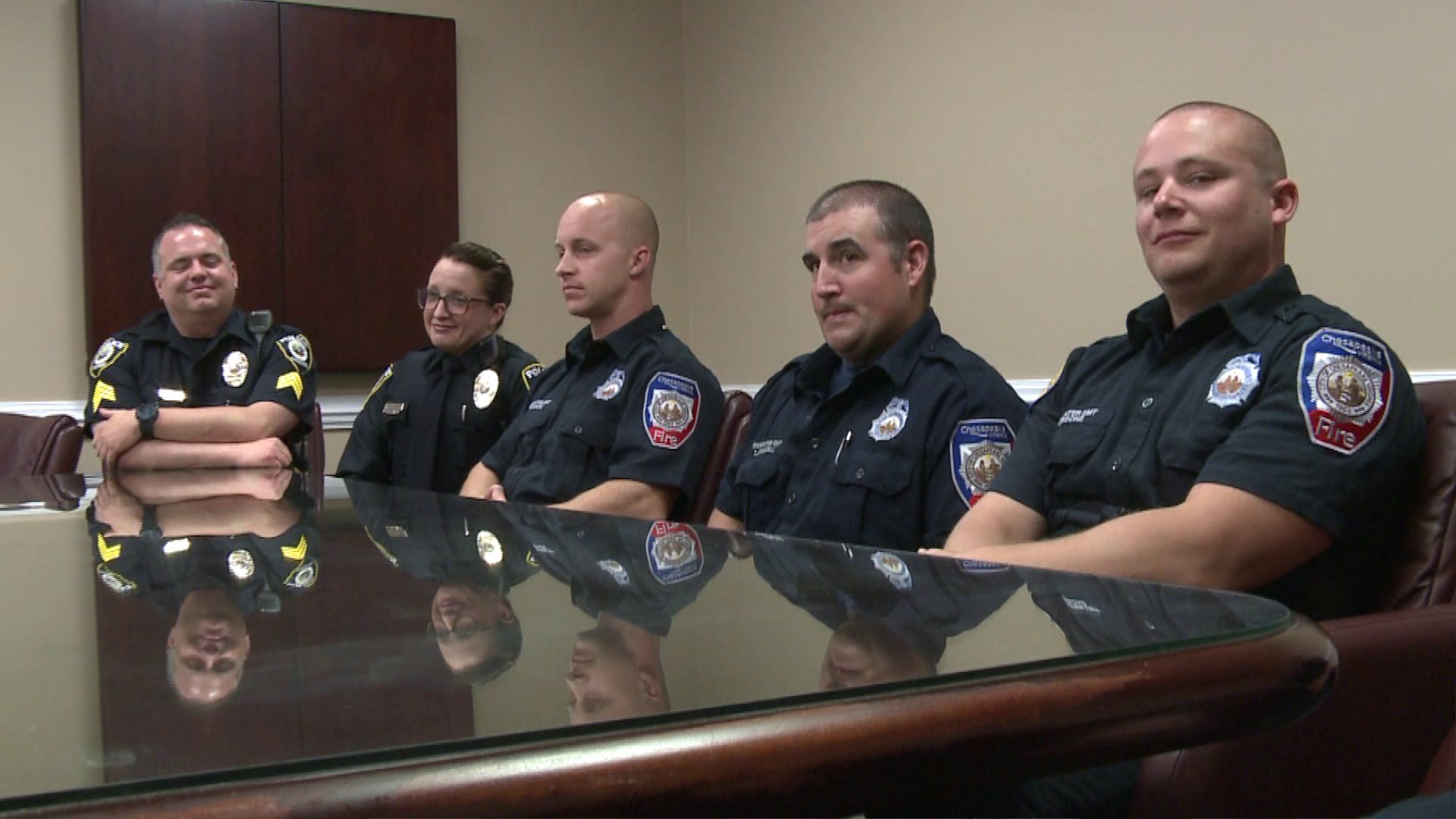