FRANKLIN, Va. - A building has been demolished after a large commercial fire broke out at a store in the 200 block of N. Main Street Thursday afternoon.

The call came in at 2:22 p.m. Twelve different fire departments responded to the incident.

According to Franklin fire officials, people inside the Treasures and Trinkets store called 911 when they heard loud pops and found flames coming from a storage room. They were unable to get the fire under control.

At one point, the fire captain said flames extended halfway across the street.

A nearby business owner told News 3's Margaret Kavanagh that he was blown away by what he saw.

"I was a base fire marshal when I was in Germany, and I never saw a fire that was this intense. I did see some fires, but not like this," said Joel Bradshaw, who spend 30 years in the Air Force.

The cause of the fire is said to be electrical. Officials said surrounding businesses suffered very little smoke and water damage.

Most of the downtown area is experiencing power outages. 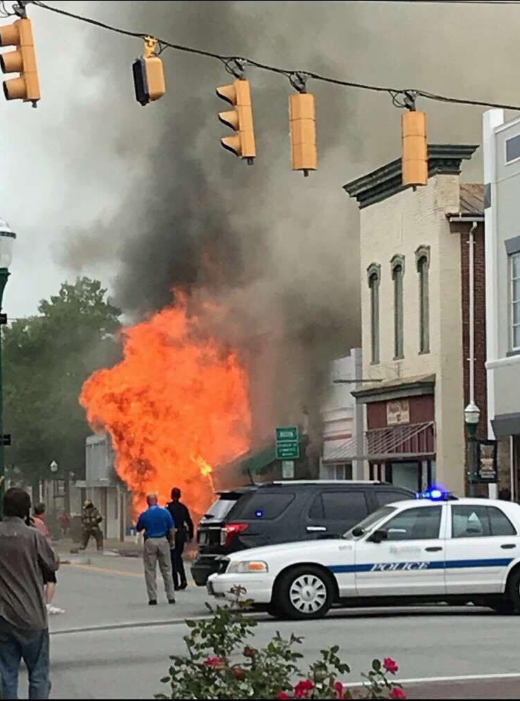