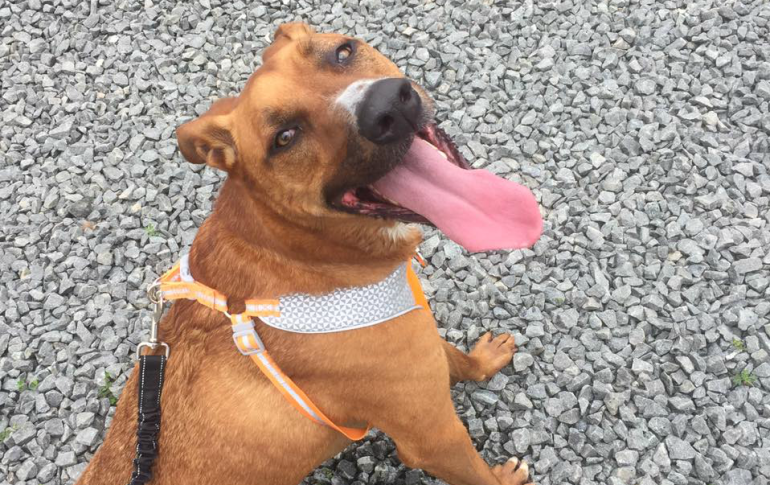 STAFFORD COUNTY, Va. — A Stafford County man who says he fatally stabbed a neighbor’s dog in self-defense will go to trial, according to CBS 6.

The incident occurred on May 1, when Richard Stephen Rowe walked with his dog along a sidewalk on Sanford Ferry Court. That’s when Archer hopped his backyard fence and was at stabbed by Rowe.

Rowe says he acted in self-defense when the dog charged at him and attempted to bite him and his dog.

Rachel Brenke, Archer’s owner, says she heard her dog barking and saw that he was over her physical and electronic fence, which was very uncharacteristic.

“I ran up to apologize to the guy that Archer was out, not understanding at all what had happened. And the guy looks me in the face and calmly, while he’s holding his really large dog’s leash, goes, ‘Your dog jumped the fence. So, I stabbed him,’” Brenke told WUSA.

“There was blood trails where he collapsed, and he was in a pool of blood,” she said.

Archer died from his injuries.

“He was with me every single day. I love him, and I miss him, and our heart has been ripped out,” said Brenke.

After an investigation by the Stafford Animal Control Division, the Commonwealth’s Attorney’s office charged Rowe with animal cruelty, a class 1 misdemeanor with a jail sentence up to 12 months.

Commonwealth’s Attorney Eric Olsen says the law of self-dense may apply in this case, but the judge will make that determination based on evidence presented at trial.

“He was my best buddy. He ran with me; we ran hundreds of miles on these trails. We never felt scared. We would pass other dogs; he never displayed aggression. He loved other animals,” Brenke recalled.

Investigators disagree, saying that Archer had a history of aggressive behavior prior to the May 1 incident. They investigation also noted that the dog’s owners were aware of earlier incidents involving the dog.

Brenke and her husband were also charged with allowing a destructive dog to run at large.

“I would never have let my children, over six years, let all my children play with a dog that was supposedly so vicious, and has a history? There’s no history. There’s none,” said Brenke. “We don’t believe that jumping a fence is enough to qualify for aggression to rise to the level of taking a living, breathing dog’s life.”