HENRICO COUNTY, Va. (WTVR)  – The driver who was rescued from racing floodwaters Friday morning told CBS 6 in Richmond she didn’t realize how deep the water was when she got stuck.

“There was water on the road, but it did not appear to be flooded. It didn’t really look that bad when I initially started,” said the driver, who didn’t want to be identified.

Henrico Fire crews were called to the intersection of Gayton Road and Cedarbluff Drive around 6 a.m.

“When crews arrived, the car was submerged up to its headlights,” Henrico Fire spokesperson Capt. Rob Rowley said. “The water continued to rise while the driver was remove and by the time crews left, even the door handles on the car were under water.”

The driver stated it was heavily raining and dark when she was heading into work for her early morning shift. 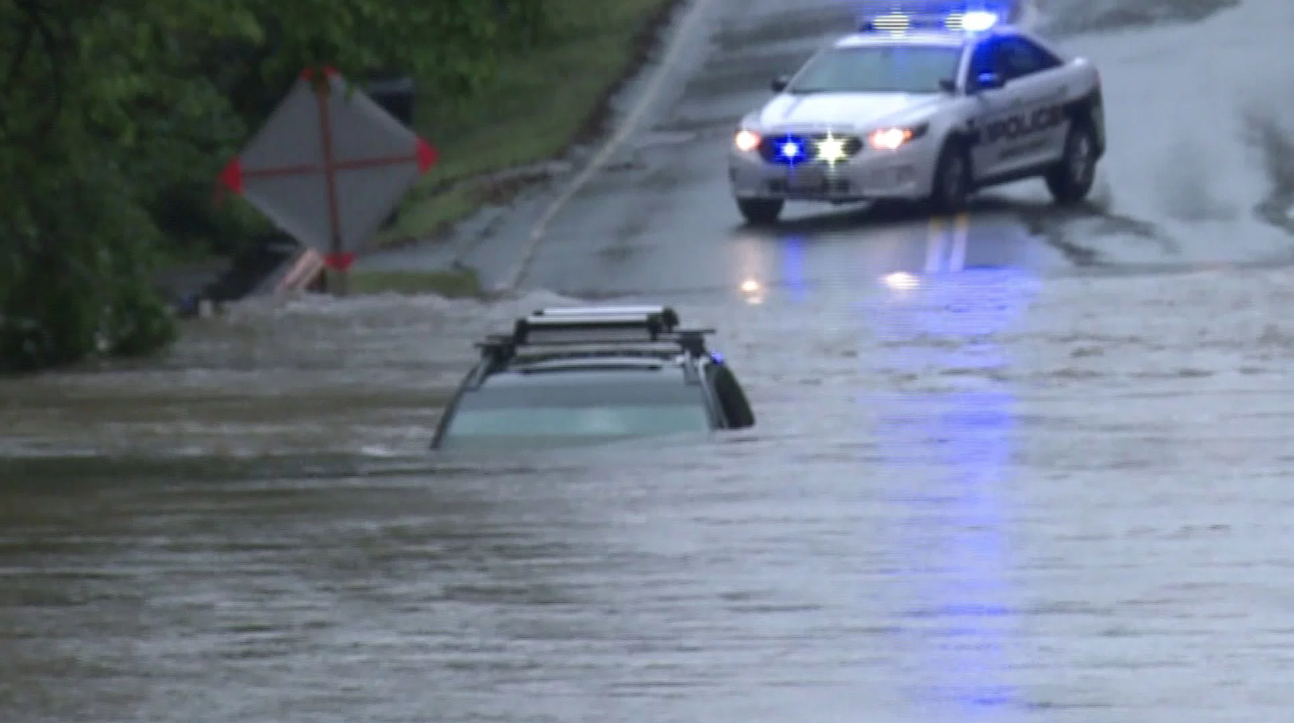 “I also couldn’t see very far in front of me. The rain was coming down so hard even with my wipers on max speed,” she recalled. “I was going slow. I was going 20 miles per hour. By the time I realized how flooded it was I tried to put my car into reverse and the engine died.”

She said she called 911 from the driver’s seat and waited inside her car for rescuers to arrive, at the advice of dispatchers.

The driver’s mother-in-law and two small children, who weren’t in the car at the time, watched as Henrico fire crews rescue the woman from her car.

A tow truck arrived to remove the small SUV from Gayton Road around lunchtime. The car appeared to be a total loss.

Officials advise to “Turn Around, Don’t Drown” and don’t try to drive or walk though flooded areas.