VIRGINIA BEACH, Va. - Cars and carp are stuck in the Strawbridge area of the city on Wandsworth Drive.

There's up to a foot of water in the road after heavy rain poured around 2 p.m. on Thursday.

"Last time it flooded my neighbor and two of us cleaned the drains over on the far side and let some of the water out, but it looks like the same thing is happening all over again," Seaford Williams said.

David Fliesen, another neighbor, said he was hit with flash flooding during Hurricane Matthews almost two years ago.

People who live nearby said there's a pond behind the street and don't think that pumping the roadway is a permanent solution to the problem.

"It needs some kind of pumping station in order for it to be worked out," continued Fliesen. "It was poorly designed and it's had problems. It costs a lot of people their homes and it's going to do it again. Let's fix this before it costs lives too."

Public Works told News 3 that there is no quick fix to the flooding issue and that the city has approved of a $300 million plan to add more storm drains across the city over the next 10-12 years. 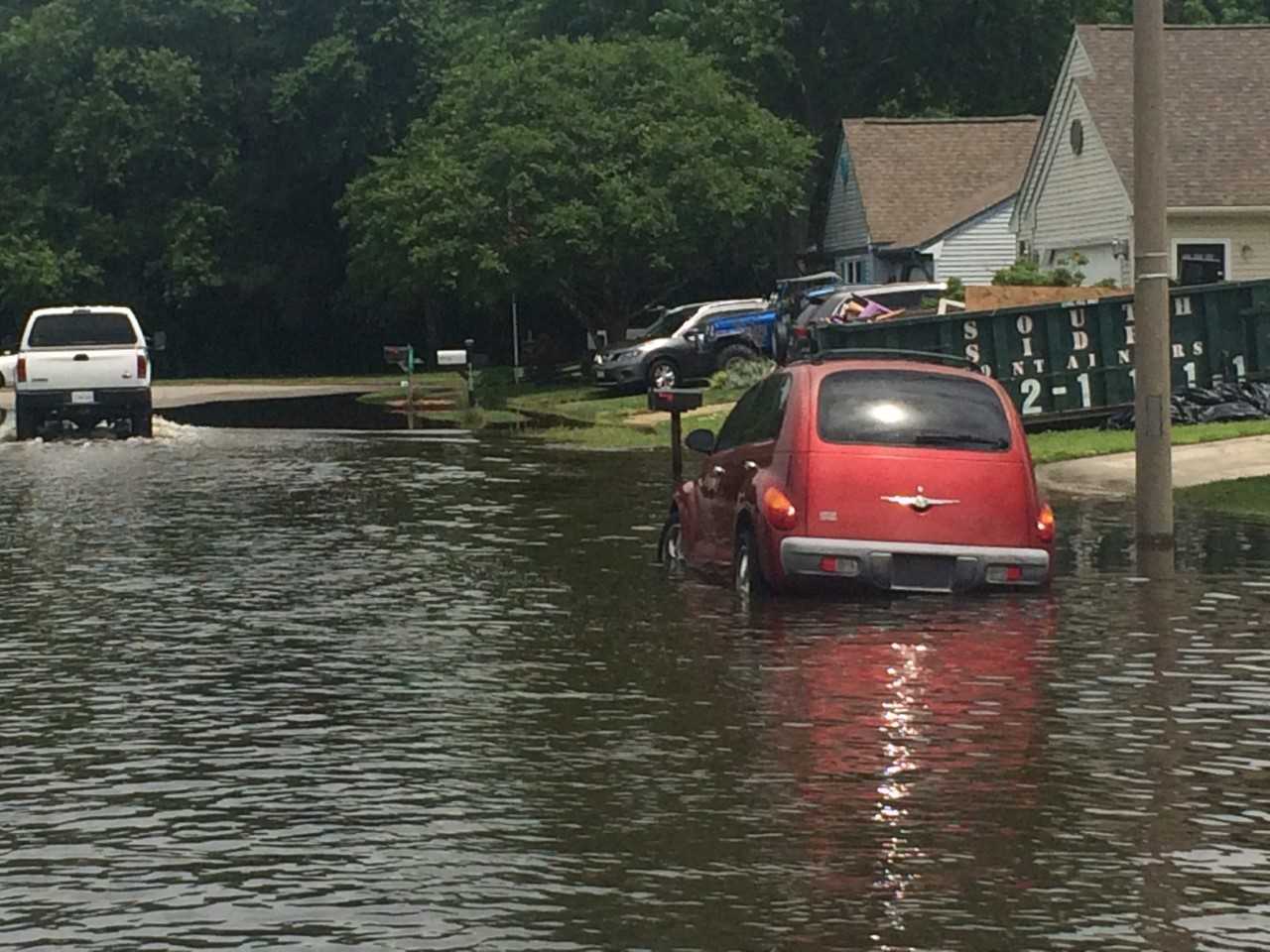