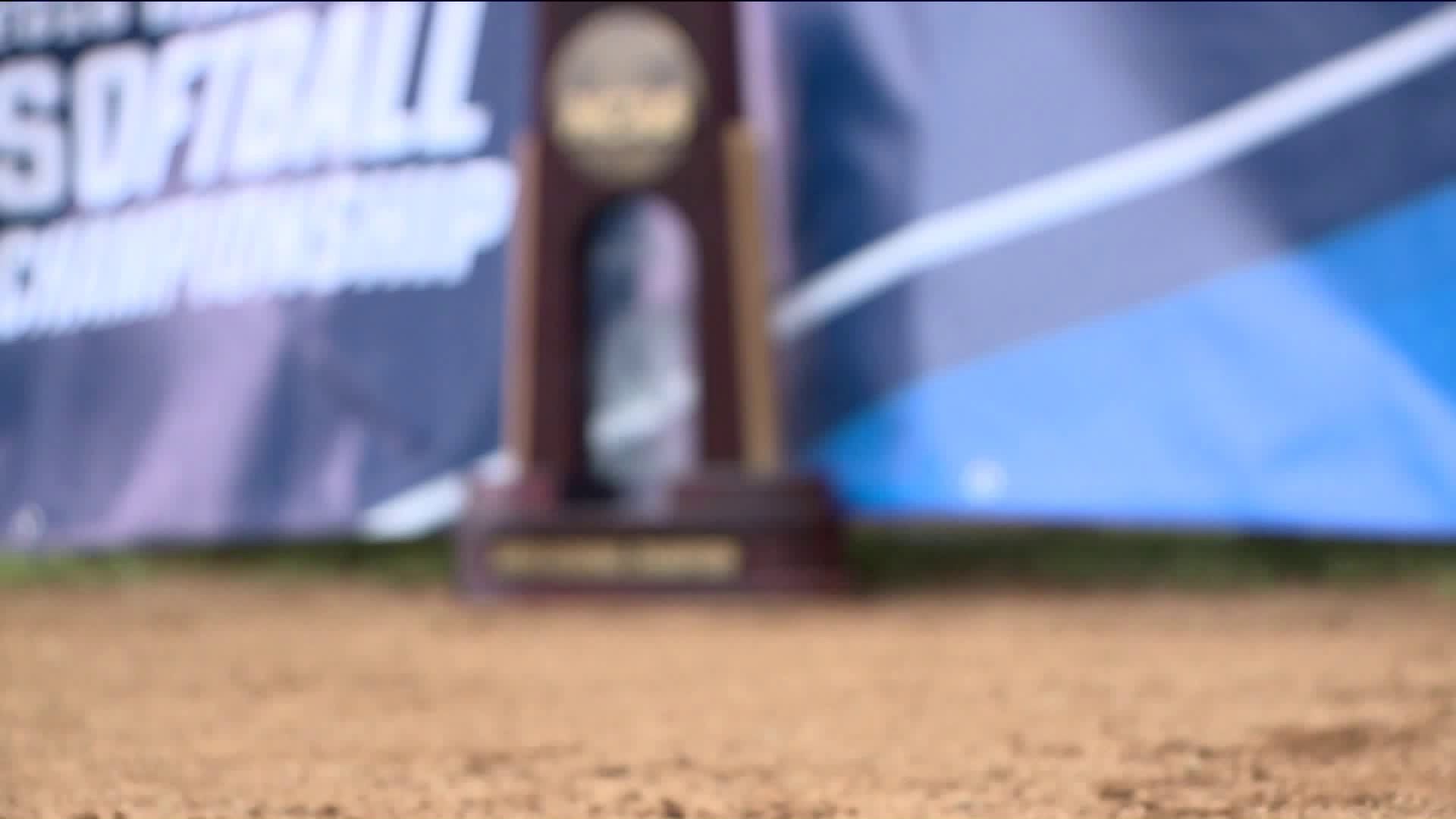 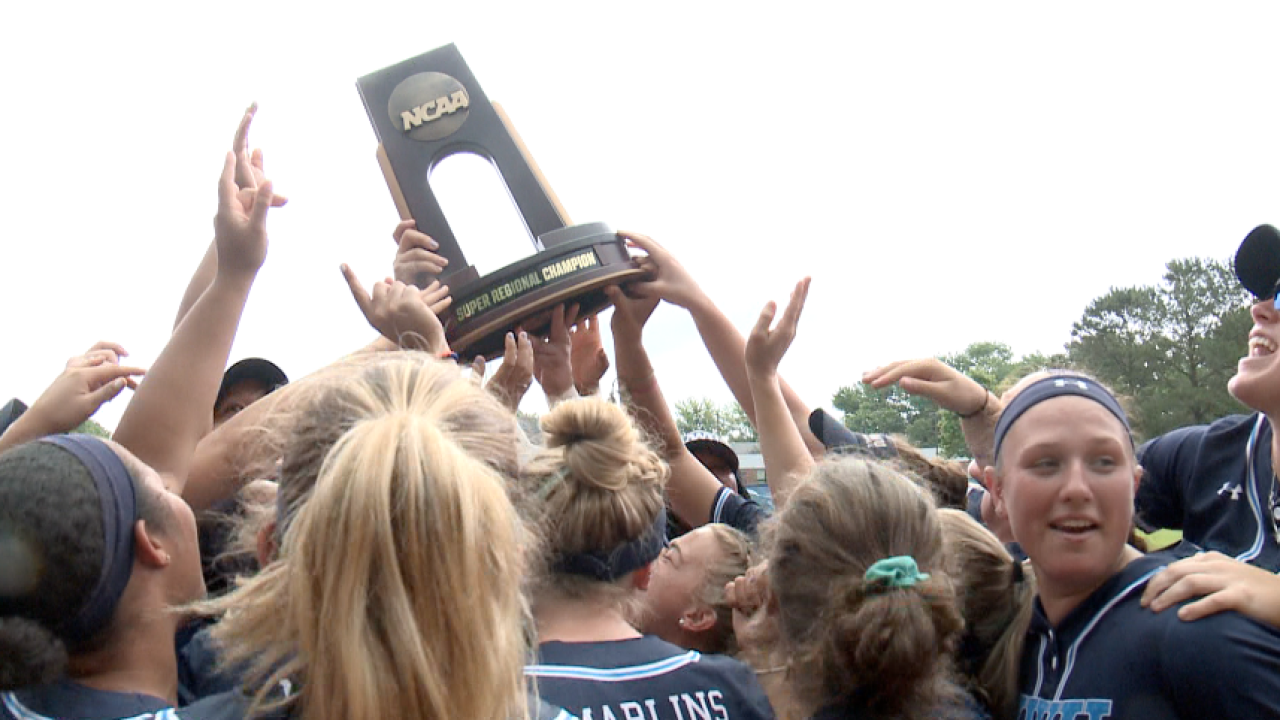 VIRGINIA BEACH, Va. - It might have come 16 hours later than desired, but Virginia Wesleyan softball is headed back to the Divsion III College World Series.

In the bottom of the seventh inning in a tie ball-game, and no outs, the sky opened up, and rain started to pour down at Marlins Park. Officials decided it was best to wait the bad weather out, and pick things up where they left off in the morning.

Facing Berry College, the fourth-ranked team in the nation, the Marlins escaped a walk-off situation in the seventh on Sunday morning.

In the top of the eighth, Kiersten Richardson drilled a single that brought in the game-winning run, and would be the Marlins ticket back to Oklahoma City.

Sophomore All-American Hanna Hull went the distance for Virginia Wesleyan on the mound. "It was a different story yesterday, they were hitting, they were putting it all in," Hull said.

"I think the rain helped us, unfortunately for them, the momentum was kind of going their way, and we came out and we were fired up, and were ready to win."

Waiting to take the field again was the hardest part for not only the players, but also the coaches. "Last night wasn't a good night, you've got that nervous energy," said Wesleyan head coach Brandon Elliott.

"You sit up and think about the way that they played yesterday, you were worried about how they were going to respond."

The finals will be held May 24-29 at USA Softball Hall of Fame Complex in Oklahoma City, Oklahoma.  All rounds will use a double-elimination format.