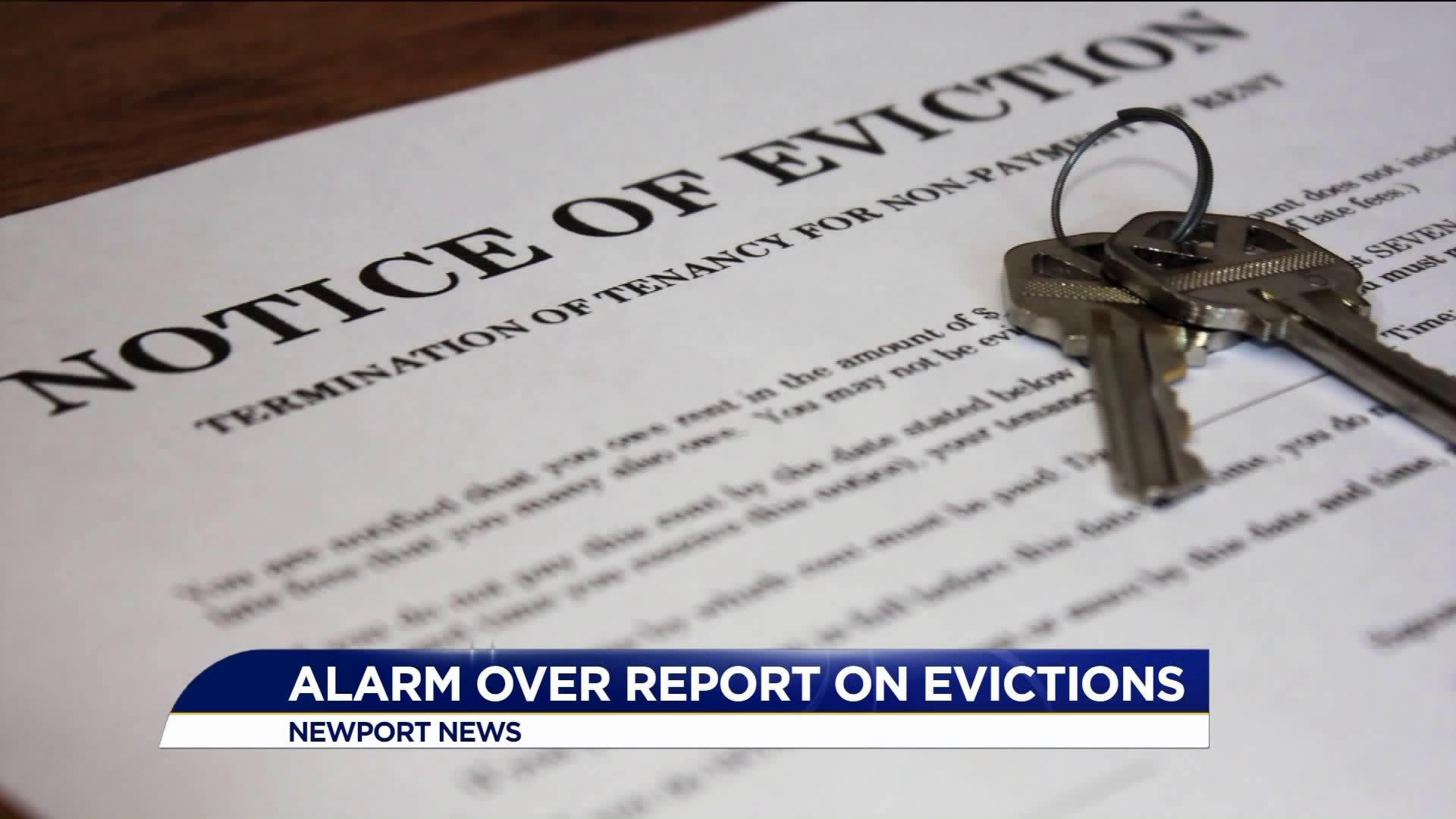 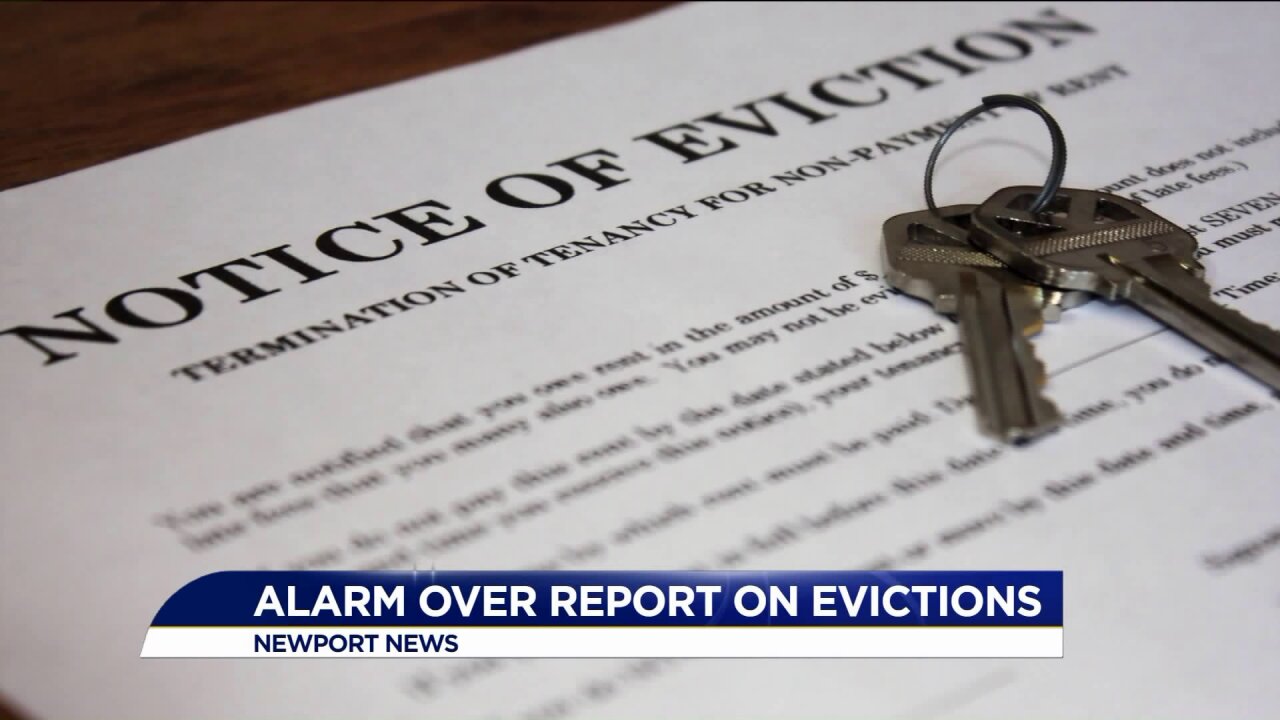 NEWPORT NEWS, Va. - Four Hampton Roads cities made a top ten list ranking the eviction rate among large cities in the country, according to The Eviction Lab at Princeton University.

The rankings prompted local, state, and federal leaders to hold a round-table discussion on the topic on Monday morning. "It was embarrassing," said Rep. Bobby Scott about finding out about the list.

Hampton, Newport News, Norfolk, and Chesapeake all made the top ten. In addition, Richmond came in at number two. "It's certainly a list you don't want to be on," Scott said.

Several of the city representatives said the rankings are flawed. For example, the report says there were 2,538 evictions in Hampton in 2016, but City Manager Mary Bunting says there were no more than 1,457. She had city staff look into the numbers and says the report was focused on a phase of the eviction process, but does not accurately reflect the number of people actually forced to leave their homes.

Regardless of the questions over the accuracy,  city leaders say it's a topic that needs to be addressed. "It doesn't eliminate the fact that evictions are a problem," Scott said. "Whether we're at the top, middle, or even the bottom, it's something we ought to address."

Some of the solutions discussed include increasing subsidies for lower-income people, adding more public housing options, and educating people on their rights. "It's a matter of priorities," Scott said.