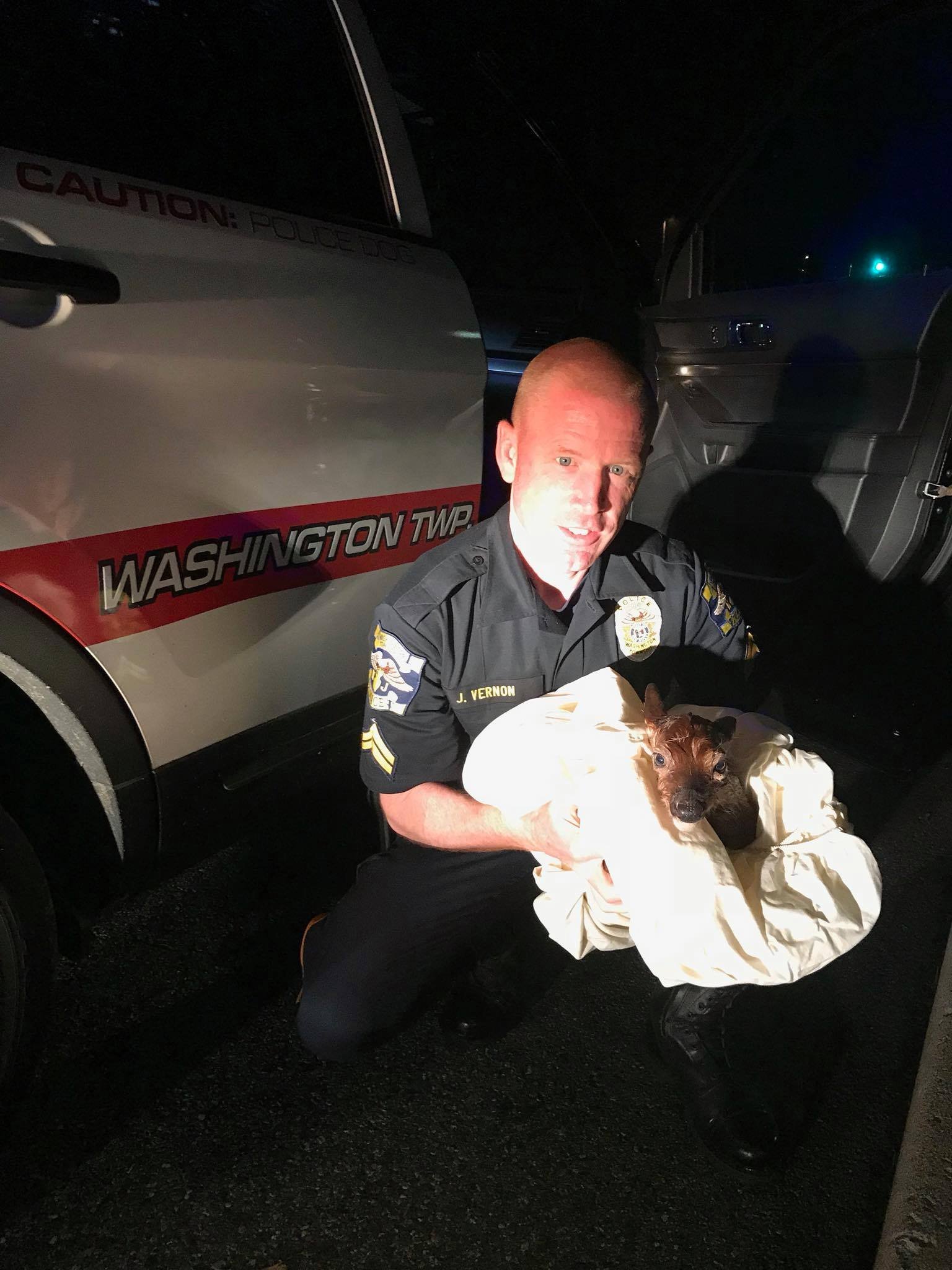 A New Jersey police officer saved a fawn by performing an emergency C-section on the baby deer’s mother after she was hit by a car.

Robert Lagonera, a Washington Township animal control officer, says he got a call early Friday morning that a deer had been struck and killed. The doe was pregnant with twins, and though one of the fawns died in the accident, another was still moving inside of the mother.

“When I arrived on the scene, Officer Vernon has already performed the C-section,” Lagonera told PIX11 News. “He’s sitting there holding a kind of bloody but living fawn and I just said, ‘Jimmy, have you ever done that before?’ And he said, ‘nope!'”

Lagonera took the baby deer to his house where he dried off the animal and rubbed its chest to help with its breathing. Photos showing the fawn wrapped in a white blanket were posted to the department’s page.