NORFOLK, Va. - Surgeons at Sentara Norfolk General Hospital have a new way of fighting cancer thanks to a new robotics system. Doctors said there are three weapons against cancer, including surgery, radiation and chemotherapy. In the operating room, surgeons and patients don't want any complications.

"Accessing and getting to line of sight, reaching tumors in the back of the throat has always been a challenge," said Dr. Daniel Karakla, a head and neck surgeon at the Sentara EVMS Comprehensive Head and Neck Center.

But that's changing, thanks to the Flex Robotics System being used at Sentara Norfolk General Hospital. News 3 was invited to a demonstration where a bell pepper was used. In the room, the robotics system was set up with the surgeon being close to the patient.

"I was excited when we learned we were getting the flex robot because previously we were using the Da Vinci robot," said Dr. Matthew Bak. With that, robotics system surgeons would operate from the other side of the room. "I didn't participate in using it because it's too cumbersome to use. This [Flex Robotics] is much more convenient for us to use," said Bak. 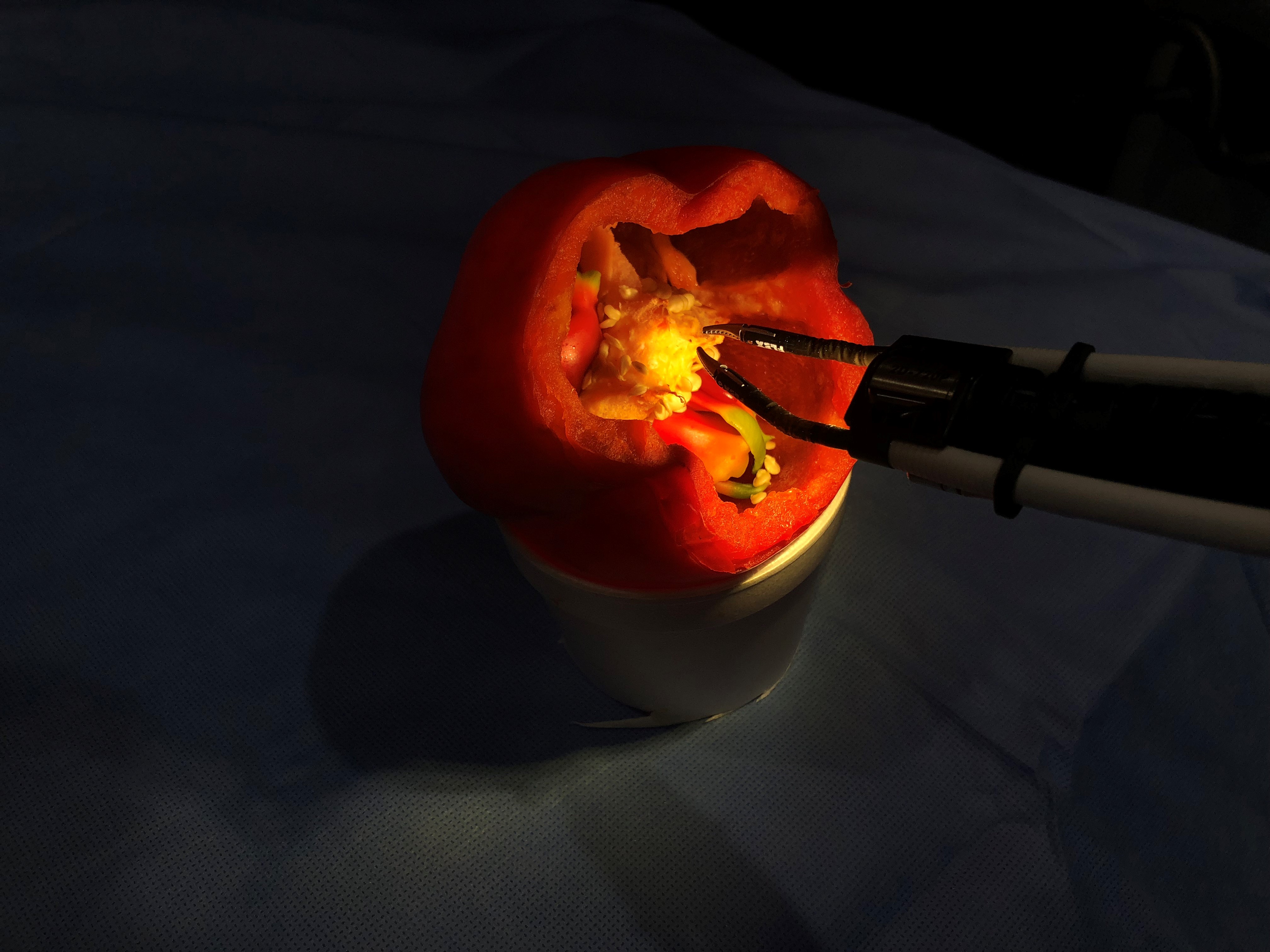 If there is a tumor in the back of the throat, a traditional split jaw surgery would be done if necessary.

"We do that when we have to. It'd be a split of the lip, open the jaw, get in the back of the throat to remove the tumor, then put things back the best we can. You can imagine that's a long recovery, disfiguring and very difficult to recover speech and swallowing function," said Dr. Karakla.

Surgeons in Norfolk operated using the flex robotics system in December, making them the first in Virginia to do so.

"This is not a robot by itself. We drive this thing. They are bendable, deployable, they articulate, they rotate," said Dr. Karakla.

It's a game changer when it comes to fighting throat cancer, which Dr. Karakla said is more common than one might think.

"I think a lot of people should be aware if they’re not of the HPV oral throat cancer epidemic. Human papilloma virus. We're really encouraging children, boys and girls, to get vaccinated to hopefully prevent this. But we see a lot of people with throat cancer," said Dr. Karakla.