CHESAPEAKE, Va. - What started as a normal Tuesday for one local veteran ended with a huge tree branch through his home.

Officials said they got a call around 10 a.m. about a large tree that fell through a house in the the 200 block of Fresno Drive.

World War II veteran William Waters told News 3's Samantha German that he was fixing lunch in his kitchen when he heard a huge crash.

"I was at the window peeling some carrots and all at once I heard a crash and everything covered the window at the back of the house; I couldn't see anything," Waters said."

Parts of the tree actually put a hole in his bedroom ceiling. One limb even made its way right in between his grandchildren's pictures hanging on the wall in his living room. 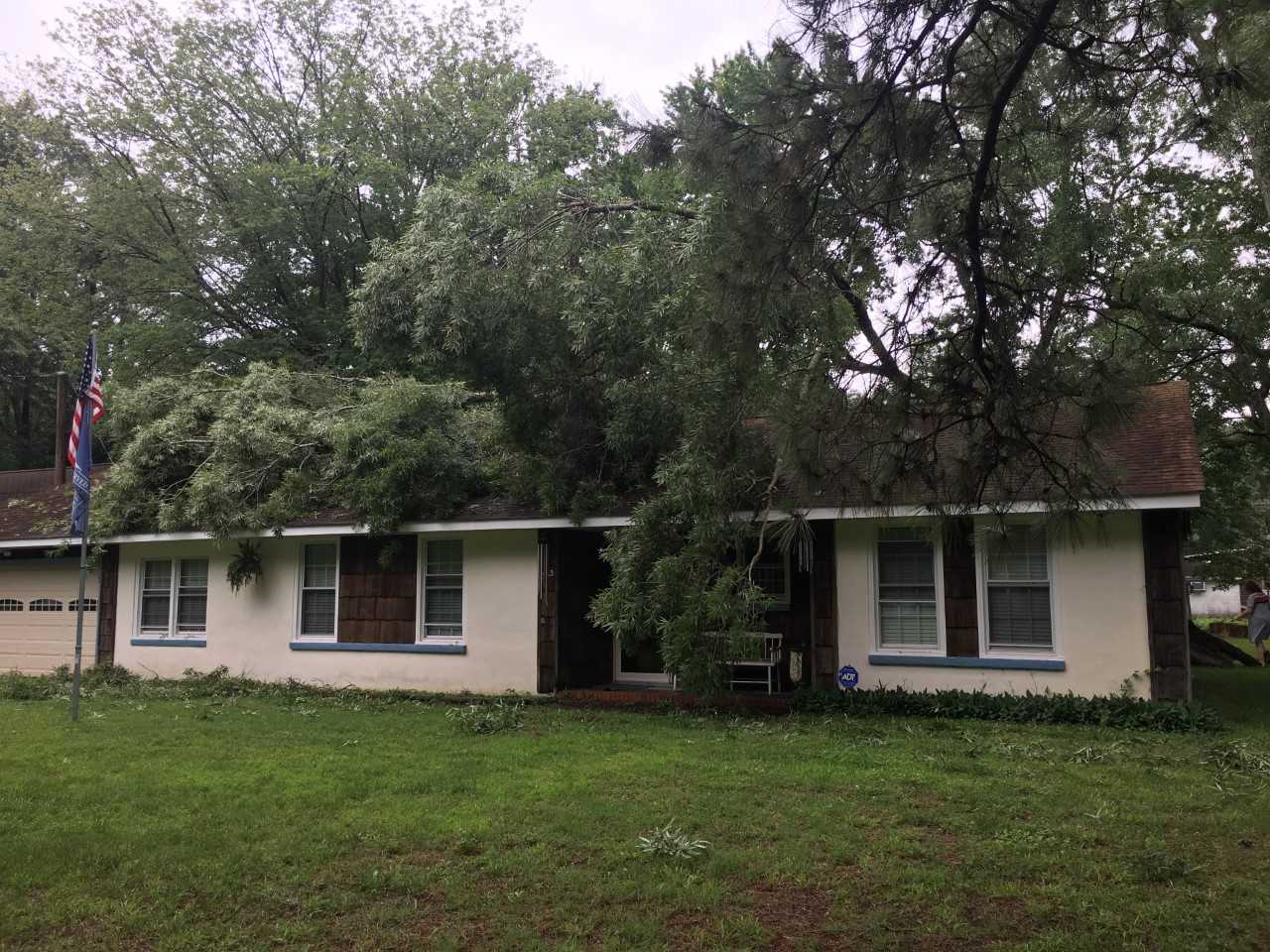 Some neighbors say they actually saw it happen. They said the cracks from the snapping branch was so loud it sounded like thunder. One neighbor across the street immediately called 911 and rushed over to check on Waters.

Waters said he believes the damage happened from water weighing the branches down from all the rain the area has been getting.

Thankfully, no one was hurt.

Although the home still has power, the family said the city told Waters he cannot stay at the home, which he was originally planning to do, due to safety concerns. They said the city told them officials will be back to re-evaluate the house around 10 a.m. Wednesday.