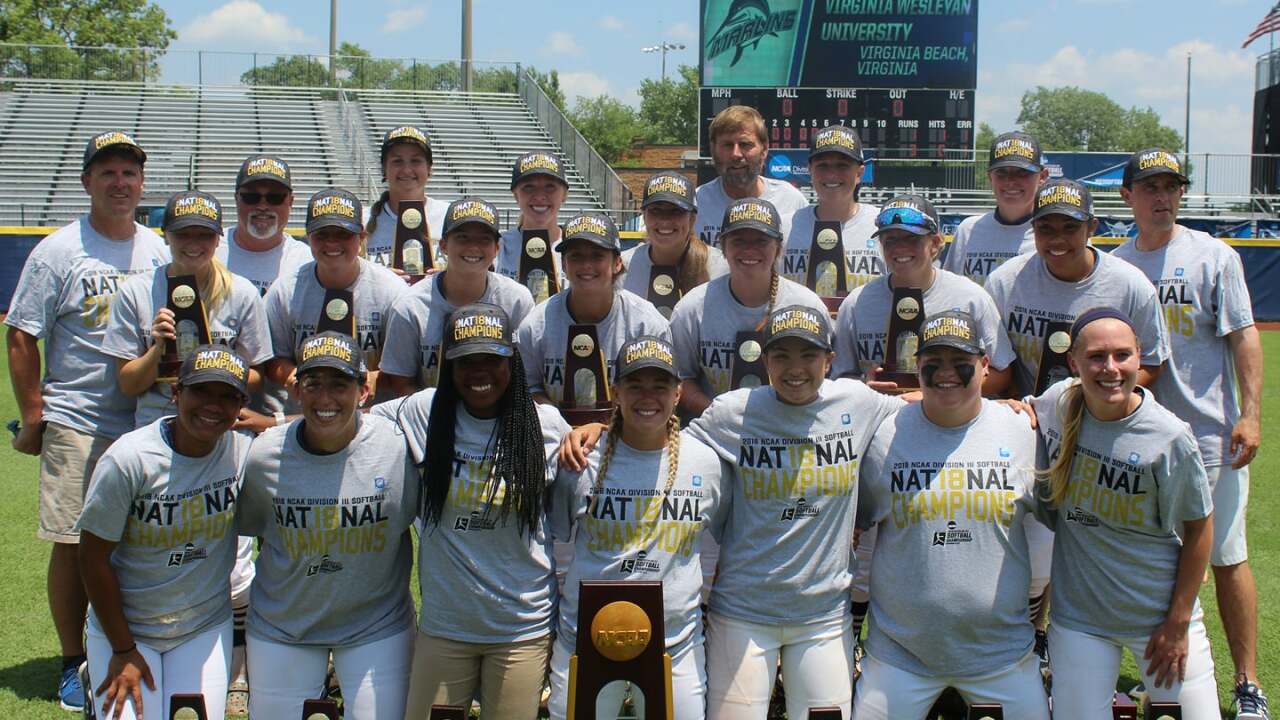 For the second straight season, Virginia Wesleyan University is NCAA Division III softball’s national champion. Tuesday, the Marlins won a third and decisive game vs. Illinois Wesleyan 3-1 to clinch the best two of three championship series at the Division III World Series at OGE Energy Field at the USA Softball Hall of Fame Stadium in Oklahoma City. VWU finishes the season with a record of 55-and-3, a Division III record for victories in a season and one win better than last year’s record-setting mark of 54-and-3.

The Marlins fell behind by a run early in Tuesday’s winner-take-all game three, but Virginia Beach’s Madison Glaubke (Ocean Lakes High School) clubbed a two-run home run in the bottom of the first inning to put the defending champs on top, 2-1. Cassety Howeron’s fifth inning sac fly gave the Marlins a 3-1 lead. In the circle, Hanna Hull pitched a complete game, allowing just one hit while striking out five. By earning her 40th victory of the season, Hull ties a Division III single-season record.

The Marlins won Monday’s game one 6-1 as Cassetty Howerin and Julia Sinnett each drove in a pair of runs, while Hanna Hull struck out nine batters in a complete game performance.

In game two, the Marlins dropped a 5-4 decision to IWU in eight innings to set up Tuesday’s winner-take-all tilt with the Titans.