No peaceful rest at Portsmouth cemetery

PORTSMOUTH, Va. - Lincoln Memorial Cemetery sits on the side of Deep Creek Boulevard and if you look in between the graves, you'll see the boulevard's name is quite fitting - so fitting some geese have found a new spot to bathe.

"It's shameful that's it's gone down as much as it has," says Rickey Pritchard, who lives by cemetery.

If any of this sounds familiar, you may remember News 3 was the first to tell you two years ago about the cemetery's maintenance problem. Today, the graveyard has dried up a little since then - but not much. So, the question still stands: Who's responsible?

"The cemetery in 2015 was gifted to one of our members here who no longer exists. He passed away. So, we're not really sure who owns the property. But, we do have documentation that the property is to be maintained by Wimbrough & Sons. We actually pay them to maintain that property," says Pastor Timothy Todd of Portsmouth Christian Church.

However, Wimbrough & Sons say they're doing everything they can to keep the graveyard's appearance up. They say they cut the grass and now even dig ditches in the cemetery lot so the sitting water will have a place to go. 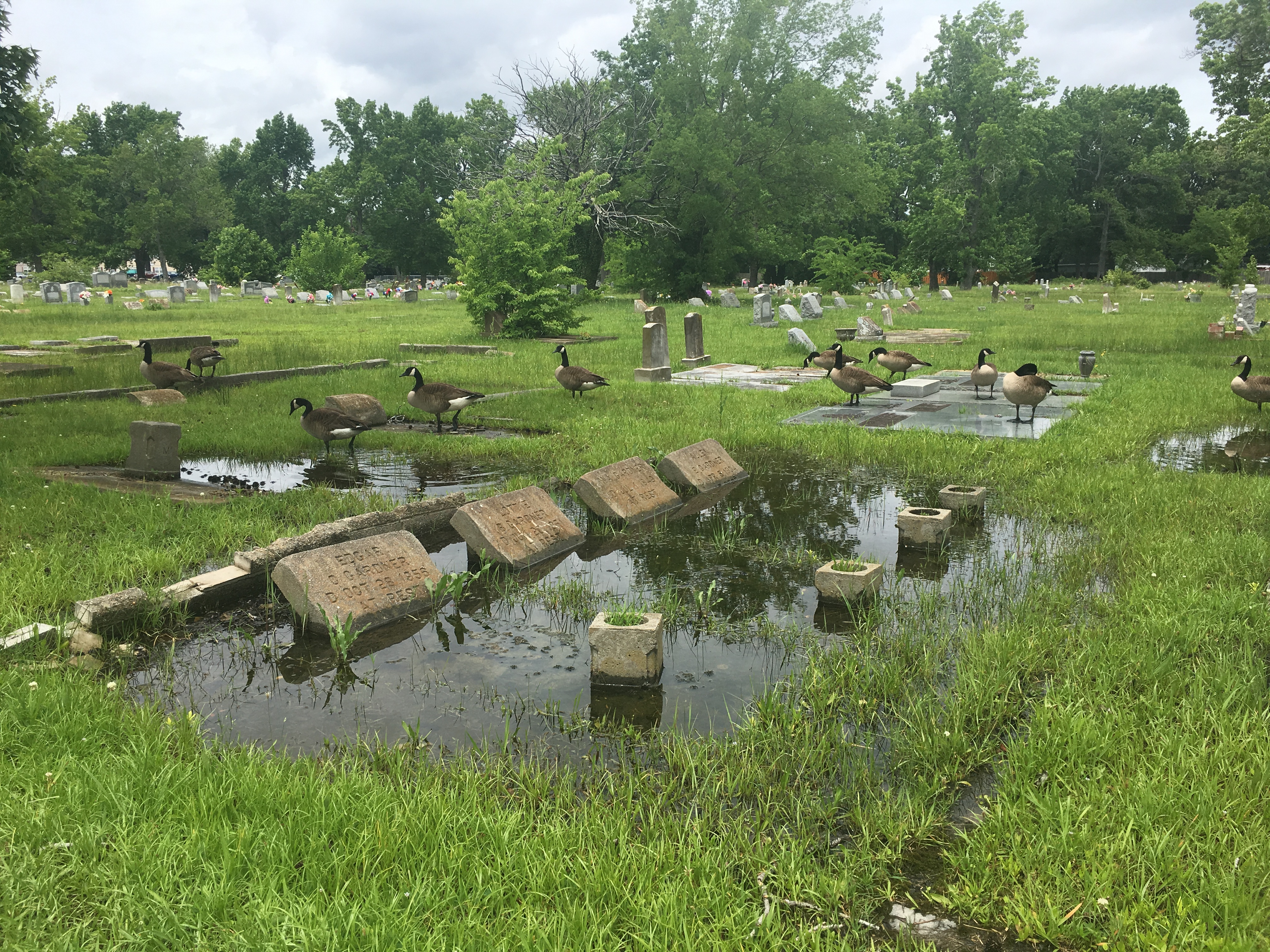 But some say a resolution needs to happen quickly because souls buried at Lincoln Memorial Cemetery aren't resting peacefully.

"You have really old tombstones there and a lot of really old military and people that have been gone for many years. They at least deserve for it to be preserved and kept up," says Pritchard.

"We're not really sure who owns the property. According to the deed, it's the person. Now, we're having to get our own attorney involved to kind of clarify what the paperwork says so we can finally find out who actually owns that land," says Pastor Todd.

The church has hinted they would like the City of Portsmouth to take over the cemetery, but the city says it has no plans to take over ownership.