As Marine Corps looks to future cyber warfare, recruiting and retaining older Marines could be key

WASHINGTON, D.C. - The United States Marine Corps is looking at ways to build the "Next Generation Marine Corps" and that could include recruiting and retaining older Marines in the ranks.

" Your Marines continue to innovate and build a Next Generation Marine Corps – a lethal, adaptive, and resilient Corps that implements combined arms as a means to conduct maneuver warfare across all domains, no matter the challenge – directly supporting the NDS, ready to fight and win across the ROMO. This transformation began in 2016 with the implementation of the Marine Corps Operating Concept (MOC). The MOC represents our institutional vision for how the Marine Corps will operate, fight, and win despite the challenges described above."

A major area where the Marine Corps continues to evolve is in the realm of cyber warfare.

"We have increased funding to MARFORCYBER to man, train, and equip cyber forces and conduct full-spectrum cyberspace operations," Neller wrote.

"The coordination, integration, and employment of information and cyber capabilities will enable the MAGTF Commander to facilitate friendly forces maneuver and deny the enemy freedom of action in the information environment," he continued.

General Neller discussed the future face of the Marine Corps during a luncheon at  WEST 2018 at the San Diego Convention Center in February.

"It’s really changing the way we see ourselves as a Marine Corps. It’s going to be a Marine Corps that’s a little bit older, a little more experienced," General Neller noted, before acknowledging and thanking the service of younger Marines present in the crowd.

"We need a little bit older, because it takes longer to learn these skills so we are organizationally looking at the whole way we do business. And it’s going to change our culture – not that we won’t have the capability to do forcible entry, we still have to retain that capability. But every one of these fights is going to be different and we are looking at our ourselves against these potential threats and how we might compete," he continued.

It's a message he reiterated Tuesday when delivering a keynote address at the 69th annual Current Strategy Forum hosted at U.S. Naval War College.

"We’ve got to change. The only thing we can’t do is stay the same. And that sometimes is a tough sell. Because it doesn’t mean what we were before is bad," General Neller said during the address.

'Trigger fingers turn to Twitter fingers'? Not exactly, but this is the next step in professionalizing our cyber force, which will be critical to our success, now and in the future. If you are a Marine interested in cyber ops, talk to your monitorhttps://t.co/VsD9N4p9Wf pic.twitter.com/WSmDACIK6Q

A review of age distribution demographics of Marine Corps by WTKR News 3 showed that in 2016, 69.75% of Active Duty Enlisted Marines were younger than 26 years old.

The data by the U.S. Marine Corps Concepts and Programs was last updated in February 2016. 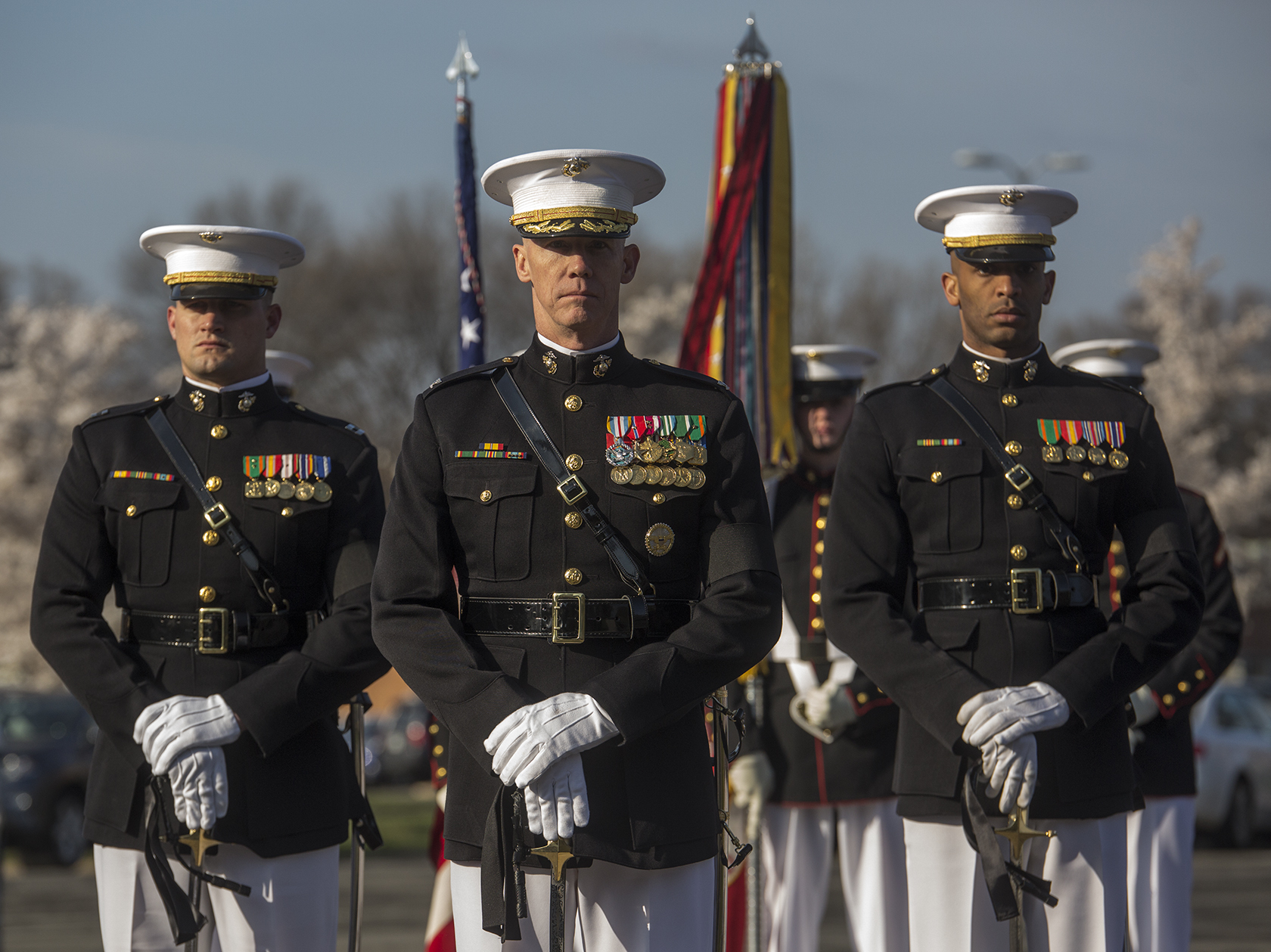