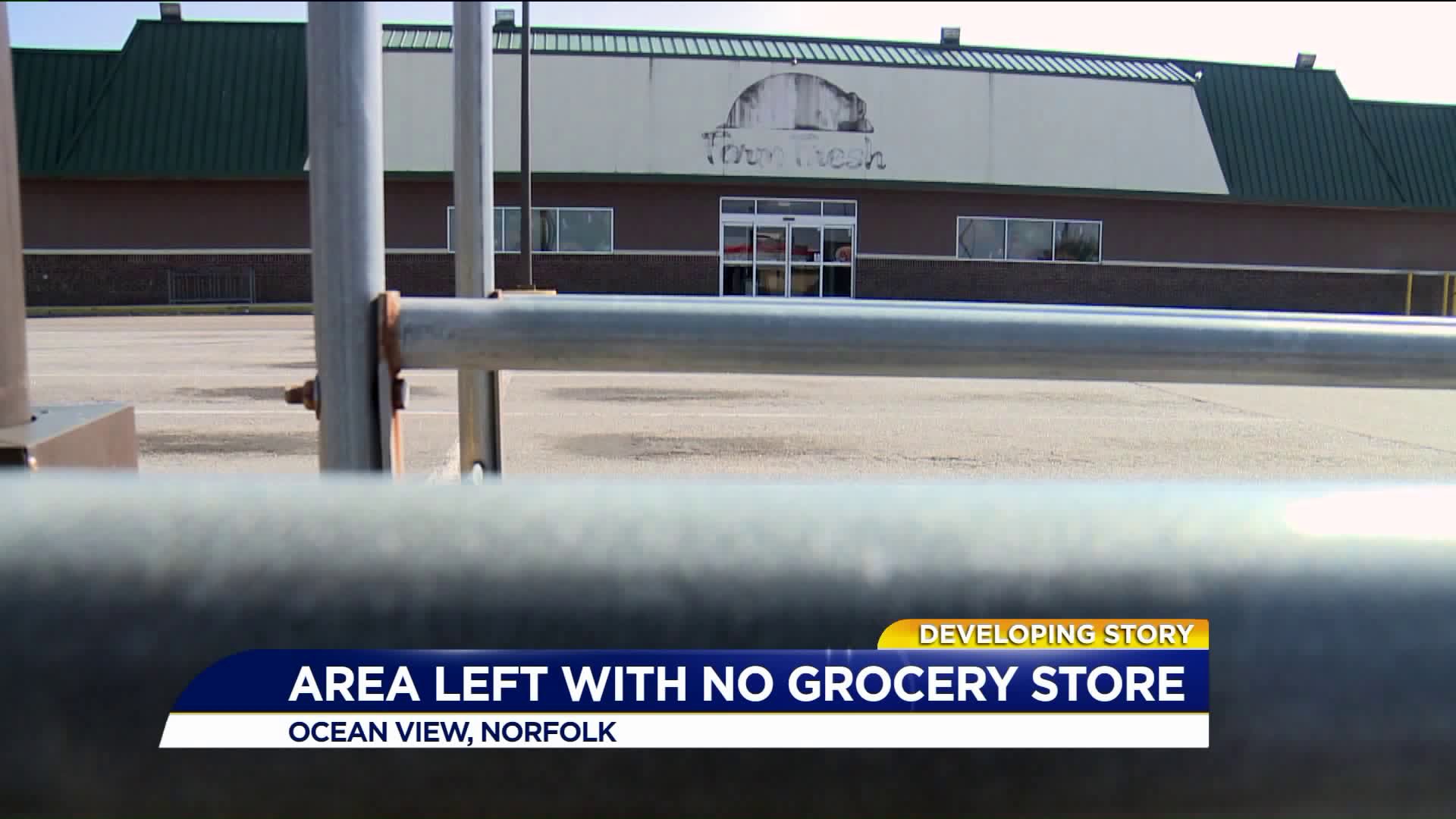 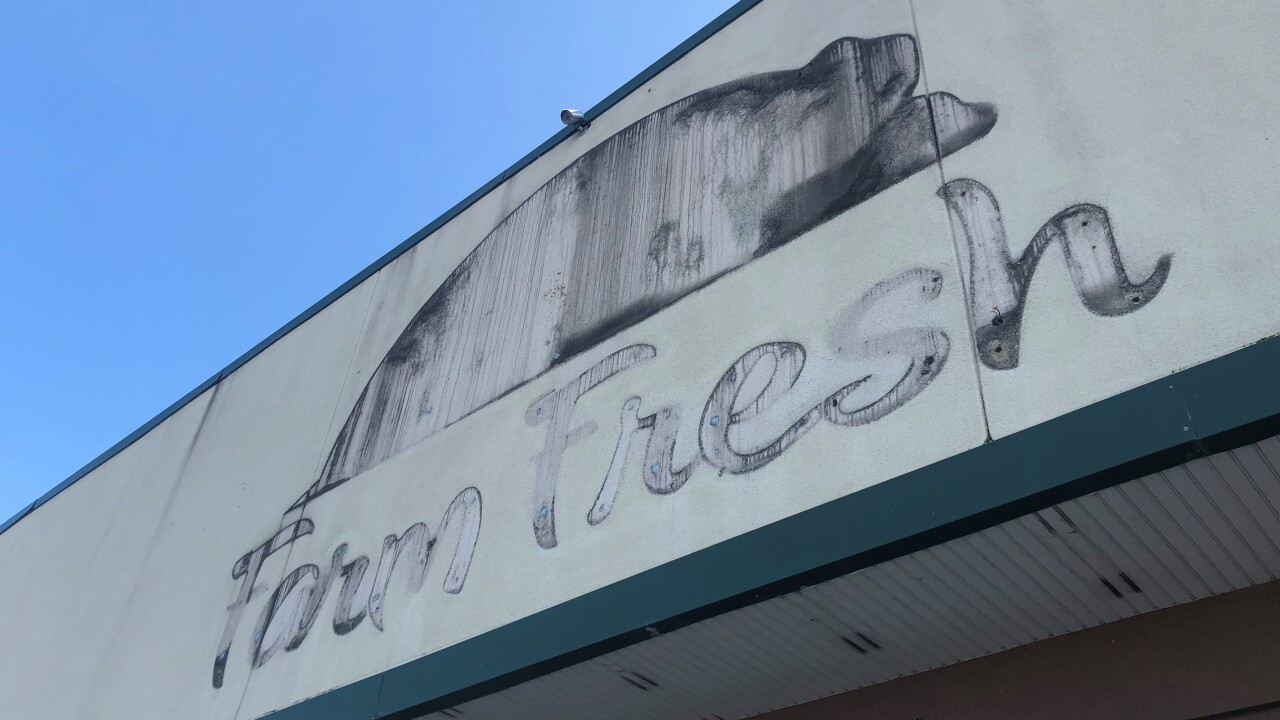 NORFOLK, Va. - Some people living in parts of Norfolk are struggling to get groceries since Farm Fresh's closure in April. The parking lot is more or less deserted and inside the dark store, shelves are bare.

About once a week, Shirley Kirk would walk to do her grocery shopping at Farm Fresh, but since it closed her attitude has changed.

"Terrible, miserable because I thought they'd keep it open," said Kirk, who only needed to walk three streets to get to the grocery store. It took her five minutes on a good day or 10 on a bad day.

Since the closure, the Ocean View area is a "food desert" - what the U.S. Department of Agriculture defines as a low-income area with a grocery store more than a mile away. Harris Teeter purchased the store.

"We're both very concerned. We heard from a variety of folks concerned about the residents who would typically bike or walk to the Farm Fresh," said McClellan.

She said they are working with the Human Services Department to see if free or reduced rates for cabs could be a possibility, reaching out to Lyft and Uber to see if there could be a partnership is also in the works.

"We're also in contact with Amazon to talk about options for the future to provide discounts for Amazon Prime so deliveries can be made to the house," said McClellan.

The closest grocery stores are about three miles away, including Harris Teeter, Kroger, Walmart and Food Lion. However, for those who don't have cars, this makes things very difficult when since walking is no longer an option.

Stephanie Morales uses a wheelchair and said the first week after Farm Fresh closed was a big struggle.

"We had to find another way to get there because we don't have no car. So I use the bus," said Morales. It takes her about an hour to get to the grocery store now.

It also takes Kirk about an hour to get to Walmart. So when some people don't have that kind of time, they resort to what is around.

"They're going to Dollar Tree, Burger King, McDonald's and that's not helping and they deserve better than that," said Doug Hoffman, the Commander of the Veterans of Foreign Wars Post in Ocean View. He's concerned about the elderly veterans who are having issues getting access to fresh food.

Many in Ocean View said they're eagerly awaiting the opening.

"It's so much bigger than fried chicken." Local foodbank says loss of Farm Fresh is devastating to their supplies