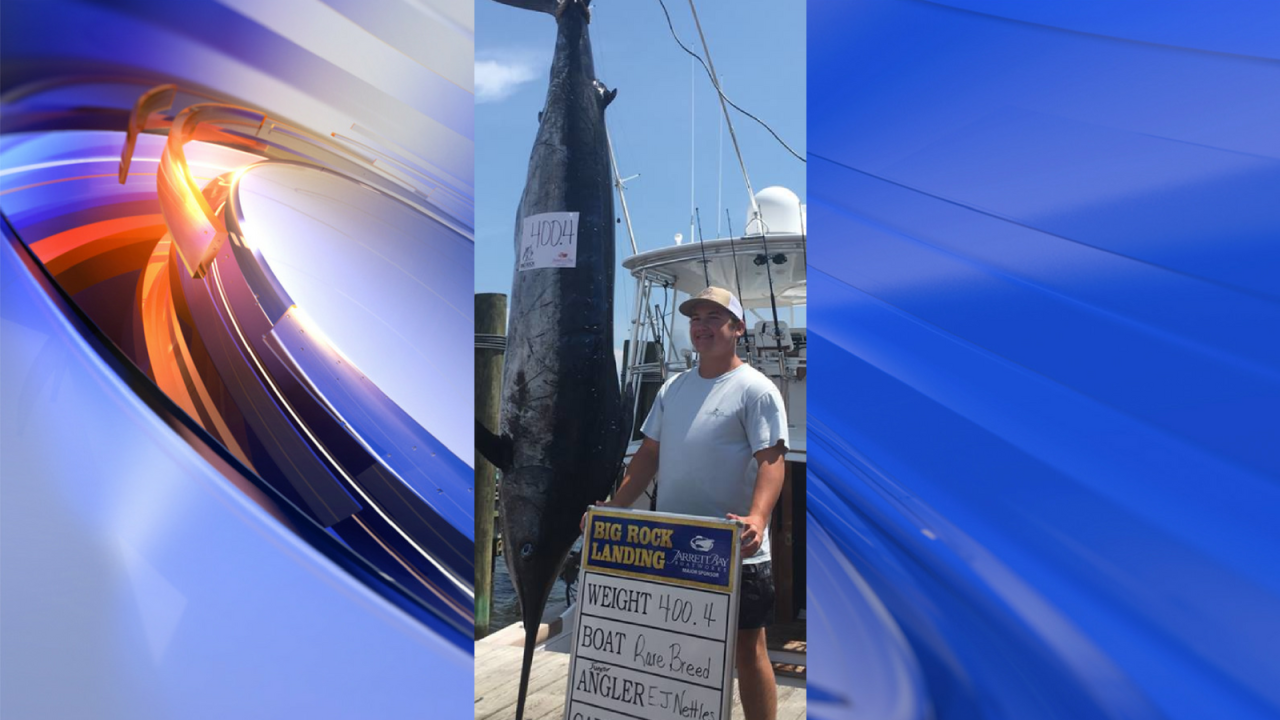 The catch was during The Big Rock Blue Marlin Tournament.

E.J. Nettles is believed to be the first known junior angler to weight in a blue marlin at the tournament, they said.

CBS affiliate WNCT reported the marlin barely made the cut because the minimum eligibility for a big blue is 400 pounds.

“I don’t even know, I don’t even know what to say to that, I was expecting a crazy lot going into this tournament, being able to bring fish back especially from my last ride, it is awesome,” Nettles told WNCT.

Nettles said it took about 45 minutes to reel the fish.