CHESAPEAKE, Va. - A local man will get to see a wedding gown he designed modeled on the runway in New York City. However, it's not made of expensive fabric or embellished with crystals. It's made of toilet paper.

Ronaldo, or Roy as he's affectionately known, spends a lot of time rolling, twisting and even braiding to add texture to plain old toilet paper.

"It's a lot of planning, a lot of preparations, a lot of trial and error," said Roy with a smile.

It's a labor of love for Roy. He saw the contest online and said he knew he had to enter. The 14-year-old contest invites contestants to create exquisite wedding gowns out of toilet paper. This is Roy's fifth year entering and he had extra time to devote after being laid off from being a florist at Farm Fresh. He said this contest wasn't out of the ordinary for him.

"When I was in the Philippines, I used to make gowns of other materials like shells, corn, dry flower," said Roy.

Using a lot of hard work, determination and most importantly, patience, Roy transforms toilet paper into a beautiful gown and veil. 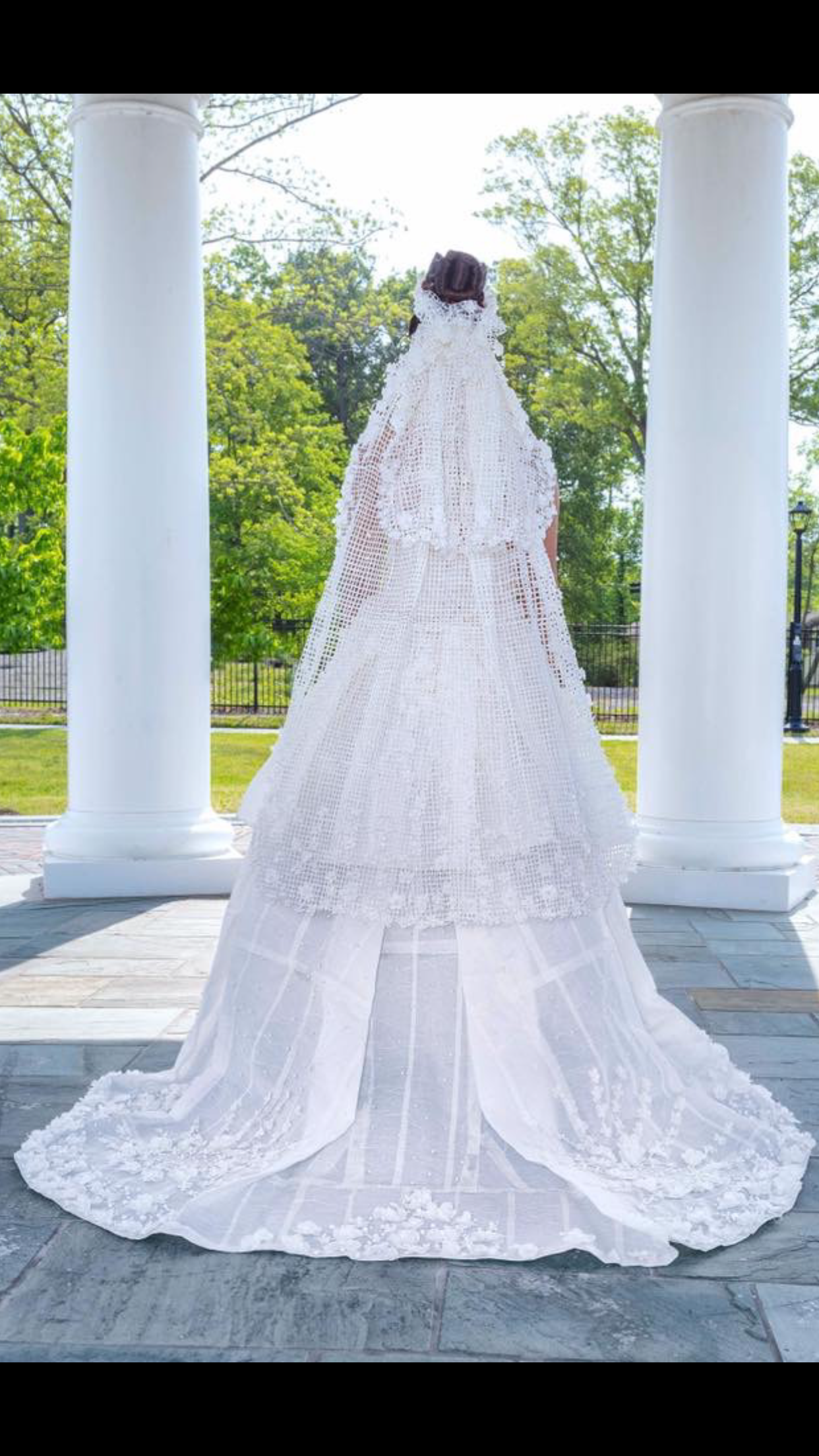 "I love designing, I really love creations. I love making flowers," said Roy. There are hundreds of flowers on his gowns. All made from scratch by Roy. This year's gown took him two months to make. He said he would make flowers all the time, including while watching TV to pass the time.

But last year, that love was suddenly halted. His mom was admitted into the hospital in April, just a month after he started working on his gown.

"We always go to the hospital...and Mom is dying. So I need to stop doing this because the feeling the emotions, the heartache... you can feel it," said Roy.

Thanks to his nephew, Roy picked back up where he left off and continued to work on the gown. But a week after his mom's funeral, his nephew died in a car crash.

"My nephew and my mother, they are my inspiration for my last gown," said Roy. The ballgown had hundreds of flowers on it and was one of the more elaborate ones Roy has created.

This year, Roy's gown has more of a straight silhouette. Soon, people will be looking up at his design as it's modeled on the runway at the renowned Kleinfeld Bridal Boutique in New York City. Roy's designs have made the top 10 before but this year, he's hoping it takes the cake.