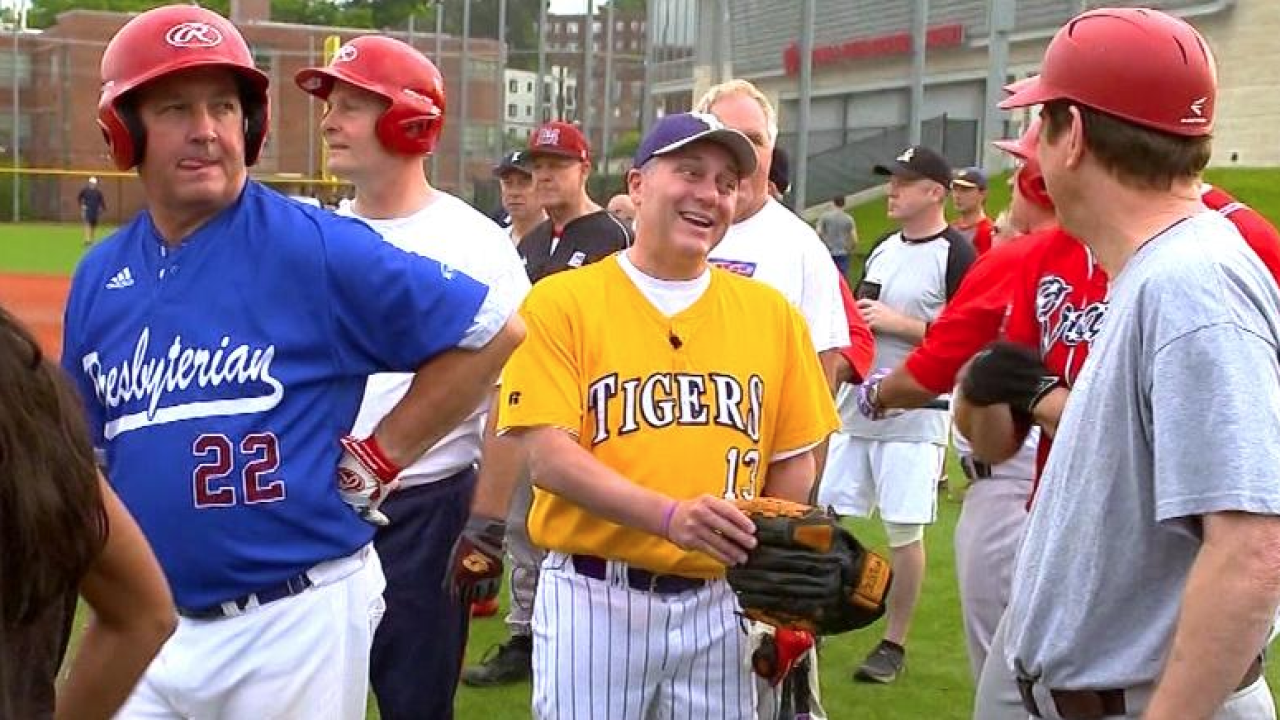 Democrats bested Republicans 21-5 on Thursday night in the annual Congressional Baseball Game for Charity at Nationals Park in Washington.

But few in attendance, or even on the field, were paying close attention to the scoreboard. The event marked a significant milestone in the recovery from last year’s shooting at a practice for the game that nearly killed one of the most powerful members of Congress.

That member, House Majority Whip Steve Scalise, participated in Thursday’s game, starting at second base. Scalise, who will never completely recover from the injuries he sustained that day, still walks with a limp. But his participation provided a cathartic release from a group of lawmakers, still stung by the events of a year ago.

“Steve is a fighter. He is a man of great courage,” said Rep. Chuck Fleischmann, R-Tennessee. “I knew Steve would be back, but to see him starting tonight was inspirational.”

Scalise was out there for more than show. The first pitch was hit directly to him, and despite not being as fleet of foot as he was a year ago, the Louisiana Republican made the play and threw Rep. Raul Ruiz, D-California, out at first base. His teammates mobbed him with cheers.

The game, an annual rite of summer for members of Congress that raises millions of dollars for various charities, took on a new shape after the shooting. While often considered an opportunity for lawmakers to put aside their partisan differences for a good cause, the shooting put a new emphasis on focusing on the positive. Rep. Tom Suozzi, D-New York, said that at the height of intense negotiations over the budget or policy things can get heated, but a game like this reminds them they are ultimately all Americans.

“It is a great way for Democrats and Republicans to come together, it is a great thing to show the country that we are human beings and we can spend time with each other and try and work together,” said Suozzi.

Scalise’s return was in many ways improbable. He has undergone several surgeries over the past year, missing months of work in the halls of Congress. In the days after he was shot, doctors said he was incredibly lucky to survive.

“To see him back here and to start and play was great,” said Rep. Nanette Diaz Barragan, D-California. “We can’t forget what happened and not have this just be one night of coming together, but to renew this conversation and continue the camaraderie that is built through baseball.”

Scalise’s remarkable recovery is serving as a call to action for his fellow members, both Republican and Democrat, to take the goodwill from the ballpark and transfer it to the House and Senate floors.

“Some of the best friends I have in Congress are the friends I’ve made playing baseball,” said Rep. Linda Sanchez, D-California. “It helps to break the ice. I wish we had more events like this.”