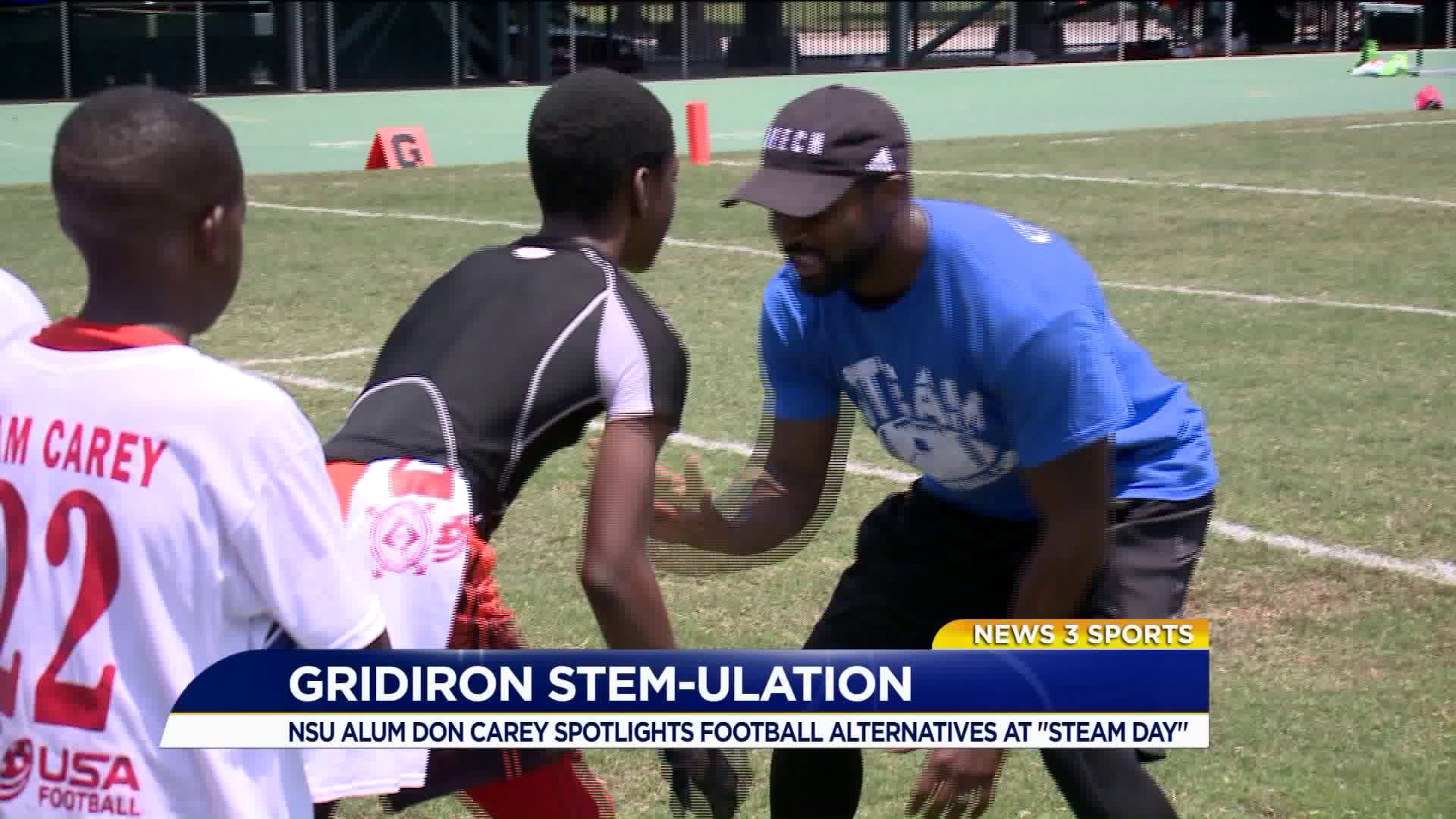 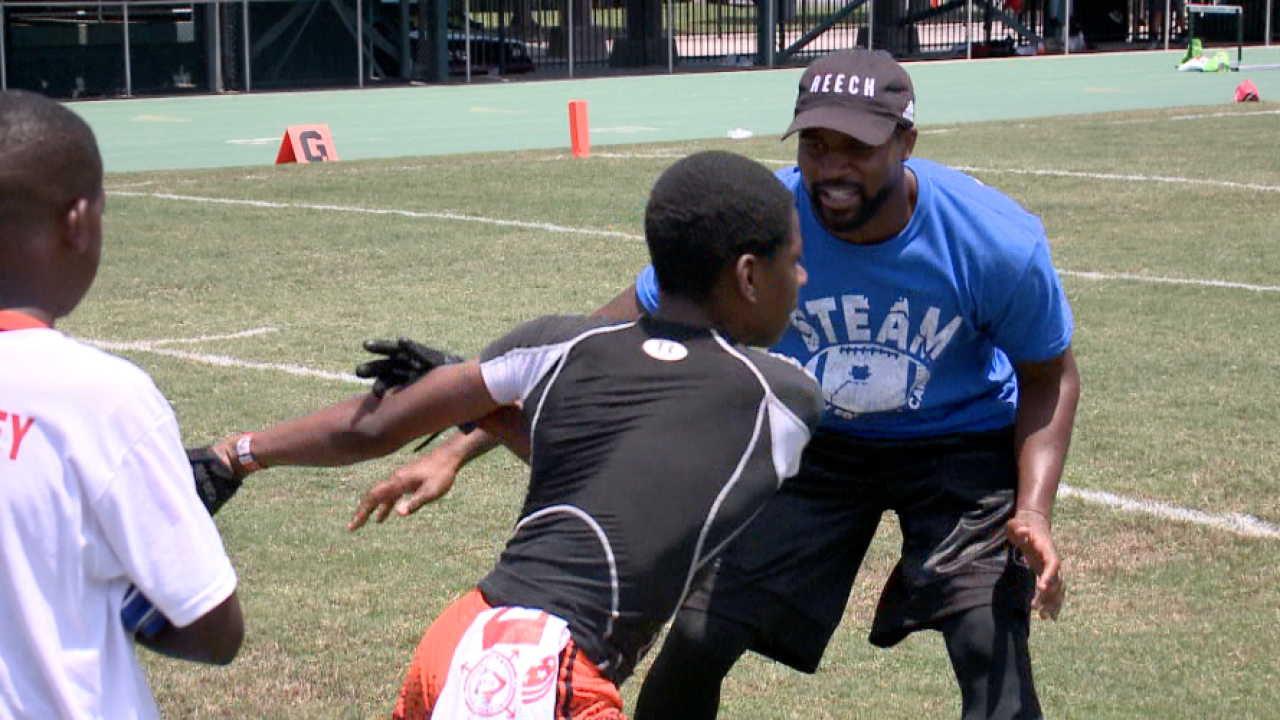 NORFOLK, Va. - Don Carey has made a living making plays on the football field since 2009. That hasn't been the only place he makes plays.

Off the field, Carey, a Norfolk State alumnus, has put his degree in building construction technology to use, getting hands-on in the STEAM sector - an acronym for Science, Technology, Engineering, Art, & Math.

Now the Jaguars defensive back is passing down his knowledge of the STEAM field to local kids. Through his REECH Foundation, 300 youth aged 6-17 learned from Carey and other local players at his "STEAM Day" youth football camp.

Not only did they hit the field, but after drills, campers headed inside to learn about all the possibilities there were in the STEAM field.

"I hope they walk away saying 'I didn't know that STEAM job exists, I want to do that when I grow up," said Carey. "We utilize football as a hook to bring them in, and then we immerse them in local STEAM companies to help them reach a passion they may not have known existed."