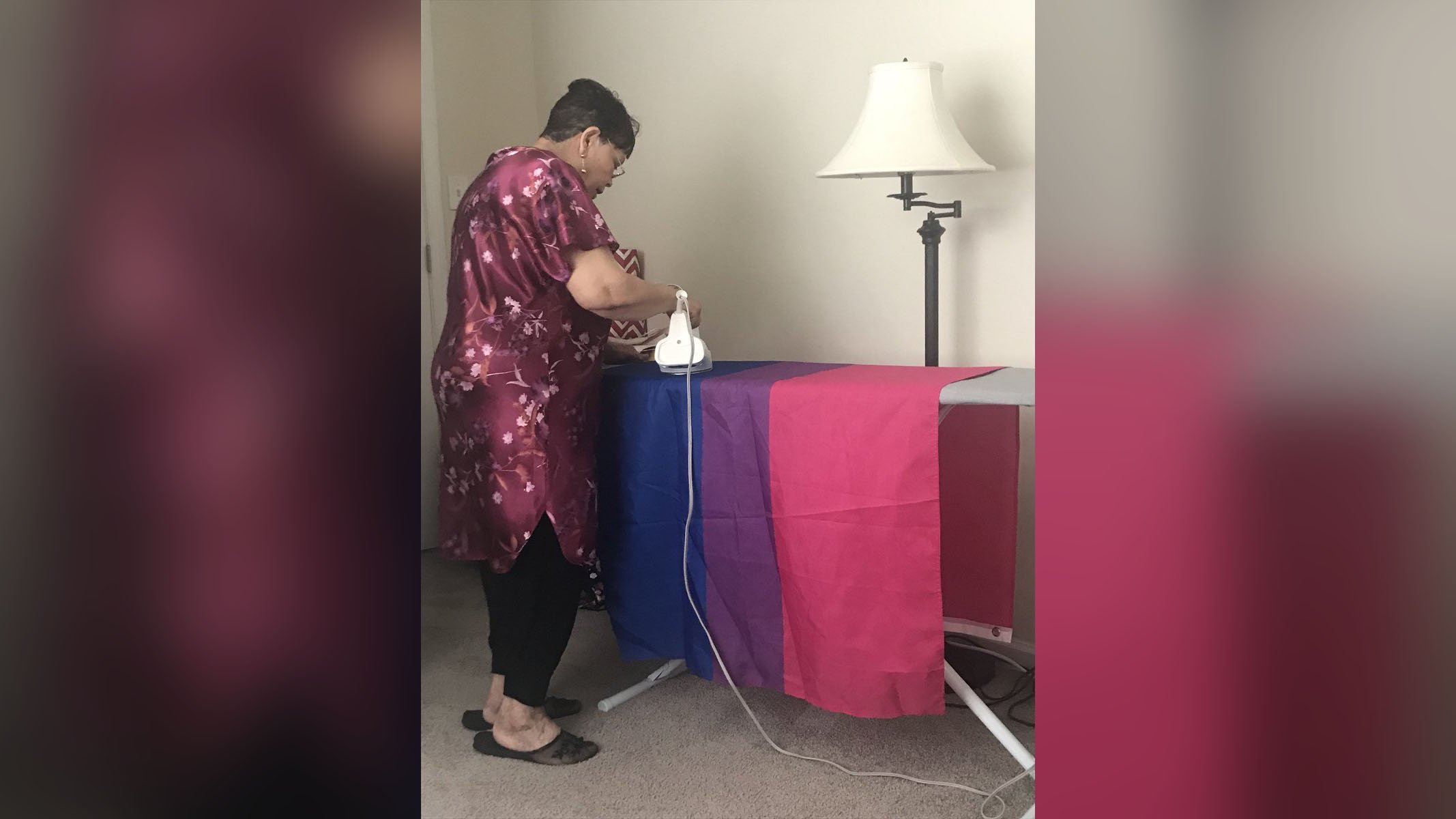 It was a mundane gesture. And yet for Lexie Nobrega, it was so much more.

The young Alexandria, Virginia, woman was getting ready for Washington D.C.’s Capital Pride Parade on Saturday when her grandmother came into her room and spotted her bisexual Pride flag.

“Oh, this needs to be pressed out!” Hermina Nobrega told her. So the grandmother got an ironing board and smoothed out the wrinkles in the flag, which has stripes of pink, dark blue and purple. Lexie said she didn’t need any help, but her grandmother insisted — she ironed her granddaughter’s Pride costume, too, just to be safe.

Lexie Nobrega, a rising senior at Old Dominion University, tweeted a photo of her grandmother at work, saying, “Such a simple gesture, but it holds so much love and meaning for me.”

The comments shared a similar message: Sometimes it’s the small things that matter most.

“A lot of times ppl don’t realize the most validating things are the little gestures,” one user said.

“It’s so good to feel loved and seen,” said another, describing her grandparents’ response to her coming out.

Lexie Nobrega identifies as bisexual, and her sexuality is no secret. She came out to her grandparents during her senior year of high school, a few years after she told her friends and her mother.

“I didn’t know what they would think of me, but nothing changed,” she told CNN. Her grandparents hugged her and told her they loved her. They had always been that way, ready to accept people as they are, she said.

Lexie Nobrega hopes more people will follow a path of “love and positivity,” especially during June, the traditional Pride month.

“Be respectful … support large and local LGBT organizations, volunteer, donate to shelters,” she said. “Be supportive of your friends who are LGBT. Let them know that they’re loved.”