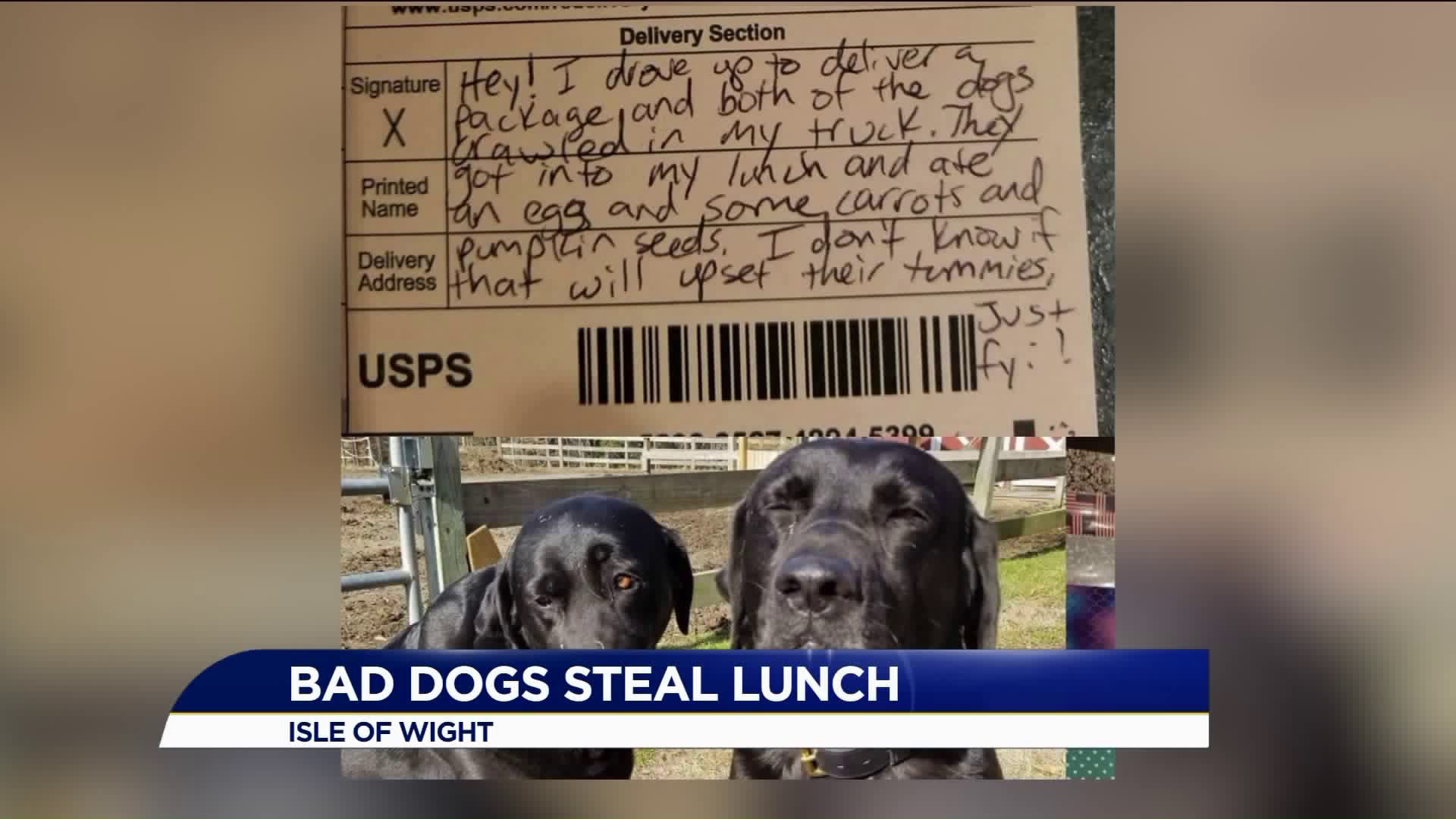 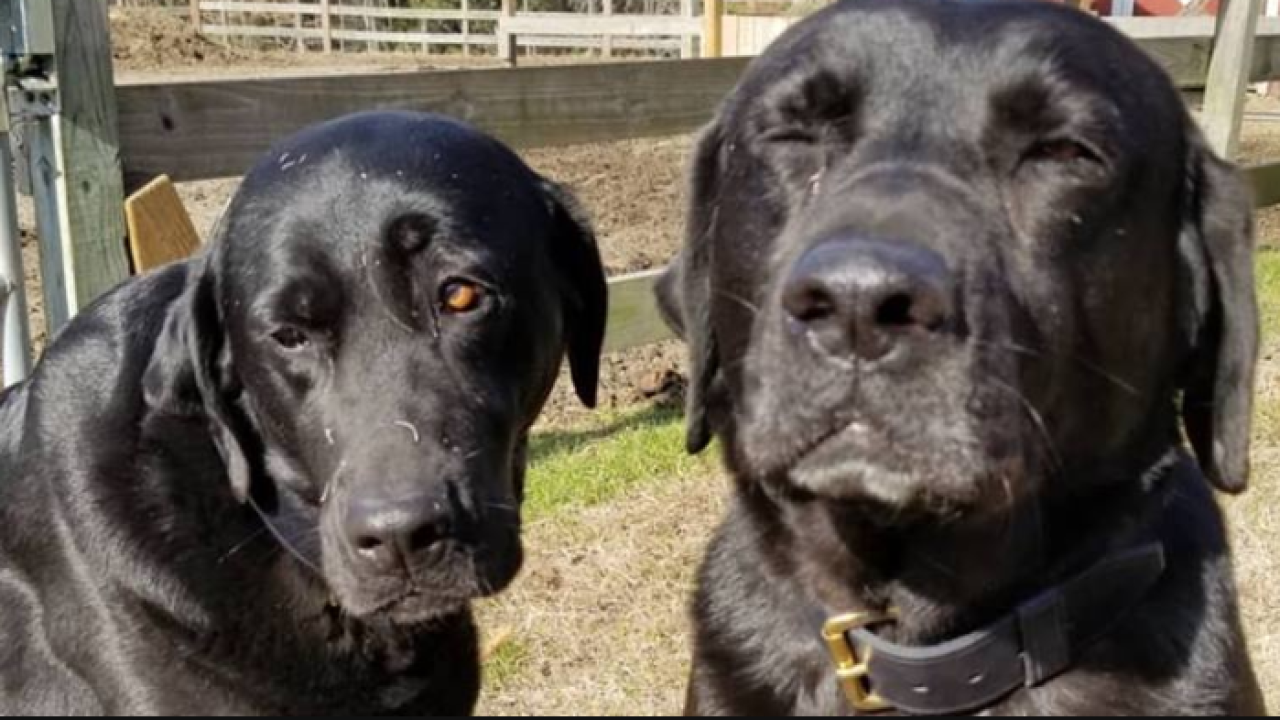 Carol Jordan posted a photo on Facebook outing her trouble making pups and it's been shared thousands of times.

The photo shows a note from a postal worker that explains what her dogs got into....and ate!

The note said, "Hey! I drove up to deliver a package and both of the dogs crawled in my truck. They got into my lunch and ate an egg and some carrots and pumpkin seeds. I don't know if that will upset their tummies, just FYI!"

Jordan posted the note along with a picture of the dogs with an expression that can only be described as a 'sorry, mom!' look.

The story doesn't end here though, Jordan then apologized to the postal worker by giving her a thank you note and a Subway gift card for a new lunch.

Jordan told News 3 she always catches the dogs after the act. They have been known to tear down spouts, ruin a tractor, hunt for a mice and to dig up holes while chasing moles but they can never catch them doing any of it! She also added she rescued the cute dogs as puppies.