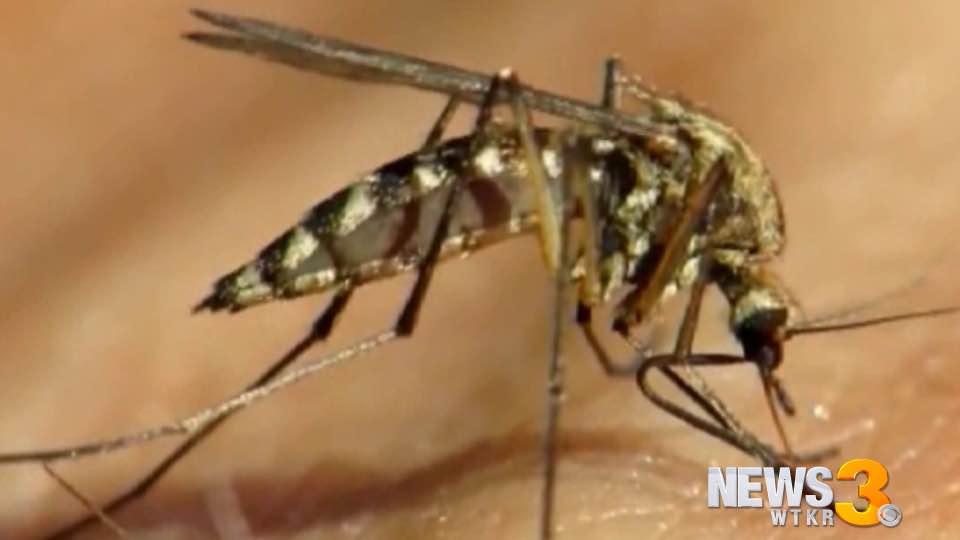 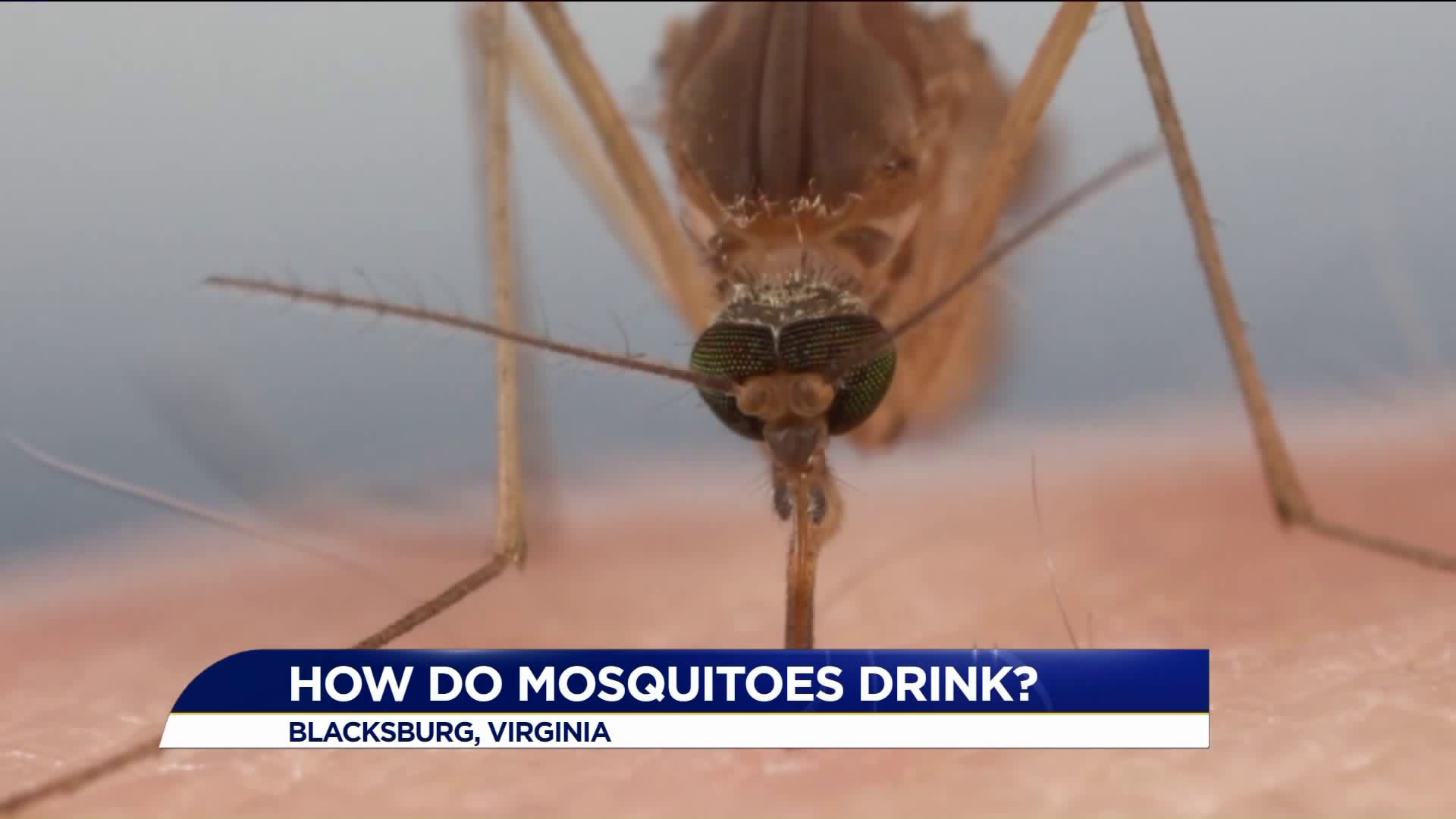 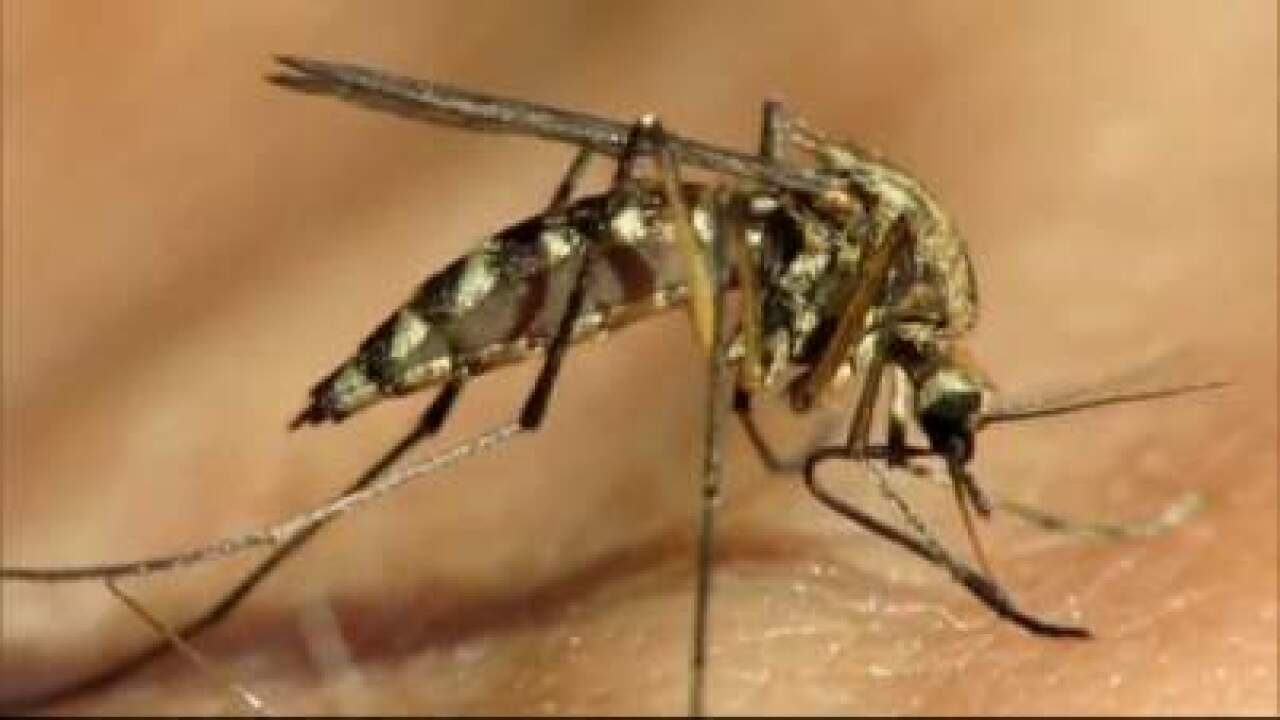 BLACKSBURG, Va. - Summertime means the return of mosquitoes and new research is expanding what we know about the pests.

Dr. Jake Socah is an associate professor in the Department of Biomedical Engineering and Mechanics at Virginia Tech. He's also the senior author on a study published in Scientific Reports about an international research effort that led to the discovery of a new mode of drinking for mosquitoes.

"Mosquitoes have two pumps in their heads and they must drink to live. So understanding how they drink is a fundamental question," Dr. Socha told News 3 anchor Todd Corillo.

"Other people have studied how mosquitoes drink before, but what we discovered is that mosquitoes have a second way of drinking," he continued.

In the traditional mode of drinking, the two pumps fire one after another, in a small and fast way, a couple of times per second.

"In the continuous mode, it’s an efficient way of drinking. So the animal can drink without using very much energy," Dr. Socha explained.

In the newly discovered second mode of drinking, mosquitoes are expending a lot of energy.

"What we call a burst mode of activity where the second pump expands to a huge amount. First pump does as well. So you take the system and go to full capacity," Dr. Socha said.

"In the second mode of drinking, the animal gets a huge burst in volume, so you pull a lot more fluid into the animal and a lot more food. But it comes at a great cost."

That cost comes in the form of energy, with a mosquito using more than 1,000 times more energy to create the large burst. Recognizing that led researchers to question what the benefit would be to this mode of drinking and that answer appears to lie in survival.

"If anything gets stuck in there, you’re gone. You’re dead. You can’t drink anymore. So with this burst mode, it can create a huge pressure drop that might drive whatever is stuck through the system," Dr. Socha elaborated. "If an air bubble sticks in there then you can’t drink. So with this burst mode, it could then pull that bubble through the system and it could continue to drink."

Understanding that could help future research, and in the control of diseases that are spread by mosquito vectors, a major public health concern.

"Feeding is critical in the process of disease transmission. So the more you know about how it feeds, the more you can potentially target that feeding as a way of controlling the spread of the disease," Dr. Socha stated.

This research was funded in part by the National Science Foundation and the Virginia Tech Institute for Critical Technology and Applied Science.