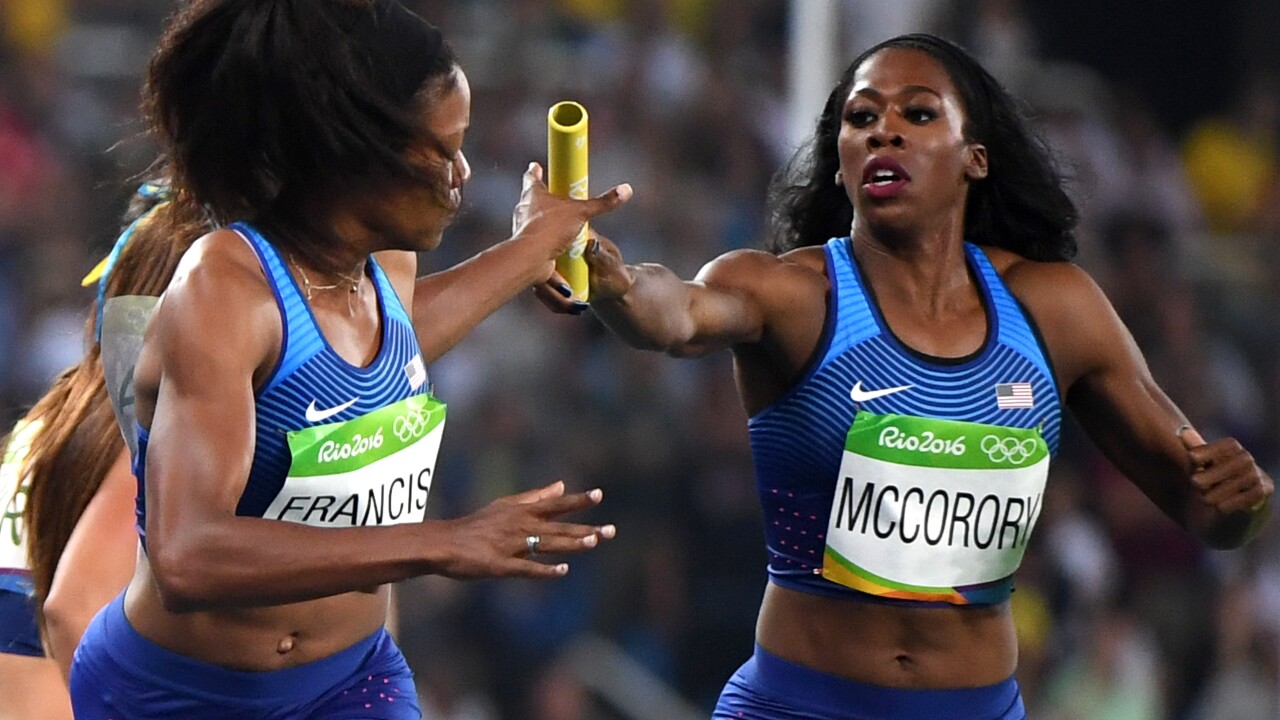 USA’s Phyllis Francis (L) grabs the baton from USA’s Francena McCorory as they compete in the Women’s 4x400m Relay Round 1 during the athletics event at the Rio 2016 Olympic Games at the Olympic Stadium in Rio de Janeiro on August 19, 2016. / AFP / OLIVIER MORIN (Photo credit should read OLIVIER MORIN/AFP/Getty Images)

CHARLOTTESVILLE, Va. – Add another accolade to the resume of Olympic gold medalist Francena McCorory. Earlier in May, the Virginia High School League announced it’s high school Hall of Fame Class, and the Hampton native was one of five athletes selected to be inducted.

Starring at Bethel High, McCorory stands among the best to have laced up the spikes on the Peninsula. Among her numerous feats, her eight individual indoor state championships stand as a VHSL record, with a combined indoor & outdoor individual state title count of 15.

At the national level, she set an indoor record in the 300-meter dash.

After a decorated career at Bethel, McCorory stayed home and attended Hampton University, where she clinched back-to-back NCAA indoor 400-meter dash titles in 2009-10.

As a member of the 2012 Olympic team in London, McCorory brought home a gold medal as a member of the 4×400-meter relay team. She went on to win gold again in Rio at the 2016 Olympics as well.

Longtime Maury boy’s basketball coach Jack Baker is being inducted as a coach. Retiring last summer, Baker left the Commodores program with the third most wins in VHSL history (746).

The induction ceremony is being held June 24th in Charlottesville, with a Gold Tournament on Monday in Gordonsville.

Athletes are eligible for consideration 10 years after the completion of their high school careers, while coaches are eligible after 15 years of experience or upon retirement.