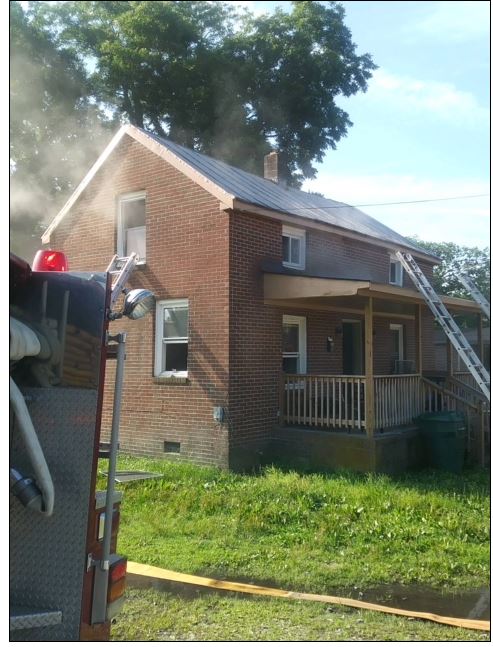 According to officials, firefighters arrived on scene to find heavy smoke coming from the rear of a two story duplex in the 400 block of St. James Ave.

The fire damaged a bedroom, then moved down the hallway, causing damage to a second unit in the duplex. The fire was under control around 9:00 a.m.

No one was home at the time of the fire and there were no reported injuries. Three adults and four children have been displaced from the fire.

All of the residents are receiving assistance from the American Red Cross.

The cause of the fire is being investigated by the Suffolk Fire Marshal’s Office.