WILLIAMSBURG, Va. - It is a mystery about what happened to 65-year-old Susan Schmeirer and her 64-year-old husband William Schmeirer.

The last time the couple was spotted together was on June 2 near the Amboy Crater National Natural Landmark, a spot known for its beautiful views but rough terrain that is especially difficult to navigate in the heat.

The spot is 2,500 miles from their home in Williamsburg.

On June 1, law enforcement received a call about the couple’s car that had been abandoned for 10 days, according to the San Bernardino Sheriff’s Department in California.

They said they were supposed to meet family in Palm Springs on June 2 but never arrived.

Human remains matching the description of William were found, but officials are still waiting for the official coroner report. There is still no word on Susan’s whereabouts.

“It just devastated me. My heart almost stopped. Totally unexpected,” said Bob Hershberger, a friend who has known the couple for nine years.

Hershberger said the couple has done a lot of traveling in the last couple of years. He said they went to Asia, Europe and took a cruise to Antarctica.

The couple worked and volunteered for the College of William & Mary. The school issued a statement reacting to the Schmeirers' disappearance:

Susan and William Schmierer have been engaged and valued members of the William & Mary community. Our thoughts are with their family at this difficult time.

Susan Schmierer worked part-time in undergraduate admission during the 2010 to 2017 application seasons. William Schmierer was a member of the Swem Library Board from 2014 to 2016. Both have volunteered with Special Collections and they are the parents of two William & Mary alumni.

“Over the weekend members of the San Bernardino County Sheriff's Department Morongo Search & Rescue continued combing the area of Amboy Crater looking for Susan Schmeirer.  By 10:30 a.m. ground temperatures hit 130 degrees and by 2:00 p.m. the ground temperatures reached 165 degrees with an air temperature of 117 degrees.  Due to the hot temperatures by 10:30 a.m., the use of search dogs was terminated. The rough terrain and weather conditions disabled two sheriff's department off-highway search and rescue vehicles.

Susan and William Schmierer's family hired the services of DroneUp out of Chesapeake, Virginia, to conduct fly-over with their drones.  Seventy-eight analysts associated with DroneUp reviewed the captured video/photos and identified areas of interest to be searched. This gave exact GPS coordinates for search and rescue members on the ground. Susan has not been located.

Investigators located video surveillance footage showing the missing adult June 2, 2018, at 11:13 a.m., the couple was last seen alive at the Amboy Crater National Natural Landmark. The video footage is not available for release. Foul play is not suspected at this time.”

“It’s a big mystery and until we get answers to the questions we really don’t know anything,” said Hershberger.

Law enforcement say they are waiting for the dental records to come back. The search will continue as many people in this area hope and pray for some answers. 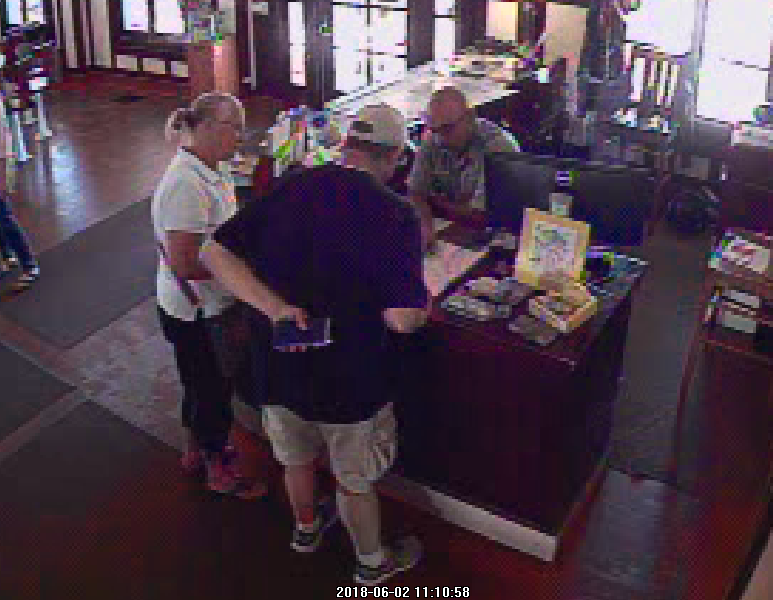