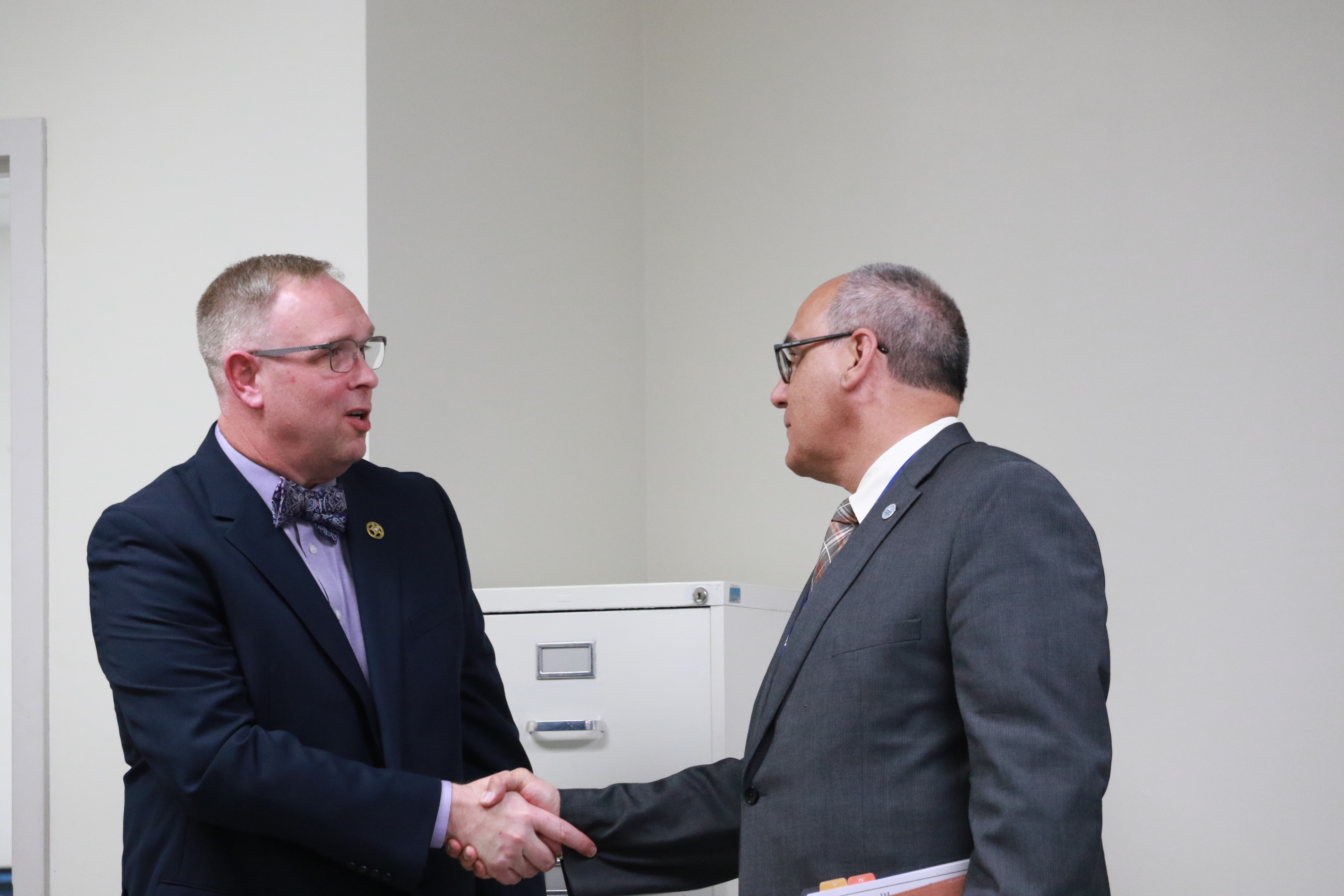 On Tuesday, Col. David A. Hackworth was officially sworn into his new position after the Hampton Roads Regional Authority voted to offer him the full time position. He will join the staff permanently after serving three months as the interim superintendent of the facility after the previous superintendent, Ronaldo D. Myers, resigned in March.

“We were really impressed with the way Superintendent Hackworth came in and addressed some of the things that were on the top of the priority list for the Board. Of course, we really were focused on getting the vacancies down and he has done a great job with that,” said Chairman Martin A. Thomas, Jr.

During his time at the jail, Hackworth has been credited with boosting staff morale and filling staff vacancies.

“I always preach three major points with the staff; and that’s communication, relationships and follow-up. I believe if you can really focus on those three things, you’ve got a recipe for doing something really meaningful,” says Superintendent Hackworth. “When I got in here, I wanted to make sure that I really developed good relationships with our member jurisdictions so that we really do operate like a regional facility.”

Hackworth is the former Chief Deputy of the Chesapeake Sheriff’s Office and has served in law enforcement for 31 years. He earned a Bachelors of Science in Criminal Justice from Bluefield College and a Masters in Management from Liberty University. Hackworth has been a Certified Jail Manager with the American Jail Association for 14 years.