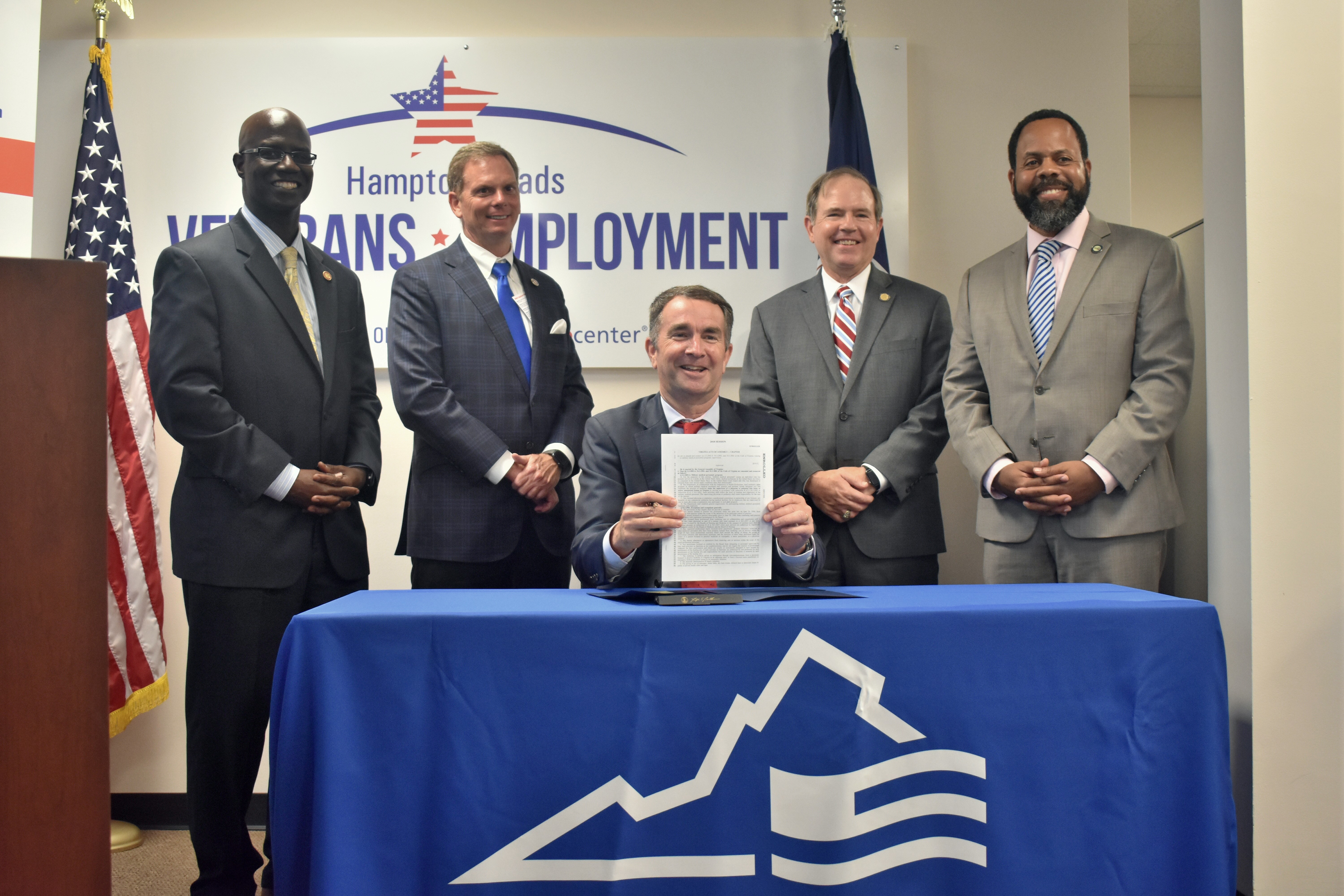 NORFOLK, Va. – At a special ceremony this week, Gov. Ralph Northam signed legislation making the Virginia Department of Veterans Services’ Military Medics and Corpsmen, known as MMAC, a permanent part of the program here in Virginia.

As a part of the new initiatives, Northam tasked the MMAC with hiring 300 veterans by the end of his administration.

Making this pilot program a staple in the department was important to Northam, a former Army doctor who worked alongside medics during Desert Storm. Northam has seen firsthand how difficult it can be for medics and corpsmen with an abundance of experience to get work once they have returned to civilian life.

MMAC, made as a pilot program in 2016, has proven to be a success and a pathway for careers in the civilian healthcare industry for recently discharged Army Medics, Navy and Coast Guard Corpsmen and Air Force Medical Technicians.

Since the program was created, 76 veterans have been hired in civilian healthcare, and 43 of those veterans met the qualifications to practice specific advanced skills learned in the military.

Virginia was the first state in the country to create a program like this, and now other states are following the lead and beginning to start similar programs.