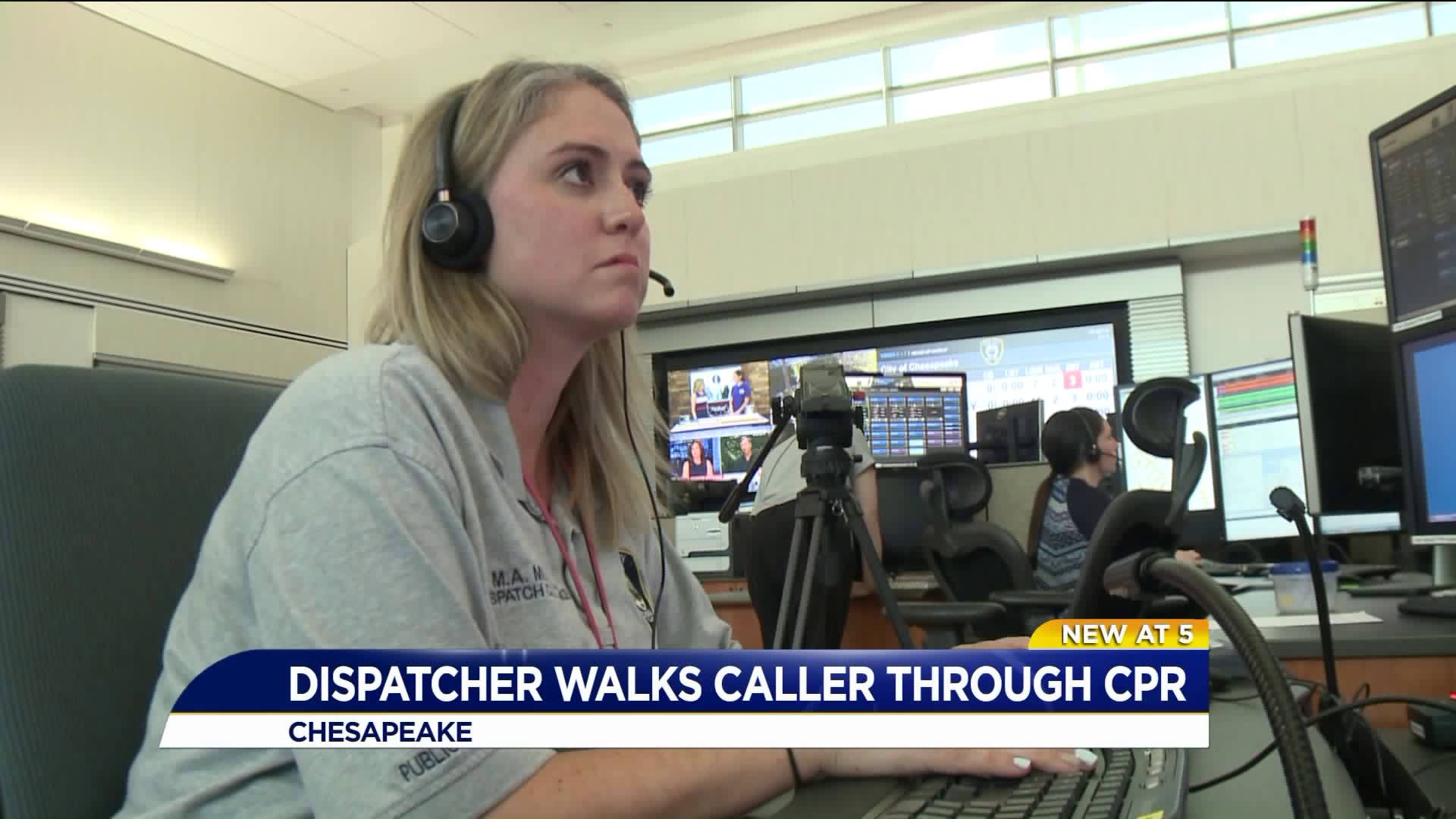 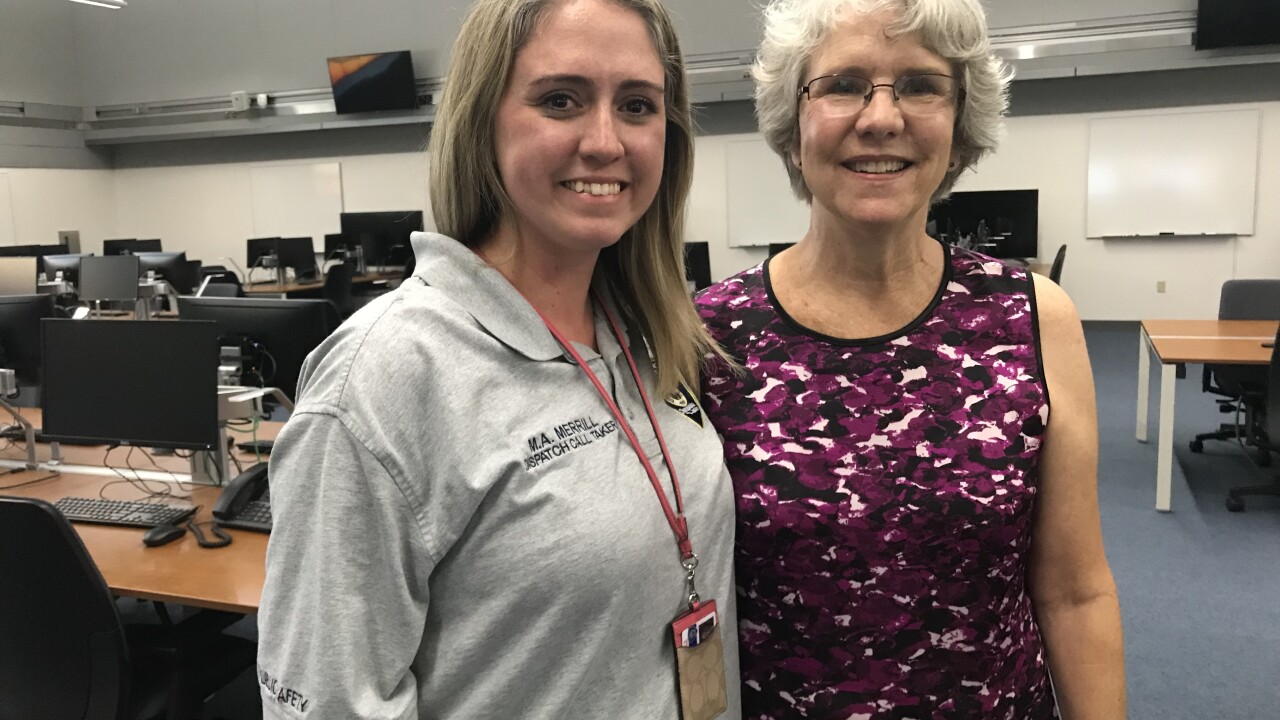 CHESAPEAKE, Va. – A local woman credits her husband’s second chance to the professionalism and care of a 911 dispatcher.

“She was upset and I tried to reassure her that help was on the way but in the meantime she had to get him on the floor,” said Merrill.

Umplett was able to get her husband on his back and performed CPR for several minutes while the fire and rescue crews were in route.

When we spoke to Umplett she told our News 3 crew she often thinks back to that day and knows without Merrill, her husband might not be here.

“Every time I would stop, he would turn blue and she kept telling me, ‘Don’t stop, help is coming,’” Umplett said.

Hank Umplett was in the hospital for 22 days after suffering from the heart attack that his wife called about. He is recovering now and before News 3 got hold of this story, Umplett came to the dispatch center to the thank the woman who saved her husband.

“She was so calm and I don’t remember exactly what she said, but she kept encouraging me to not give up,” Umplett said, having already dropped off a cake to the workers to thank Merrill.

For anyone one else, dispatchers want you to know how important it is to make the call and stay calm, giving the dispatcher as much information as you can.

Merrill stayed on the phone with Umplett for 12 minutes until medics were inside and took over the situation.

Umplett said she had taken a CPR class at the Chesapeake Public Library years ago and encourages everyone to take a course in their lifetime. She said you never know when you could need it to save a life.