Officials say that officers responded to the Valero in the 600 block of York Street for a robbery.

The clerk said two men entered the gas station with handguns and demanded money.  The suspects took a unknown amount of cash and fled across the railroad tracks.

The clerk was not injured during the robbery.

Police say the first suspect was a black male, last seen wearing all black clothing with a ski mask covering his face.

The second suspect is a white male, last seen wearing a dark colored hoody with colorful design. He was wearing a white mask to cover his face.

Any information that could help lead to an arrest are asked to call the Williamsburg Crime Line at 1-888-LOCK-U-UP. 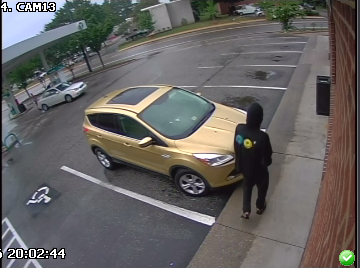