ATLANTIC OCEAN - The United States and French Navies worked side by side this month, integrated at sea for flight operations aboard the Norfolk-based USS Harry S. Truman on deployment.

The exercise was designed to increase readiness and demonstrate the ability to operate together, by practicing air warfare and strike techniques, including air combat training and simulation maneuvers.

"France is our oldest ally and a vital partner in ensuring security and stability in the region and across the globe," said Commander, Carrier Strike Group 8, Rear Admiral Gene Black. "The opportunity to integrate with French Naval Aviation helps us enhance our interoperability as we work to achieve common objectives."

On July 3rd, the U.S. Ambassador to the French Republic and Principality of Monaco, Jamie McCourt, joined senior members of the French military on the Truman.

“French fighter jets performing operations on the deck of one of America’s great supercarriers is an amazing symbol of the strong partnership between the United States and France,” said Ambassador McCourt.

"When we operate together we're stronger than just the sum of our parts, and this training continues our investment in that cooperation," said Black.

American aircraft that participated in the drills were F/A-18s and E-2D Hawkeyes, which integrated with the French Dassault Rafale M Fighters.

The flight operations were carried out over France and French territorial and international waters.

The operations come following a historic French deployment to the United States this spring, where French fighter jets trained at Naval Air Station Oceana in Virginia Beach and at sea on the Norfolk-based USS George H.W. Bush. 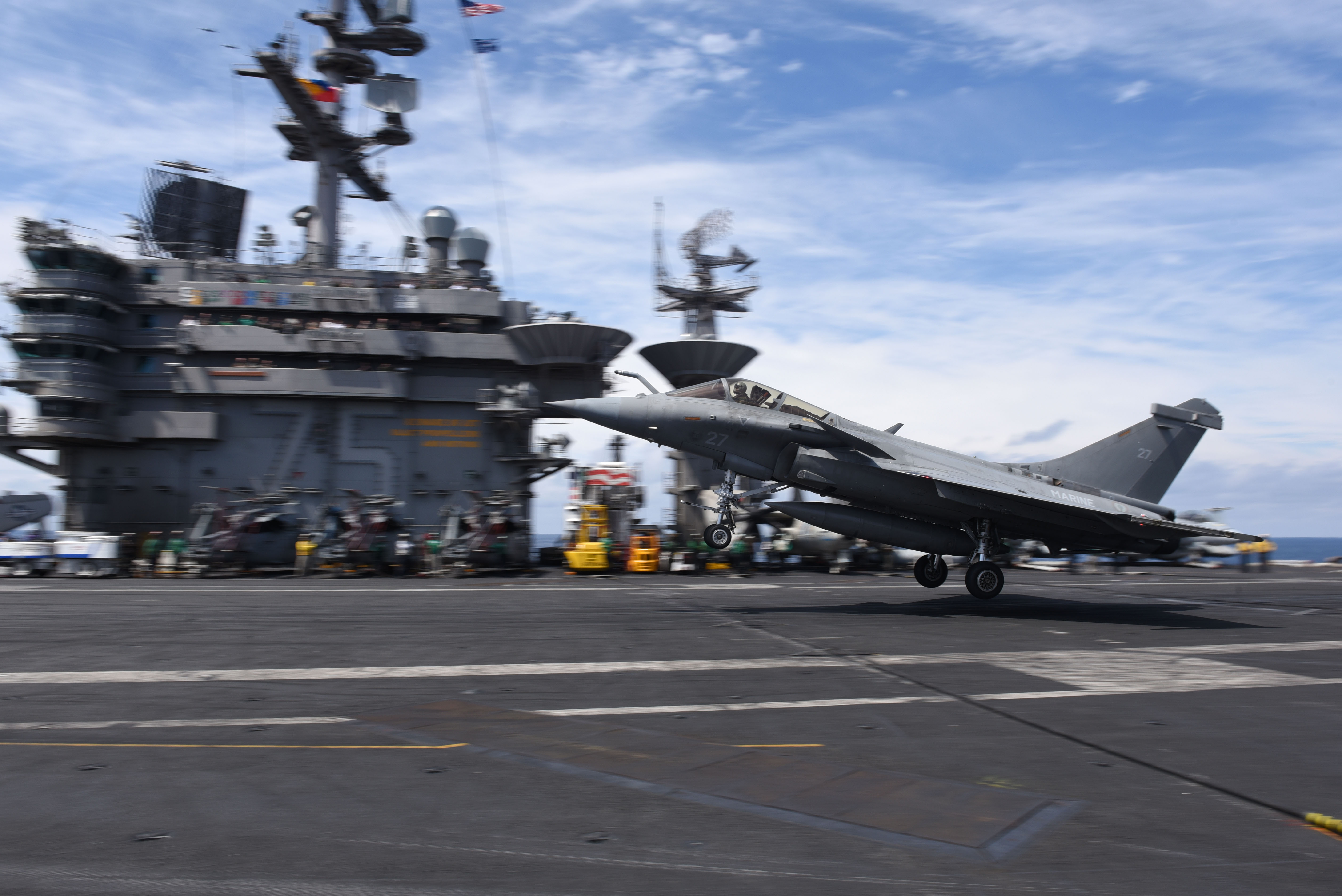