HAMPTON, Va. – An expansion of Coliseum Drive has been on the city’s comprehensive plan since 1989, and now after nearly 30 years it’s moving forward.

The city plans to provide a central transportation link to areas between Armistead Avenue and Magruder Boulevard, which will both serve as an additional gateway to the city’s commercial district and provide a “relief valve” for local traffic that would otherwise have to use Magruder Boulevard.

According to Robin McCormick, communications specialist for the City of Hampton, the planned expansion is already making waves: private developers are beginning to show interest and make investments based on anticipation of the road. 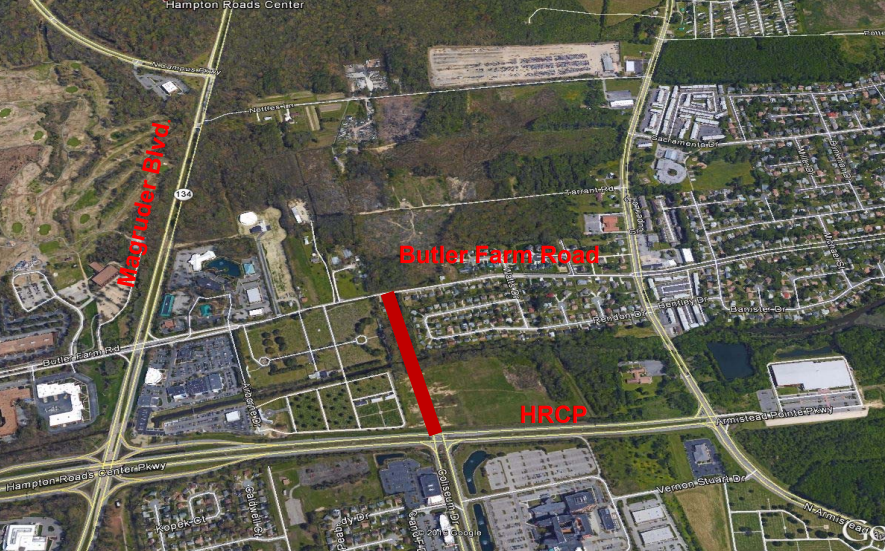 “It takes on a higher regional significance because as the Hampton Roads Economic Alliance seeks to market the region to large companies or business clusters, this region doesn’t have a lot of vacant land,” she said in an email. “What we do have is mostly in rural areas. Hampton Roads Center North has almost 200 acres available, with about 95 acres on one publicly-owned site.

The site is accessible now via I-64 and Magruder Boulevard. But the new road would provide a more direct connection to shopping, retail, apartments and other services. That makes it more attractive to a business, and would also help to keep some of the traffic off the existing roads.”

Traffic projections suggest that at the opening of the new roadway, 5,350 to 8,300 vehicles will use the road per day. But by 2039, 16,300 vehicles are expected to pass through on a daily basis.

The project is currently fully funded at approximately 4.5 million dollars and is slated to begin construction in November 2018.

For more information on the city’s plans, click here.