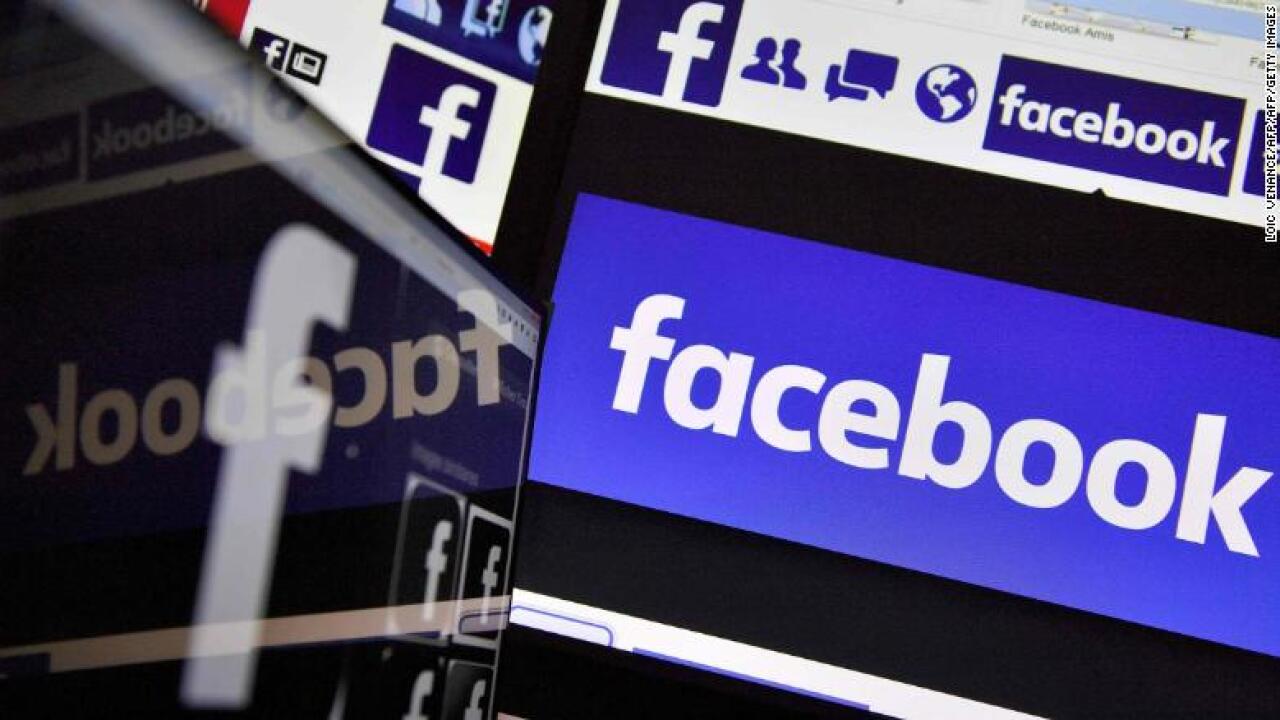 (FILES) This file photo taken on November 20, 2017 shows logos of US online social media and social networking service Facebook. The European Commission said on February 15, 2018 that US social media giants have made an effort to comply with EU consumer protection rules, but that Facebook and Twitter have not made all the required changes. / AFP PHOTO / LOIC VENANCELOIC VENANCE/AFP/Getty Images

The Trump administration is considering tariffs on networking equipment from China. That could spell trouble for companies that buy Chinese components for their global cloud computing operations, such as Google, Facebook and Amazon, analysts say.

And chip makers such as Intel could face tariffs on computer chips. U.S. companies often send mostly-finished chips to China for assembly, testing and packaging. Those companies could pay a penalty when those chips are shipped back into the country.

So far, U.S. tech giants have largely stayed out of the trade fight. The threat of tariffs on tech products from China could force Silicon Valley leaders to be more vocal about their concerns.

“[As you see] what types of products they’re hitting, I think it becomes a lot more tangible, and a lot more real,” for tech companies, said Daniel Ives, chief strategy officer and head of technology research at GBH Insights.

Modems and routers are on a list of Chinese goods worth $200 billion that could face 10 percent tariffs in the United States after August 30. A tariff on those products could also hurt the tech industry, which uses huge IT networks to deliver products and services around the globe.

China accounted for almost half of the roughly $23 billion of IT network gear the United States imported in the 12 months through April, according to Panjiva, a global trade research company owned by S&P Global Market Intelligence.

Companies will either need to find alternative suppliers from outside China, or cope with higher prices, said Chris Rogers, a Panjiva research analyst. Some suppliers could end up relocating from China to Vietnam or Malaysia, he added.

Amazon, Facebook and Google can probably absorb small, temporary increases in cost, according to Ives. The bigger concern is that tariffs will disrupt their supply chains, causing delays and slowing product rollouts, he said.

The Information Technology Industry Council, which represents major IT users like Google, Facebook and Microsoft, sounded the alarm when the list including modems and routers was released by the Trump administration on Tuesday.

The president’s decision to institute more tariffs “without a clear objective or end in sight” would threaten both U.S. jobs and investment, the group said.

“We urge President Trump to delay this unnecessary escalation before more consumers and workers are harmed,” Dean Garfield, the president of the council, said in a statement.

American chipmakers are also worried. Duties of 25 percent on roughly $3 billion in semiconductors, which were proposed in June, remain on the table.

The Semiconductor Industry Association, which represents top U.S. chipmakers such as Intel and Qualcomm, has called the planned tariffs “counterproductive.”

“What’s being imported from China are chips made by U.S. companies that happen to pass through the China supply chain,” said Jimmy Goodrich, the group’s vice president for global policy.

In a report Thursday, Fitch Ratings listed both Intel and Texas Instruments as vulnerable to tariffs because they move product parts around the world.

“Semiconductors are not on the Chinese tariff list as it stands now, but they could be included later if China takes a tougher line on tech imports,” Fitch said. “Intel could also face higher component costs if U.S. tech tariffs are imposed.”

Silicon Valley leaders have been critical of Trump’s policies on immigration and the environment. But they’ve been more muted when it comes to trade.

Most visible has been Apple CEO Tim Cook, who visited Trump to discuss trade in April. Cook told CNN last month that he was “very optimistic” that the United States would not escalate its trade fight with other countries.

“That’s going to be a lose-lose, and when the facts are so clear like that, I believe both parties will see that,” he said.

One issue: China’s trade practices remain a touchy issue for much of the tech world. Many in Silicon Valley support government efforts to stop intellectual property theft and increase market access for U.S.companies — even if they disagree on whether tariffs are the best way to change China’s behavior.

The growing likelihood of tariffs on tech parts, however, could cause executives to speak out more forcefully.

“If this trade war continues to heat up with technology products and services front and center, I ultimately think you’re going to see a lot more executives following the lead of Cook,” and engaging with Washington, Ives said.