NORFOLK, Va. - Police said a vehicle crashed into the M&G Army Navy Surplus and drove off around 8 p.m Wednesday. 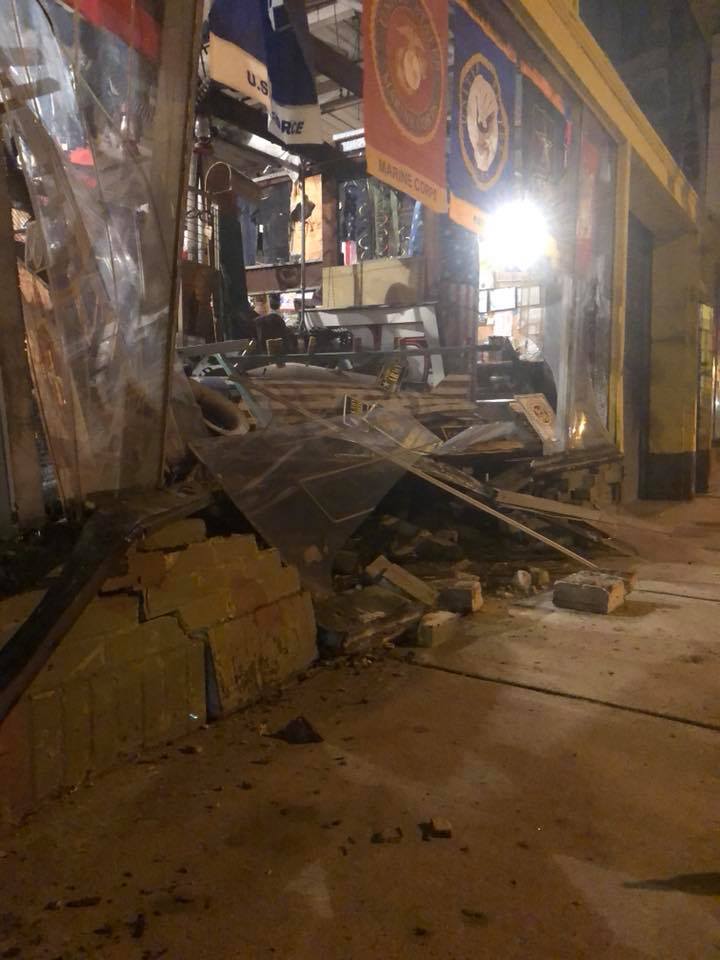 There were no injuries reported following the incident and the store's co-owner, Larry Friedman, told News 3 very little merchandise were damaged.

He said the crash was caught on surveillance and said there were other cars near the crash and no one called police.

Surveillance video shows a vehicle flashing headlights, pulling out of the building and driving away.

It set off a burglary alarm that called police and alerted the owners.

"It was a huge impact. It extends like 15 feet in - maybe more - where fixtures were dislodged and stuff was all unsundered," said Friedman.

News 3 has reported vehicles crashing into the building, located at 2609-17 Granby Street, in the past after drivers turned left from East 27th to Granby Street from the wrong lane.

Friedman said the last accident was in March and once before in October 2017.

"It was boarded up from the first time and before we can get it repaired; the board was damaged again from the second incident," Friedman added.

The store suggested putting bollards near the sidewalk in front of the building.

"I could've easily been standing in the warehouse door particularly the second time," the co owner told News 3. "I was scheduled to go in one or to minutes later."

The City of Norfolk responded that they've done extensive work to educate drivers by putting up signs before approaching the intersection, but drivers are making poor decisions, resulting in accidents.

They also said bollards are hazardous and can't be installed without impeding public right-of-way on the sidewalk and an ADA ramp.

Friedman said, "Our thinking is motorist come with medal and airbags and everything else around them and pedestrians don't have any of that. I think that should be a prime concern."