WASHINGTON – It was a HOME run.

Harper, participating in the Home Run Derby for the first time since 2013 – and only because it’s taking place in his home park, smashed 45 homers in all – using 19 of those to beat Chicago’s Kyle Schwarber 19-18 in the final.

Faced with Schwarber’s big total, Harper got off to a relatively slow start, with just four homers before calling his first timeout with 2:38 to go. As the clock ticked under a minute, Harper did have a 30-second bonus in the bag, but he still had an uphill battle in front of him. All of a sudden, he flipped the switch. The Nats star demolished nine homers in the final 50 seconds of regulation to pull even with Schwarber. Then came the 30-second bonus, and Harper took advantage, launching the walk-off bomb to dead center field on his second swing, then lifting and tossing the bat in celebration as the home crowd went nuts. 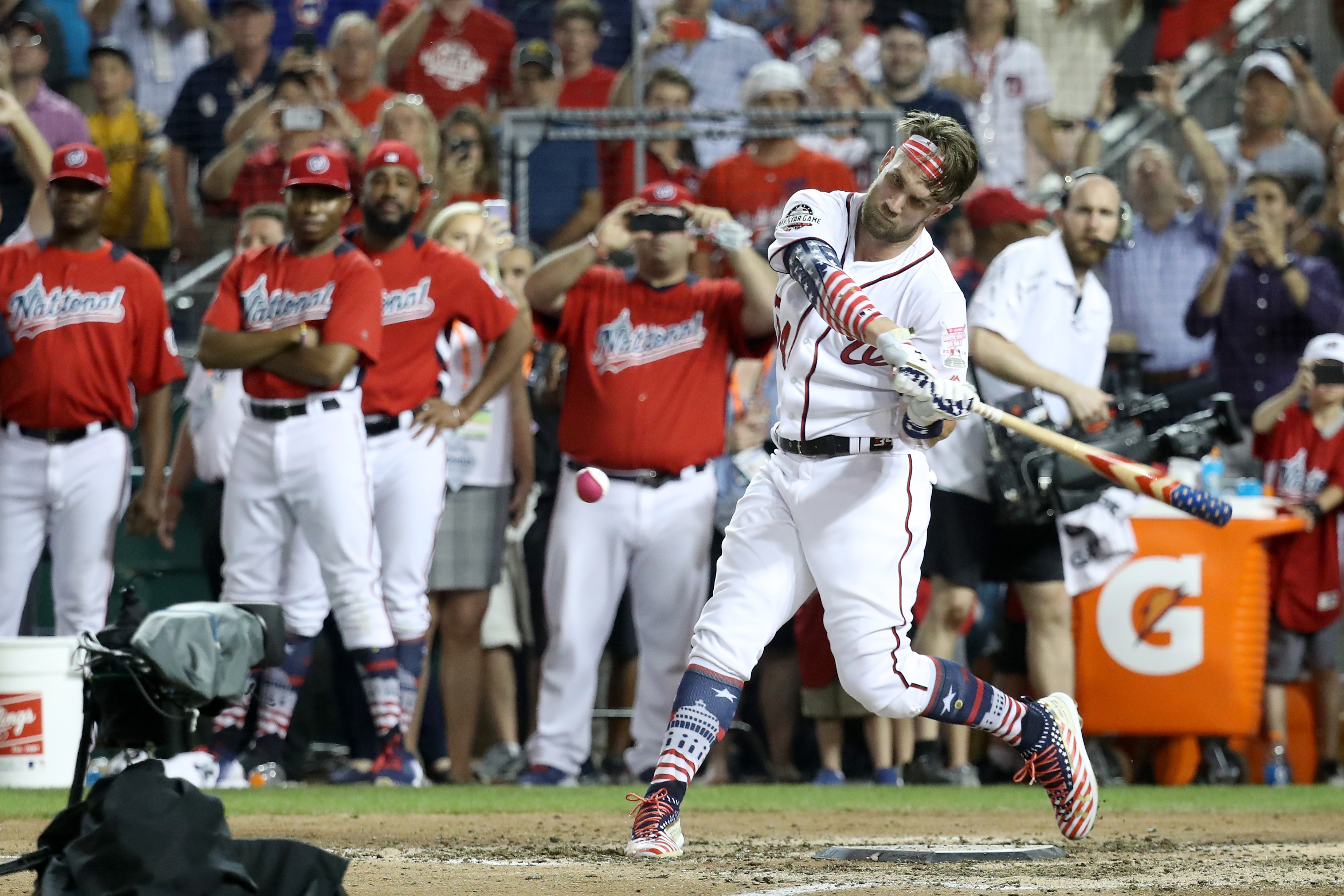