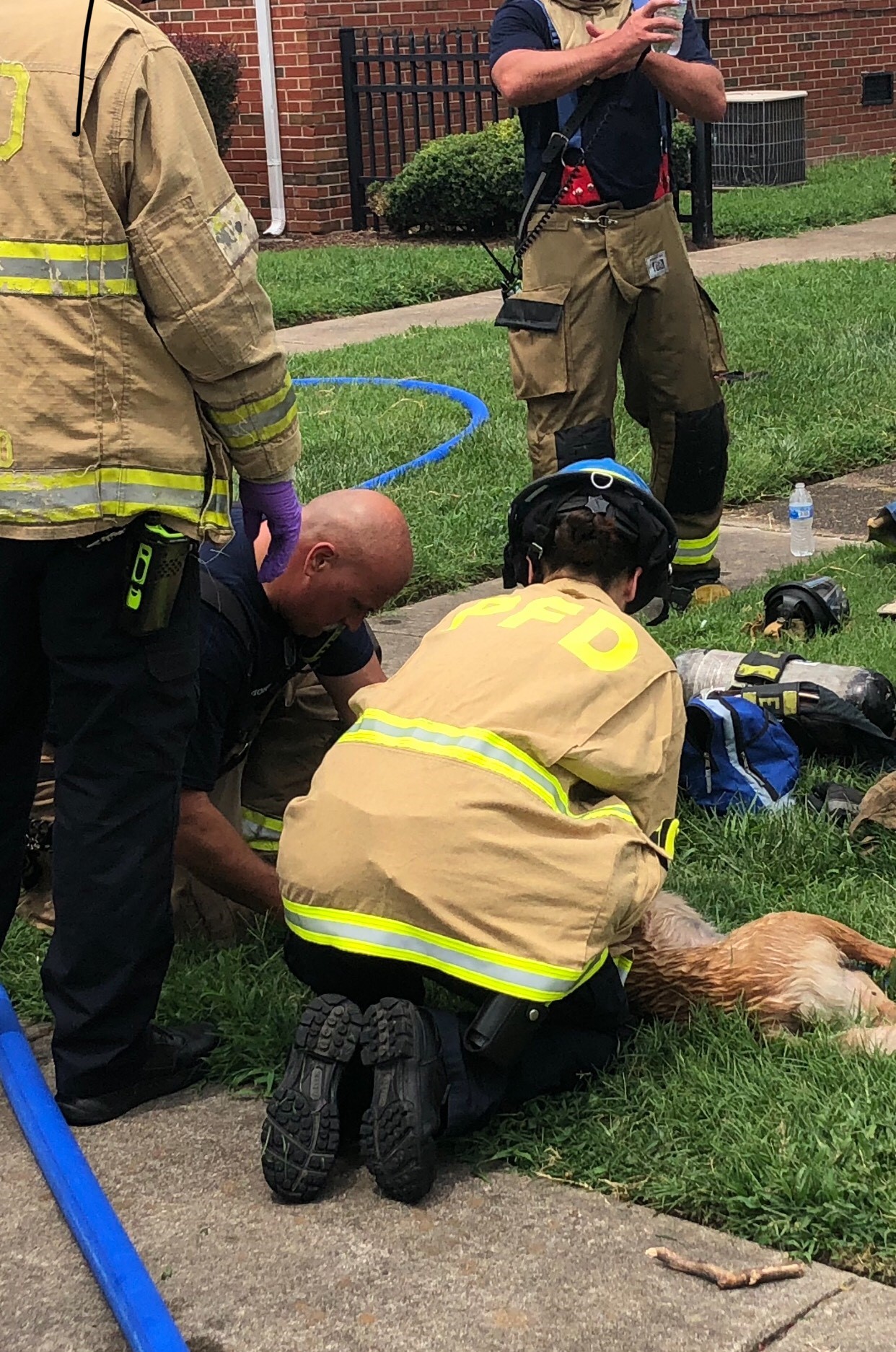 The fire appeared to have started in the downstairs portion of the home and was under control around 2 p.m.

Firefighters said they removed seven dogs (two adults and five puppies) and two cats.  Unfortunately, despite lifesaving efforts given to the animals, only one cat survived.

Fire investigators have determined the fire to be accidental, caused by a faulty kitchen appliance.

Residents were not home in the apartment at the time of the fire and firefighters said no injuries were reported.

The Red Cross said two adults and a child were displaced from the fire.

We are supporting two adults and one child displaced by a home fire on Bender Ct in @cityofPortsVA pic.twitter.com/J37Gobxhy8