Teen’s hot dog stand shut down for not having permit, so city helped him get one 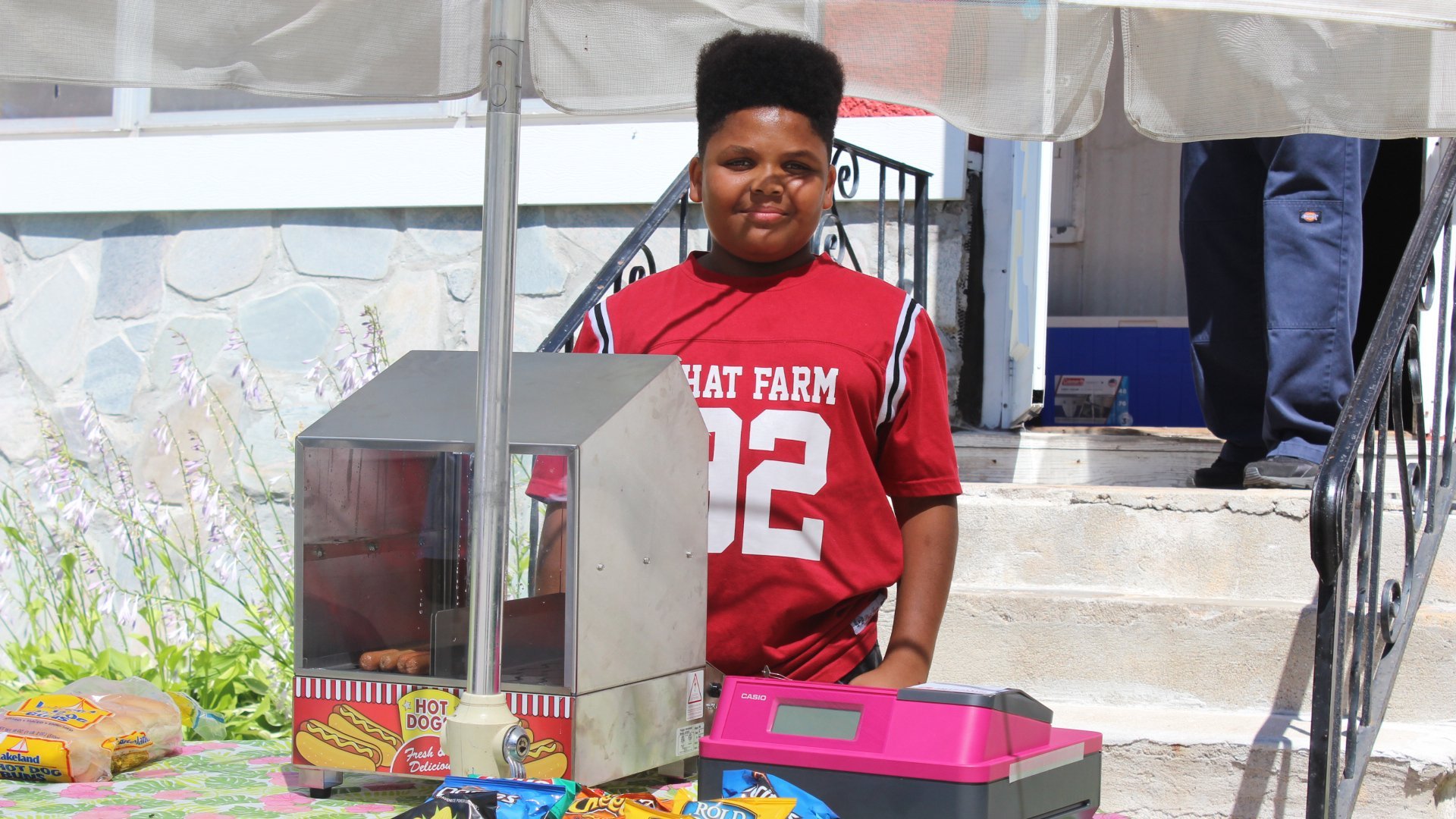 Instead of shutting down a teen’s hot dog stand after a complaint, the city helped him start a business.

Thirteen-year-old Jaequan Faulkner had been cooking hot dogs outside his home in North Minneapolis to raise money for new clothes, his family said. It’s something he started doing in 2016, but this summer, he got more attention. When someone noticed the stand wasn’t city sanctioned, he was forced to shut down.

In an age where black kids are being reported for selling water bottles or mowing the lawn, Jaequan was able to flip the trend of the dreaded “Permit Patty.” When the city received the complaint a few weeks ago, the Minneapolis Department of Health started making calls to help him.

“When I realized what it was, I said, ‘No, we’re not going to just go and shut him down’ like we would an unlicensed vendor,” Minneapolis Environmental Health Director Dan Huff said. “We can help him get the permit. Let’s make this a positive thing and help him become a business owner.”

On Monday with a permit in hand, Jaequan reopened his stand, Mr. Faulkner’s Old-Fashioned Hot Dogs.

“The health inspectors all pitched in and helped him get his permit,” Huff said. “We worked with him to make sure he was following all of the health codes.”

A health inspector spent time training Jaequan on how to take the temperature of the hot dogs so they’re above 140 degrees and brought him a thermometer and a hand-washing station, he added.

The city’s department of health contacted the Northside Economic Opportunity Network, a nonprofit that works to empower “underserved entrepreneurs” in the community. Together, the city and NEON worked with Jaequan to help him set up a legit operation.

NEON worked with Jaequan to explain how to start a business, whether it was getting a temporary food permit or a license further down the road. The nonprofit also started a Facebook page for the business on Monday.

“We tried to gauge if it was this kid really wanted to have a business or if he was just trying to earn some money,” said Ann Fix, program manager for the Northside Food Business Incubator at NEON. “Because he was so passionate about having a go at this and owning a business, the city offered to help.”

Each day, Fix has been working with Jaequan to teach him business skills and how to create a plan for the future. They’re talking about his business plans for next summer already, at least in a planning sense.

“What we’ve been doing with Jaequan behind the scenes is talking to him about getting a cart,” she said. “The thought is to get a permanent location with primo traffic so he could sell hot dogs.”

“This young man is so full of gratitude,” Fix said. “He is absolutely terrific to work with.”

It all started with an unused hot dog machine

One day in 2016, Jaequan asked his uncle, Jerome Faulkner, if he could use his hot dog roaster. His uncle and aunt told him he could use it and he started making hot dogs and selling them in the front yard.

What started as a way to earn some money for clothes and shoes became a passion for the teen this summer, Faulkner said.

Jaequan loves having his own business. The reasons are simple: He gets to cook and he gets to make people happy, he said.

Jaequan’s food permit lasts for 10 days. After that, he’ll be moving his stand to a series of new locations.

The police precinct has sponsored him for the next permit, so he can sling hot dogs in front of the station. The Urban League and a community church will sponsor his next permits, which will get him through summer and then it will be time to go back to school.