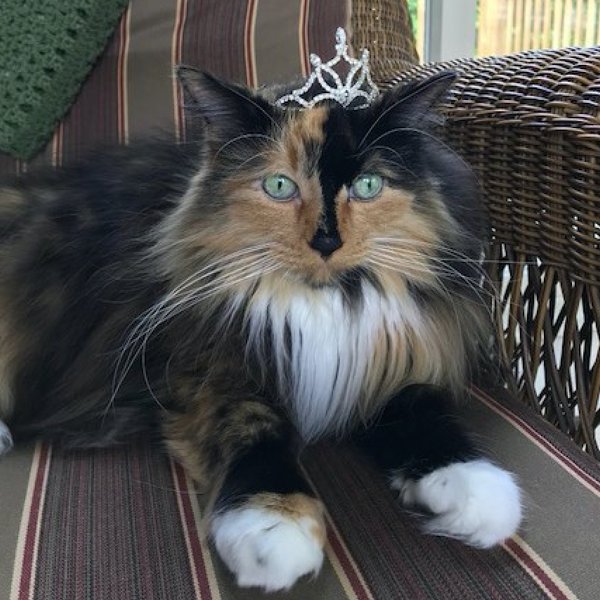 A Michigan village’s newest mayor just beat out 17 other candidates for the job – and she’s only 9, with six years of political experience already under her belt.

Sweet Tart McKee’s got quite the resume, and she knows it. In fact, she says she’s purrfect for the job.

Sweet Tart was inaugurated Saturday as the fourth mayor of Omena, Michigan, a small village about 25 miles from Traverse City. It has a population of about 300 – not including its four-legged residents.

Furry friends have been the village’s ceremonial mayors for over a decade, CNN affiliate WPBN reported. As an unincorporated village, Omena does not have its own government, and the elections are run by the Omena Historical Society.

The rules of the race are simple: Whichever candidate gets the most votes wins. Each vote costs $1 and goes toward the historical society’s endowment fund.

This year’s election raised more than $7,000 – its largest total yet, said Keith Disselkoen, the society’s president. He said allowing people to pay through Paypal helped bring in a lot more votes, including from people outside the immediate area.

It’s possible that Sweet Tart’s years of experience helped her get elected. She served on the Omena Village Council from 2012 to 2015, and she’s been vice mayor for the past three years.

“I represent the best of Leelanau County with the Sweet and Tart cherries,” her campaign bio says.

While her long list of opponents can’t call themselves mayor, they all still got places on the village council.

Runner-up pup Diablo Shapiro is Omena’s first vice mayor (but when it comes to his own living room, he rules). The second runner-up, 4-month-old Punkin Anderson-Harder, was elected second vice mayor while being potty-trained at the same time.

But not to worry – they shouldn’t face too many issues in their three-year roles. As mayor, Sweet Tart won’t have to make a lot of tough decisions, and she probably won’t have to sign anything. But if she does, she won’t need a pen.

“We accept paw prints. So legal documents can be executed with a paw print,” Disselkoen told WPBN.

For the full ballot from the 2018 election, click (cluck?) here.