‘Jon’ of all trades? Redskins’ Jonathan Allen ready to grasp expectations in 2018 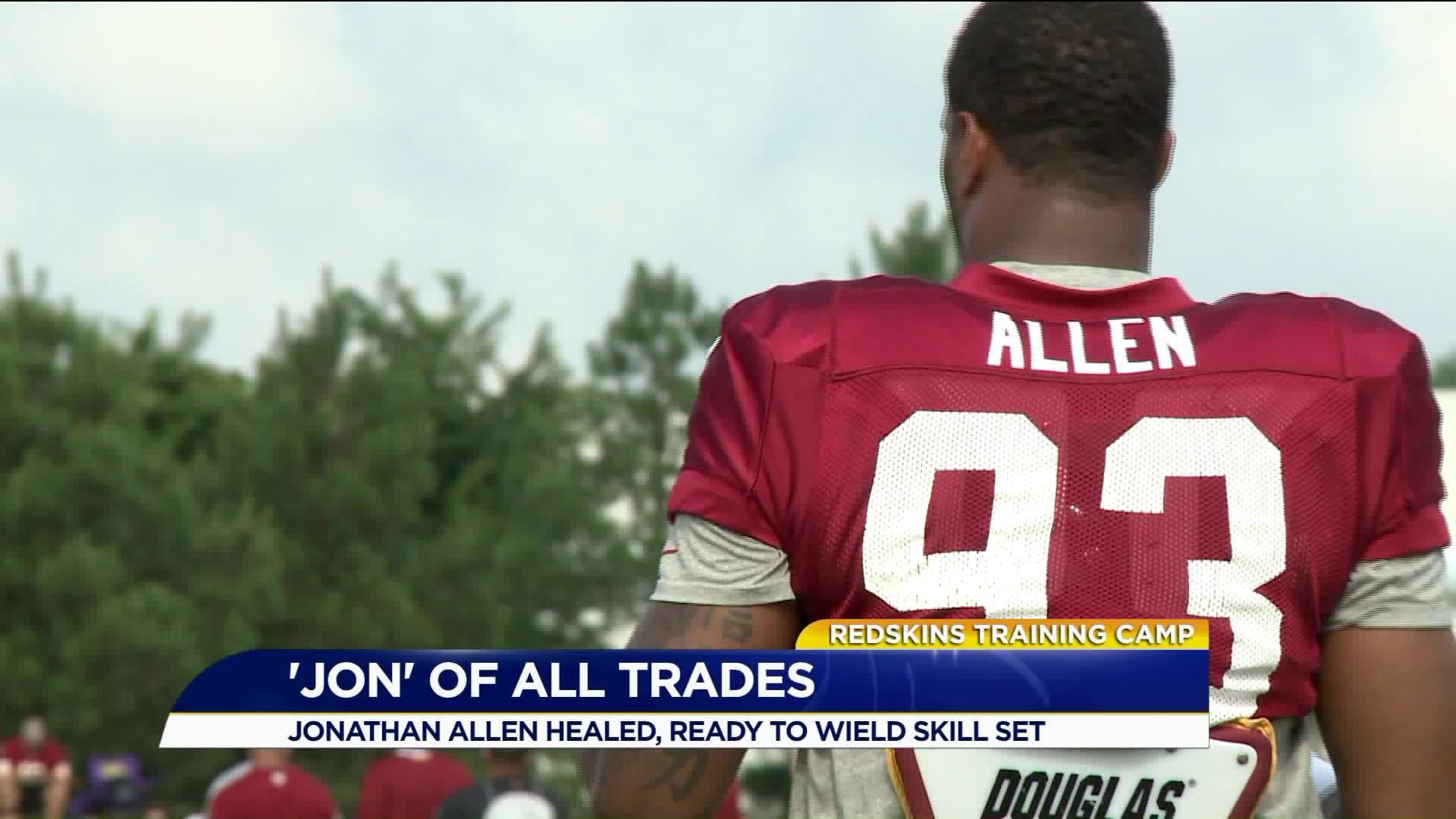 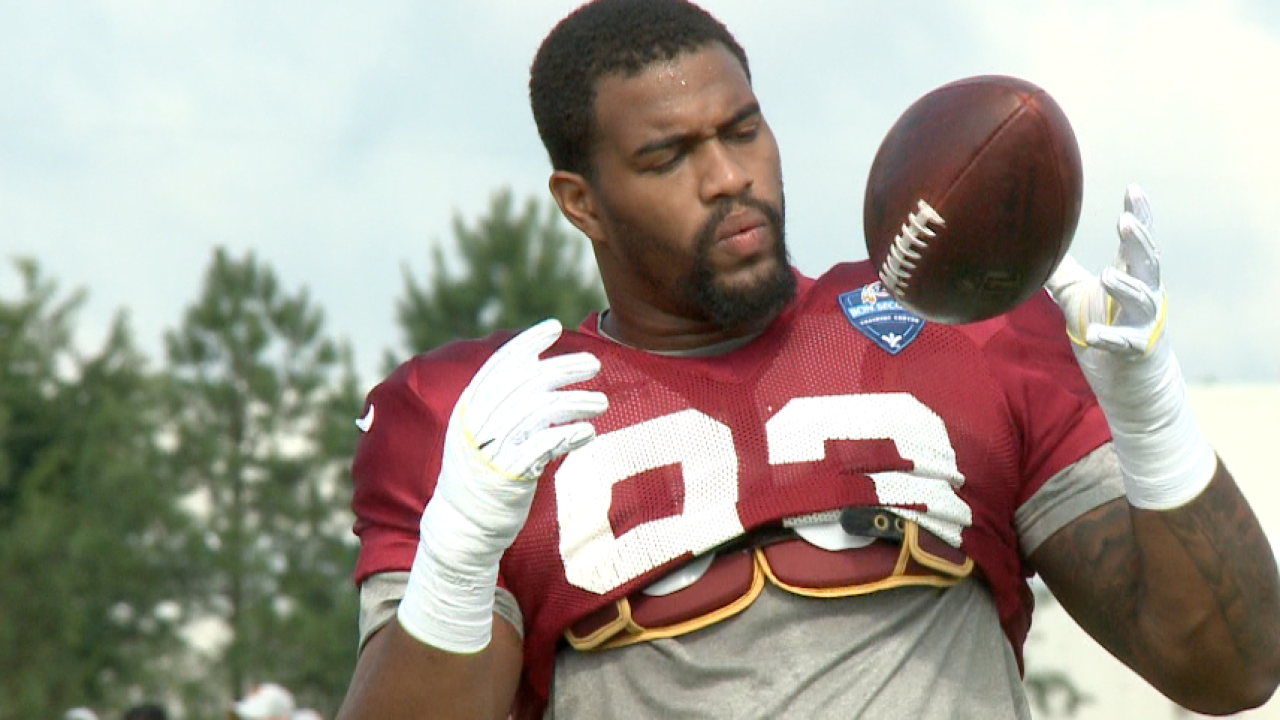 RICHMOND, Va. - There are commercial fisherman who dream of catches this heavy.

Prior to practice Saturday morning at the Bon Secours Washington Redskins Training Center in Richmond, Jonathan Allen and Tim Settle, a combined 622 pounds of defensive linemen, pitch the pigskin. And, we must hand it to Allen: a receiver early in his high school career, he catches the football with ease - and with only hand.

"I like to call that athleticism," Allen, the Redskins first round draft pick in 2017, said smiling during a sitdown interview with News 3. "It didn't work out for me as a receiver, but I scored a couple times in college - so I'd like to think of myself as an athlete."

Allen admits he has small hands for a man his size: 6-foot-3, 294 pounds. But small hands weren't the big problem last season for the former Alabama standout. A foot injury cost him the final 11 games of his rookie campaign.

“At first I was angry," Allen admitted, when talking about his season-ending Lisfranc injury. "Everything happens for a reason, though. Being angry about it isn’t going to do anything. Am I motivated? 100 percent."

"We have very high expectations for Jonathan," head coach Jay Gruden said Saturday. "He is an excellent football player without a doubt. He's is not a one dimensional player at all. He plays the run well equally as he can rush the passer. So we just got to make sure we keep him fresh and healthy somehow. I have no worries about Jonathan, the only thing we just have to keep him on the field. He is going to be a great player."

With Payne expected to be out with an ankle injury for two to three weeks, is Allen making his pitch to haul-in a catch for the Redskins offense?

"Let me play a little fullback," Allen said. "I’ll block for 14 or 15 games. But then, in the playoffs: throw me a little boot action (bootleg play).”

Whether he's using his mitts to catch passes or help carry the Redskins defense, the 'Skins appear to be in good hands with a healthy Jonathan Allen.