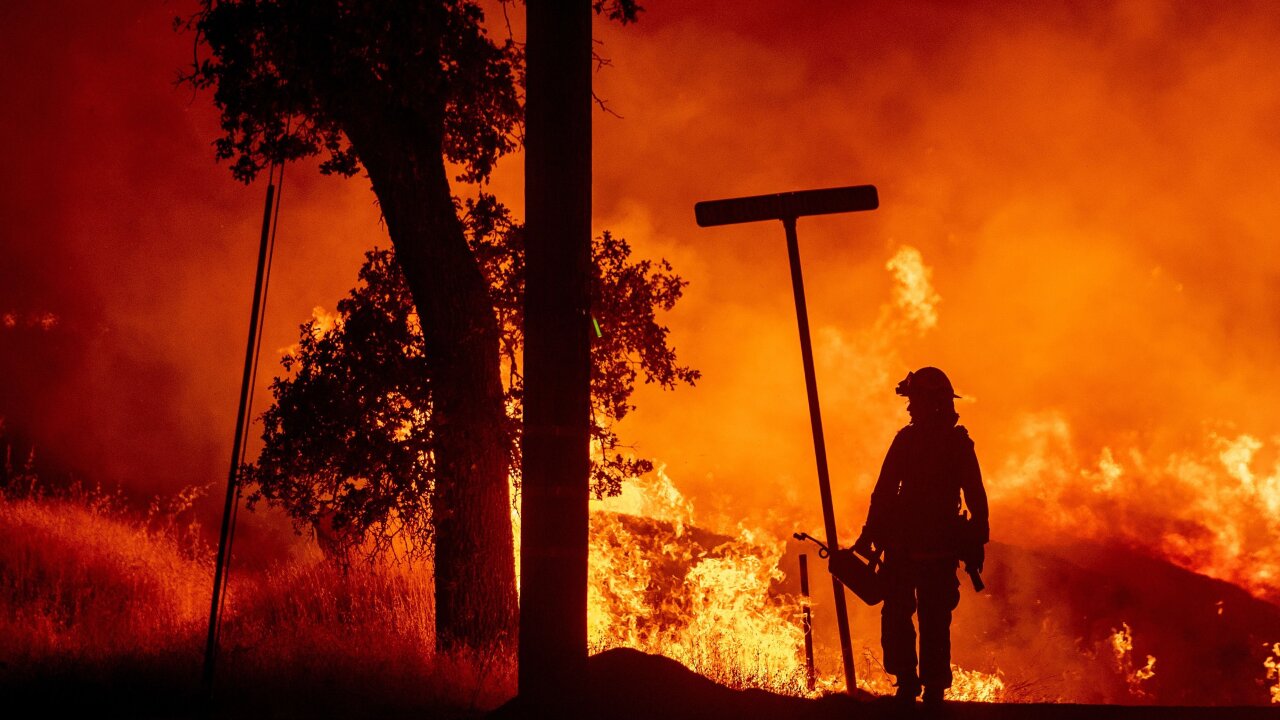 A firefighter battles the Carr fire in Redding, California.

The fast-moving Carr Fire has claimed five lives as it tears through Northern California.

The fire doubled in size Saturday, growing to more than 83,800 acres while putting residents and firefighters in harm’s way.

A great-grandmother, two young children and two men working to contain the blaze are among the dead.

Woman dies trying to save her great-grandchildren

The desperate search for 70-year-old Melody Bledsoe and her great-grandchildren, Emily and James Roberts, came to a devastating end Saturday when relatives confirmed their bodies had been found in the family’s burned out home in Shasta County.

A GoFundMe page set up by the children’s aunt, Shelley Hoskison, said the three were last heard from Thursday as flames closed in on the neighborhood.

“That just shows that she did everything she could till the very end,” Decker said.

Decker told KGO that 4-year-old Emily loved to play with other children in the area and “lit up the room.”

Five-year-old James idolized his great-grandfather, Decker said, and wanted to wear suspenders and use a chainsaw just like him.

Ed Bledsoe was out buying supplies to help others threatened by the wildfire when flames engulfed his home, KGO reported.

The affiliate said a gas line burst in the neighborhood, leaving the family little time to escape.

“Jeremy died while battling the Carr Fire,” the union said on Twitter. “We ask for your thoughts and prayers for his family and the RFD as we process this tragic loss.”

Stoke joined the Redding Fire Department in 2004 as an engineer and worked his way up to inspector, the union said.

He was killed while assisting with evacuations in Redding.