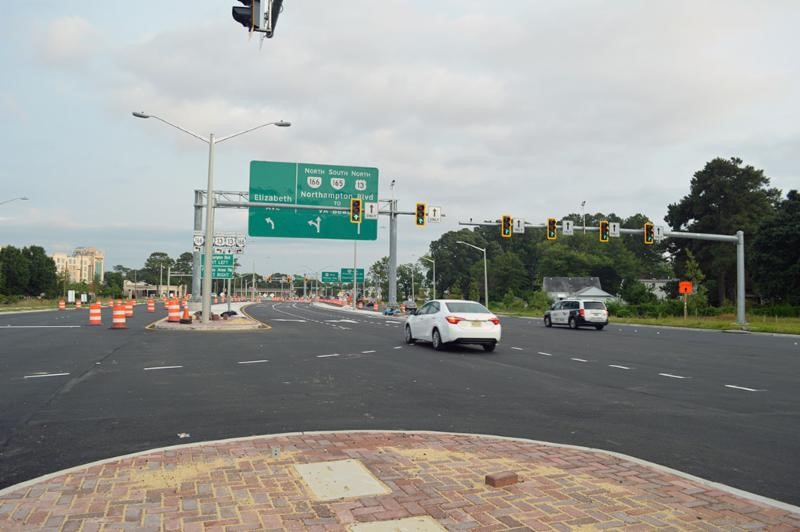 Christened the Military Highway Continuous Flow Intersection (CFI), it is the first of its kind in Virginia. It opened under modified traffic conditions on July 28.

Lane closures will continue to take place as needed in order to finish final construction. At least one lane of traffic will stay open in each direction.

The Virginia Department of Transportation says the addition of new lanes, signals and traffic management technology will increase capacity and reduce congestion in the area. According to VDOT, the intersection design will increase through-traffic capacity by eliminating conflicts with opposing traffic for left-turning vehicles.

Construction on the project began in August 2016 and is estimated to be completed by August 2018. Corman Construction-E.V. Williams JC, in association with Parsons Transportation Group, was awarded the $59.8 million construction contract.