SAN DIEGO, Ca. - The world's largest international maritime exercise wraps up this week, after weeks of successful operations that included the demonstration of trained Navy dolphins in mine clearance operations.

Rim of the Pacific is held biennially in and around the Hawaiian Islands and Southern California.

This year marks the 26th exercise since it began in 1971. It involves twenty-five nations, more than 45 surface ships and submarines, 17 national land forces, and more than 200 aircraft and 25,000 service members.

The training opportunity is designed to "foster and sustain cooperative relationships that are critical to ensuring the safety of sea lanes and security on the world’s interconnected oceans," according to the Navy.

It's not just humans taking part in the exercise though.

The training involved technicians directing dolphins to seek out and mark simulated mines.

The Navy says on the way to the training minefield, the dolphin traveled by boat protected by a padded, folding mat. Once on location, the mat is unfolded and the dolphin slid into the water.

The speed at which the creature can work is remarkably fast, with the dolphin surfacing within 30 seconds to report it had detected a training mine.

The technician then sent the dolphin back underwater to confirm the discovery and after that happened instantly, the dolphin was given a marking device.

It then used its snout to carry the device back down and placed the marker near, but not on, the training mine to mark its location.

Divers swam down afterwards to evaluate the dolphin's work, which was accurate, earning the dolphin verbal praise and fish.

Mark 7 is just one of many mine countermeasure capabilities used by the Navy, but the dolphins have the unique ability to locate mines buried beneath the sea floor. 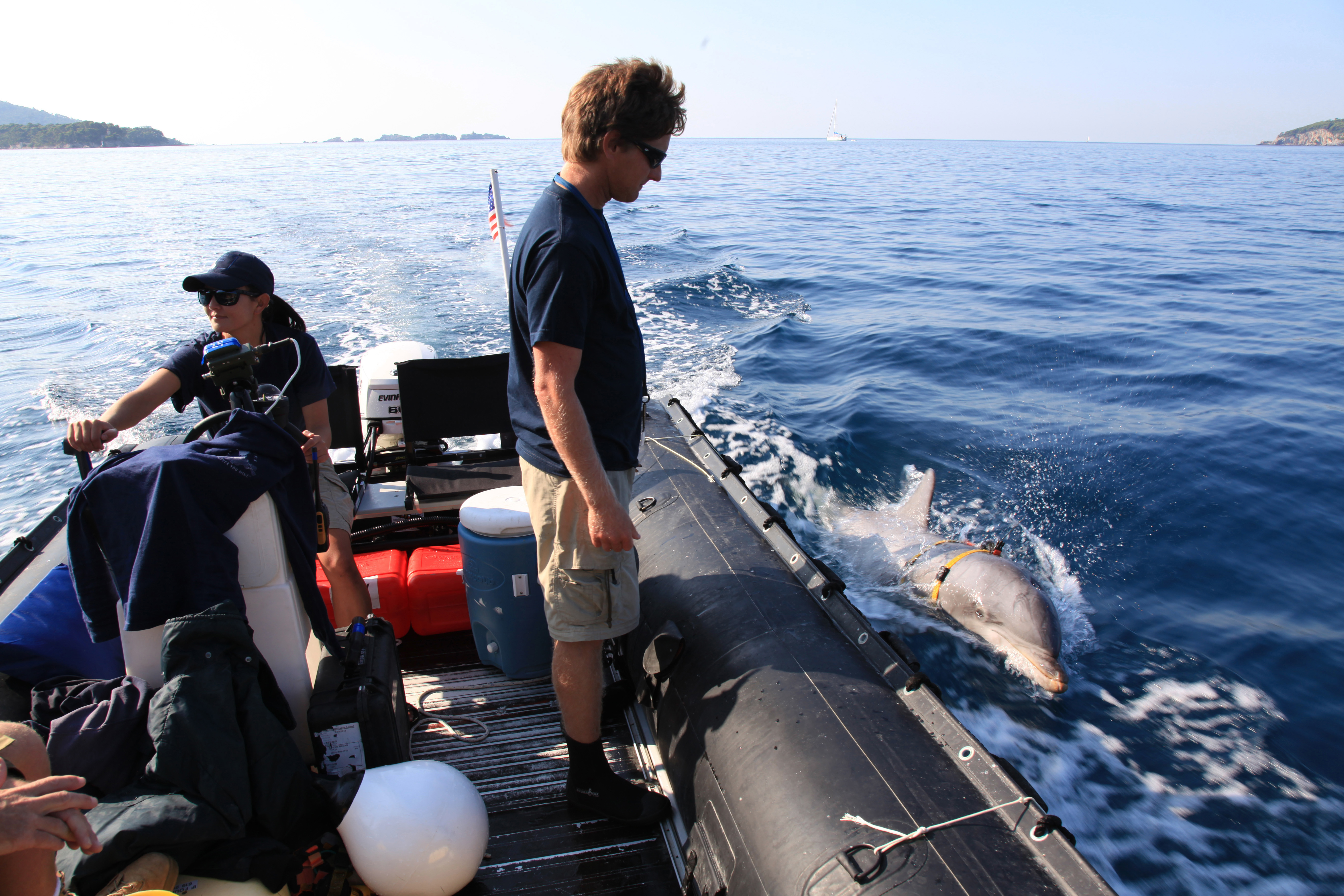