A tornado of fire killed three members of this family 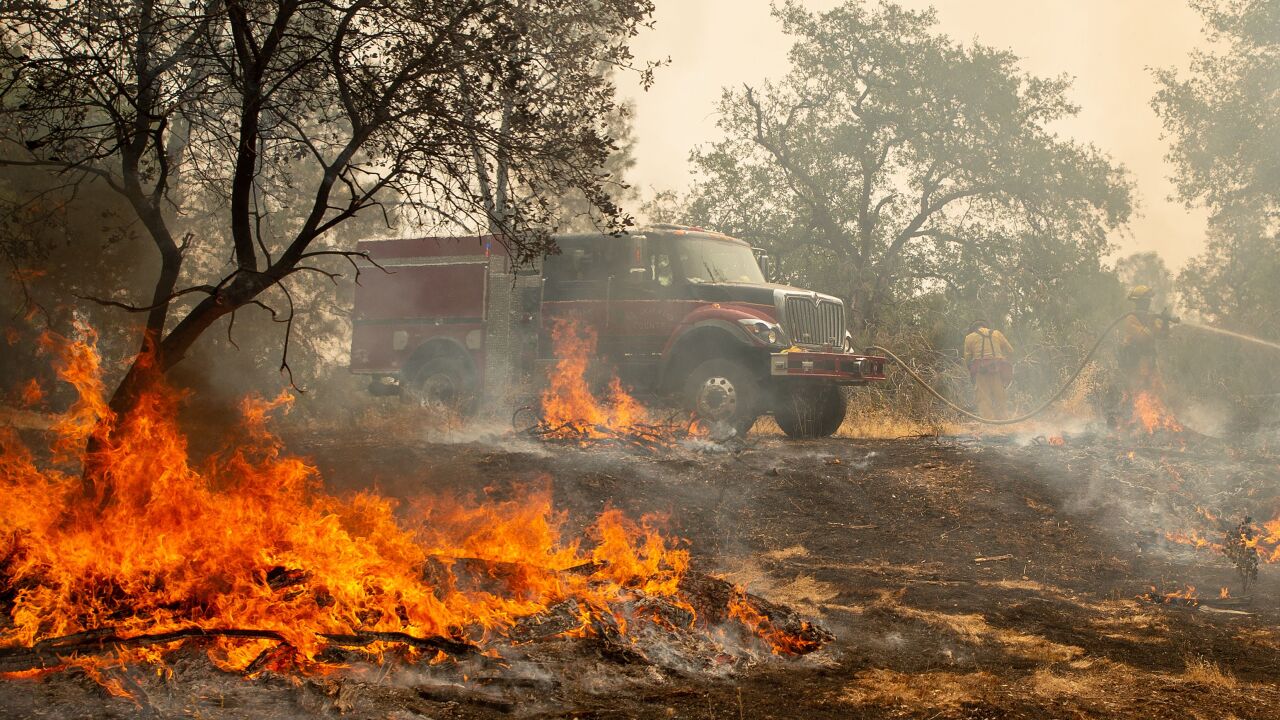 TOPSHOT – Firefighters douse a hotspot near various homes as the Carr fire continues to burn near Redding, California, on July 28, 2018. – The US federal government approved aid on July 28 for California as thousands of firefighters battled to contain a series of deadly raging wildfires that have killed six people, including two young children and their great grandmother, and destroyed hundreds of buildings. (Photo by JOSH EDELSON / AFP) (Photo credit should read JOSH EDELSON/AFP/Getty Images)

The winds were so strong on July 26 in Redding, California, authorities say they uprooted trees, ripped roofs off houses and downed power lines.

“The tornado was hovering over the house,” Amanda Woodley, Bledsoe’s granddaughter, told CNN. “It was just a tornado fire over the house.”

Bledsoe had left the house earlier to go to the doctor’s office, and was on the phone with his family members as the flames closed in. They believed they were safe from the fire and knew nothing of the approaching hellscape that was like nothing any of them had ever seen before.

He said his son drove toward the flames in the hope of rescuing his family members. “My son said the grass wasn’t on fire, the trees were getting sucked up in the air and burning,” Bledsoe told CNN. “He said when he opened his doors, the leaves hit him like somebody was slapping him. He said it was sucking his breath out, and he got back in his car and tried to get out.”

Bledsoe was on the phone with his wife and great-grandchildren until the very end.

“It sucked the roof off the house and the walls fell out and the roof went right down on them,” he said.

The Carr Fire, now the sixth most destructive fire in California history, has consumed 121,000 acres and killed six people.

Dr. Craig Clements of San Jose State University’s Fire Weather Research Laboratory said there have been few observed firenadoes of this magnitude before. He says the conditions have to be perfect for something like this to occur.

Firenadoes are formed from a fire’s intense heat, causing the air to heat up quickly and rise rapidly. That, combined with surface winds that are obviously quite strong, creates a vortex similar to a dust devil.

Clements says aside from the potentially damaging winds, a firenado like this can even pull fire in different directions.

At 3:27 p.m. that day, the National Weather service sent out a statement noting that “radar indicates strong rotation located within the intense fire activity of the Carr Fire.” They warned of possible wind gusts up to 50 mph.

“The wind went from zero wind to 40 to 60 mph winds within 15 minutes,” Justin Sanchez told CNN. He said his house was consumed by the firenado. “(There was) a loud disturbing deep growling noise as it spun around in a spiral. It seemed the outside was moving around so slowly, with two-foot sized pieces of debris floating in it.”

Sanchez says when he and his family were about a mile and a half from his home, they looked back and could see their neighborhood consumed by it.