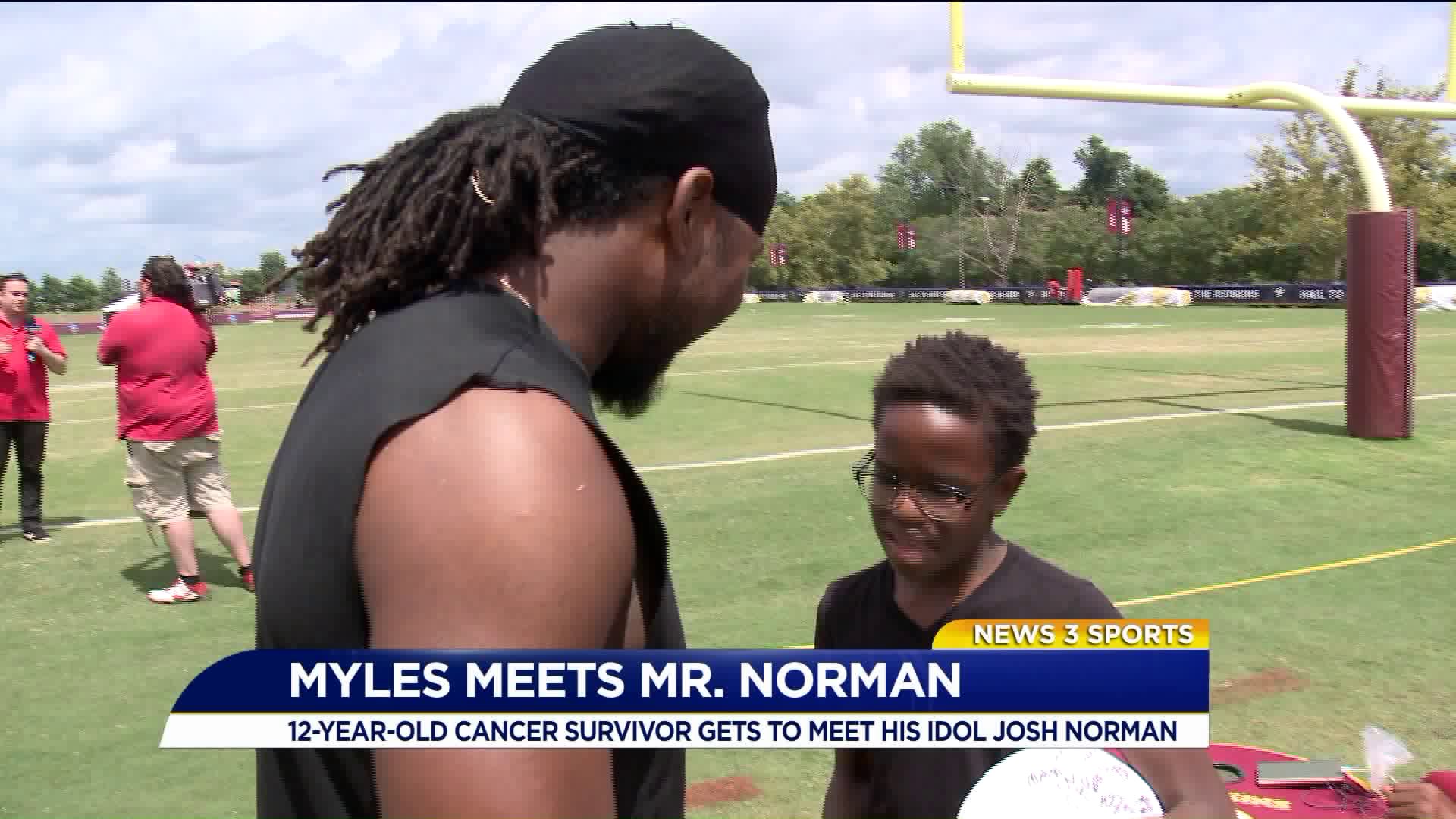 RICHMOND, Va. - Myles Berry is a 12-year-old Springfield, Virginia native. On Thursday, he made his first trip to a Redskins practice.

He was front row, to see his favorite player Josh Norman.

"When he became an All-American, was when I started playing football," Berry said. When he got traded to the Redskins in 2016, he planned on making the trek to camp.

But then, Leukemia was getting the best of him. "I got cancer, and that just made me want to meet him even more."

Two years later, Myles is cancer free, and had the best seat in the park. After practice, player after player showed him love, and then he got to meet his guy.

"It was just cool to meet my idol, someone I really look up to." Star struck and satisfied, Myles' dream finally came true.

For Josh Norman, making a kid's day, month, or even their year, is the ultimate payday. "He's fighting for something, it's his life," Norman told News 3.

"We get out here and play this game, and it's a kings ransom we receive from it. A kids game, you know. You know he's fighting for something much more. I try to give back in a way so that I can feel where they're coming from, even though I may not."