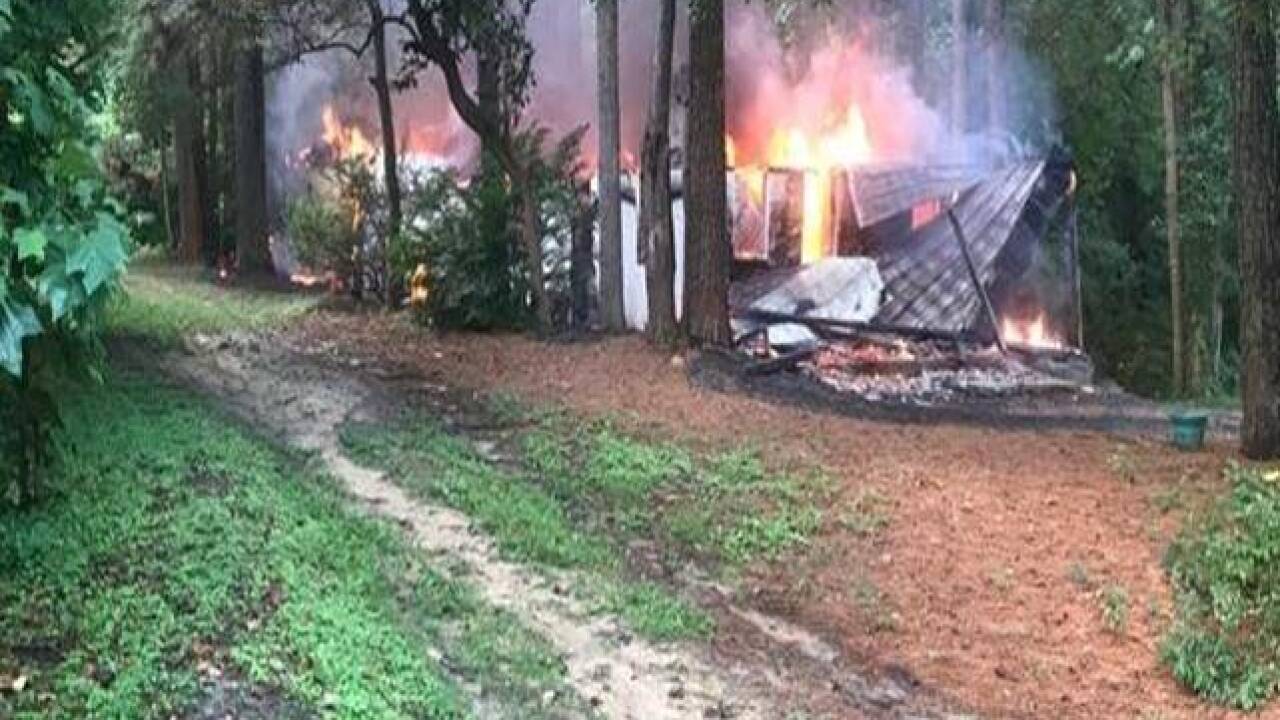 GLOUCESTER CO., Va. – Gloucester Volunteer Fire and Rescue Squad responded to a report of a possible brush fire from a lightning strike at 7:10 p.m. on August 5.

Shortly after the call, dispatchers upgraded the incident to a structure fire on Orchard Hill Rd.

A single-story home was found on fire, with the roof already collapsed.

Authorities determined that no one was living in the home, which was severely damaged from the fire.

Efforts were focused on preventing the fire from spreading throughout the wooded area.

Crews were on the scene for more than three hours.