VIRGINIA BEACH, Va. – One dog died after a house fire broke out in the 5700 block of Paiute Road in Virginia Beach this morning.

Crews with the Virginia Beach Fire Department say no one was home at the time, but two dogs were inside.

Virginia Beach Animal Control took the surviving dog to a local veterinary hospital in serious condition. It has since been adopted.

According to officials, dispatchers received the call at 7:20 a.m. The fire was contained to a space underneath the stairwell on the first floor, and firefighters were able to control the fire in less than 20 minutes.

On August 15, fire investigators ruled the fire to be intentionally set.

During the investigation, VBFD’s accelerant-detecting canine Sadie was deployed to search the house for traces of ignitable liquids. Investigators said the areas where Sadie alerted tested positive for the presence of an ignitable liquid.

The department also said the home belonged to 57-year-old William Davis and 50-year-old Belinda Davis, who were found dead in their vehicle after a crash on I-264 the same morning of the fire. After an autopsy, the Medical Examiner’s Office ruled both victims’ cause of death to be a gunshot wound to the head.

Officials have not said whether the arson case and the victims’ deaths are connected. 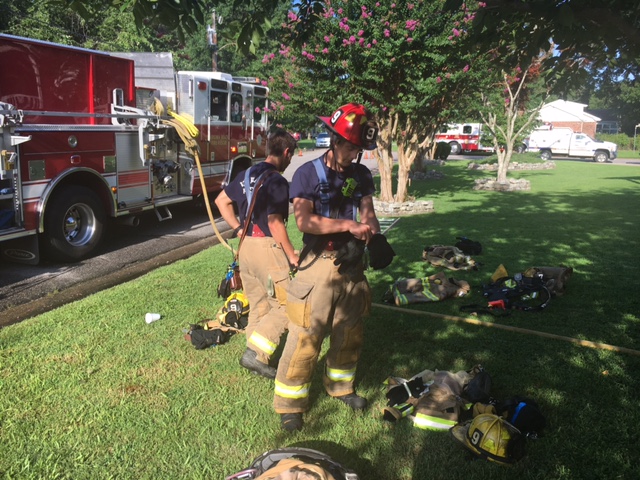