CHESAPEAKE, Va. - Crews responded to the 500 block of Denver Ave in reference to a call at 2:44 a.m., which reported a car fire.

The vehicle on fire extended to the house, according to authorities.

Neighbors on the street said they heard noises coming from the home and saw the flames from their window.

"There were a lot of loud explosions that were coming from inside the car and I didn't know if anyone was in there or what was going on," said a woman who wanted to remain unidentified. 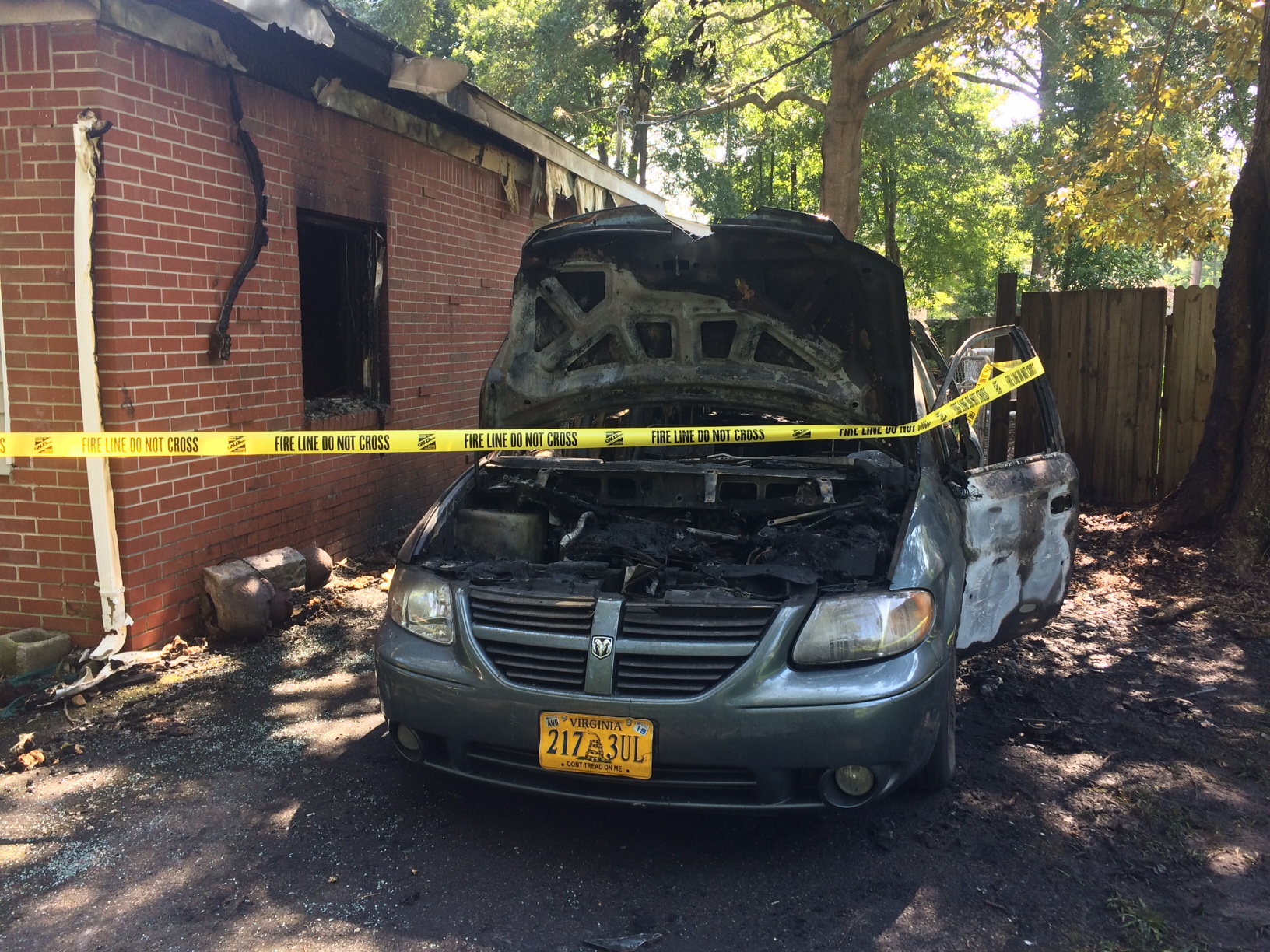 All occupants evacuated safely, but are displaced due to the damage of the fire.

Neighbors told News 3 that a power line above the vehicle also caught on fire and hit the transformer.

"Flames reached up to the power line and blew the transformer so all the power went out on our street, but as far as I know everybody was OK," said neighbor Lauren MacNamara.

No injuries were reported at the scene.

Many people who live nearby felt disappointed for the children involved that are now without their home.

"Me being a mother myself, it just breaks my heart knowing that they don't have a home to go to right now," the anonymous neighbor said.

Later Wednesday, Chesapeake Fire Marshals announced they arrested 32-year-old Michael Phillip Jones in connection with the incident. He has been charged with four counts of arson.

He was arraigned in Chesapeake District Court Thursday morning.

Court documents revealed that a 2003 Dodge Grand Caravan was set on fire in the driveway.

Jones remains behind bars without bond. Documents say he was on probation or parole from past criminal offenses.

Paperwork reads that Jones has an extensive criminal record dating back to 2007, including two counts of domestic assault and battery in 2016.

News 3 went to his home to see if anyone could be at the residence for comment, but no one came to the door.