NORFOLK, Va. - Siren Skate Shop is Michael Merritt's side hustle. He has a passion for helping those who love to carve around on skateboards.

But early Saturday, Norfolk Police said they responded to the skate shop for a burglary alarm around 5 in the morning. When they arrived, they found the glass door was smashed and wide open. Police officers cleared the building and contacted Merritt, who said he was on vacation in Massachusetts.

Merritt's surveillance captured two people outside the store. Then, after the glass door is shattered, one of them comes into the store, stealing a total of four skateboards, and takes them outside. That same person makes his way back in to steal a BMX bike. The total value of the merchandise stolen was about $1,200. 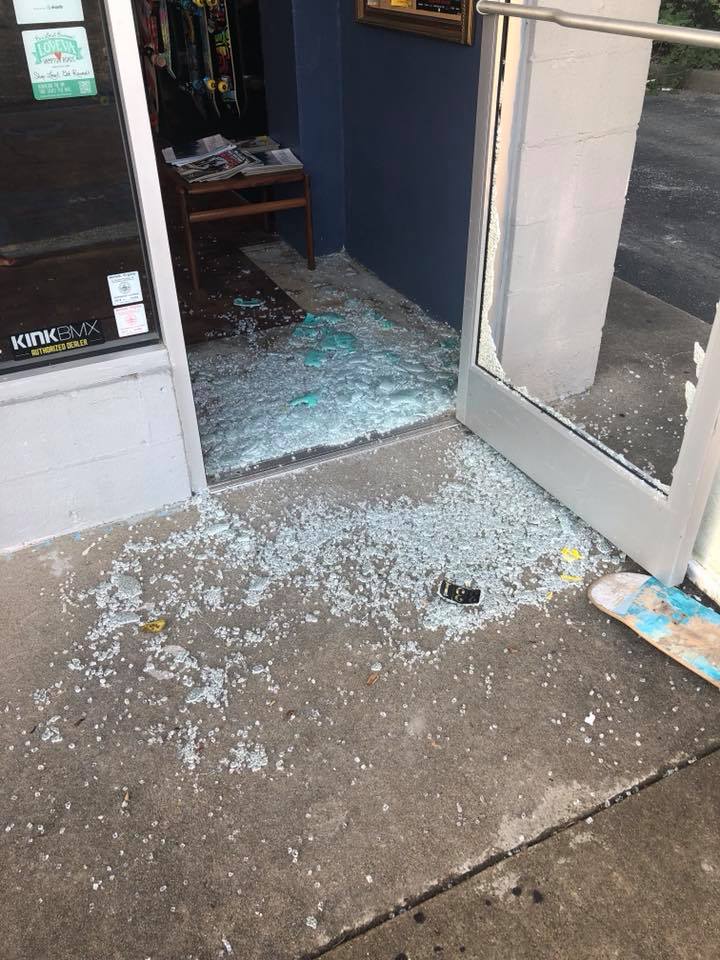 "I've put so much work into it, and to think somebody would smash the door and come in and take things was heartbreaking," said Merritt.

Fortunately, Merritt was able to call one of his employees and his son, who rushed to the store and temporarily repair the door.

"One of my employees was here immediately. He came in and cleaned up the mess and rebuilt the door with some spare plywood. Him and my son," said Merritt.

More than a year ago, Merritt opened Siren Skate Shop to fill a need he discovered when his own sons needed skateboards. The space that became the store was a sign since it was close to home, near a skatepark and available. Merritt did all of the construction work himself.

"On the first day, it was just me and a little stack of skateboards and it was like, 'come on in and buy a skateboard,'" said Merritt. "That made watching the surveillance video of the burglary a little tough. It was a mix of emotions. You idiot, you know? I don't like people who steal. It's a horrible thing to do."

A neighboring business found the stolen BMX bike not far from the store. Merritt said he doesn't keep the wheels too inflated. He's hoping police can get some evidence off the bike and combined with the surveillance video, catch the people responsible.