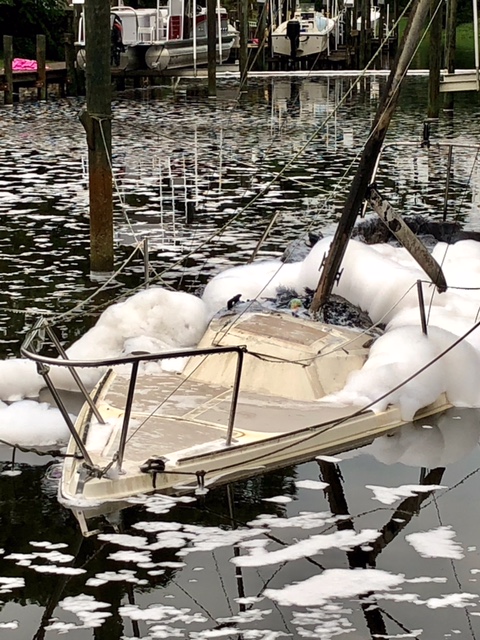 VIRGINIA BEACH, Va. – The Virginia Beach Fire Department responded to a call regarding a boat fire at the 2300 block of Windward Shore Drive at 8 a.m., Monday morning.

When crews arrived, they found a 25-foot sailboat on fire in the water.

The boat was tied to the pier, but the fire remained contained in the boat, according to authorities.

Officials also said there was no fuel on the vessel because owners said it had been inactive for some time.

There were no injuries reported as nobody was on the boat during the fire.

Due to the condition of the sailboat and the fact that much of the vessel was underwater after the fire was out, the exact cause of the fire has not been determined.  Fire investigators do not suspect foul play was involved and believe the fire was weather related.

There was a heavy thunderstorm in the area at the time of the fire, officials said.