The house was reportedly fully engulfed in flames, destroying the home. According to officials, it was started by a lightning strike.

No one was in the home at the time of the fire but two adults were displaced because of it.

There were no injuries reported at the scene. The home has been declared a total loss. 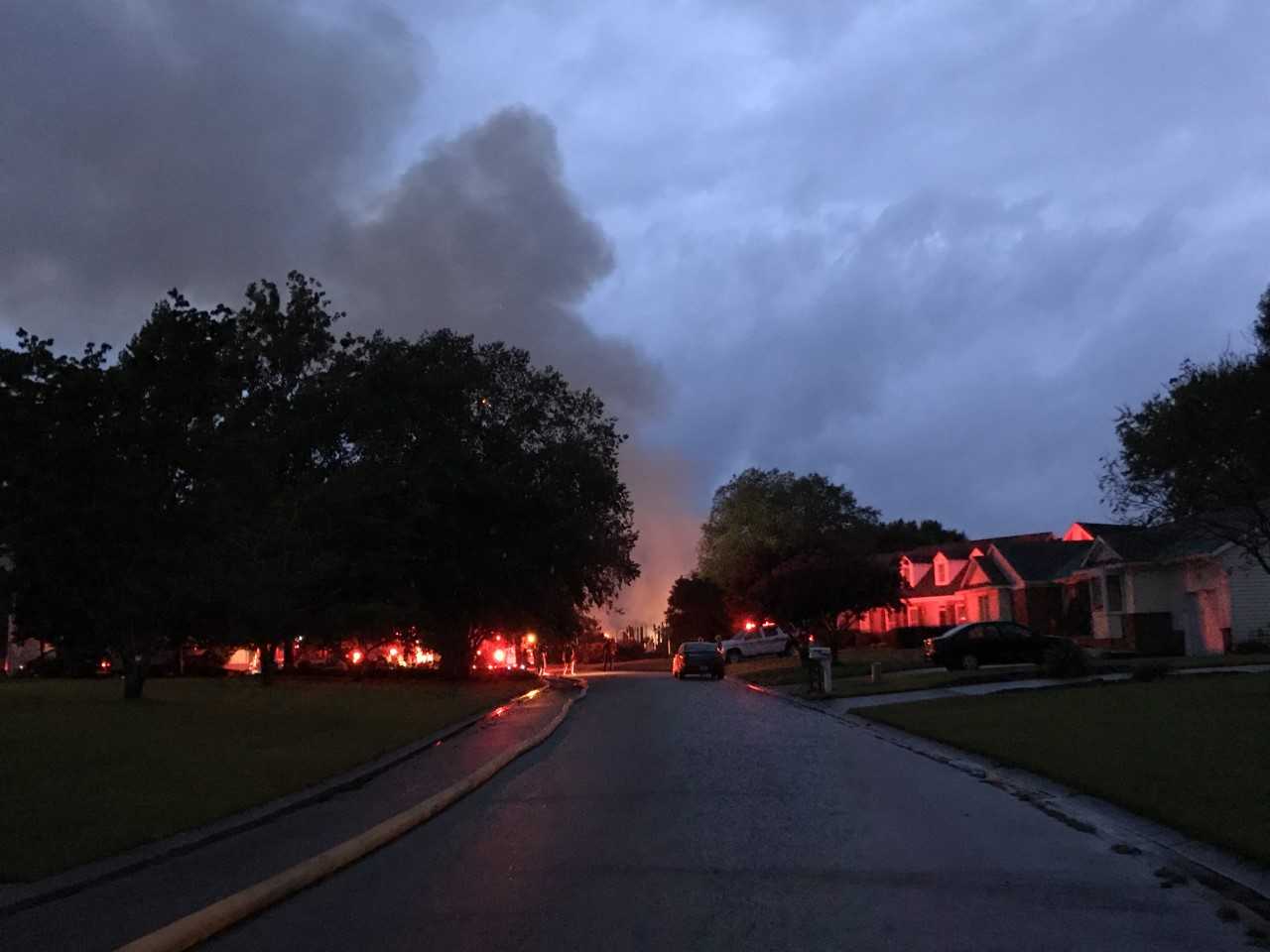