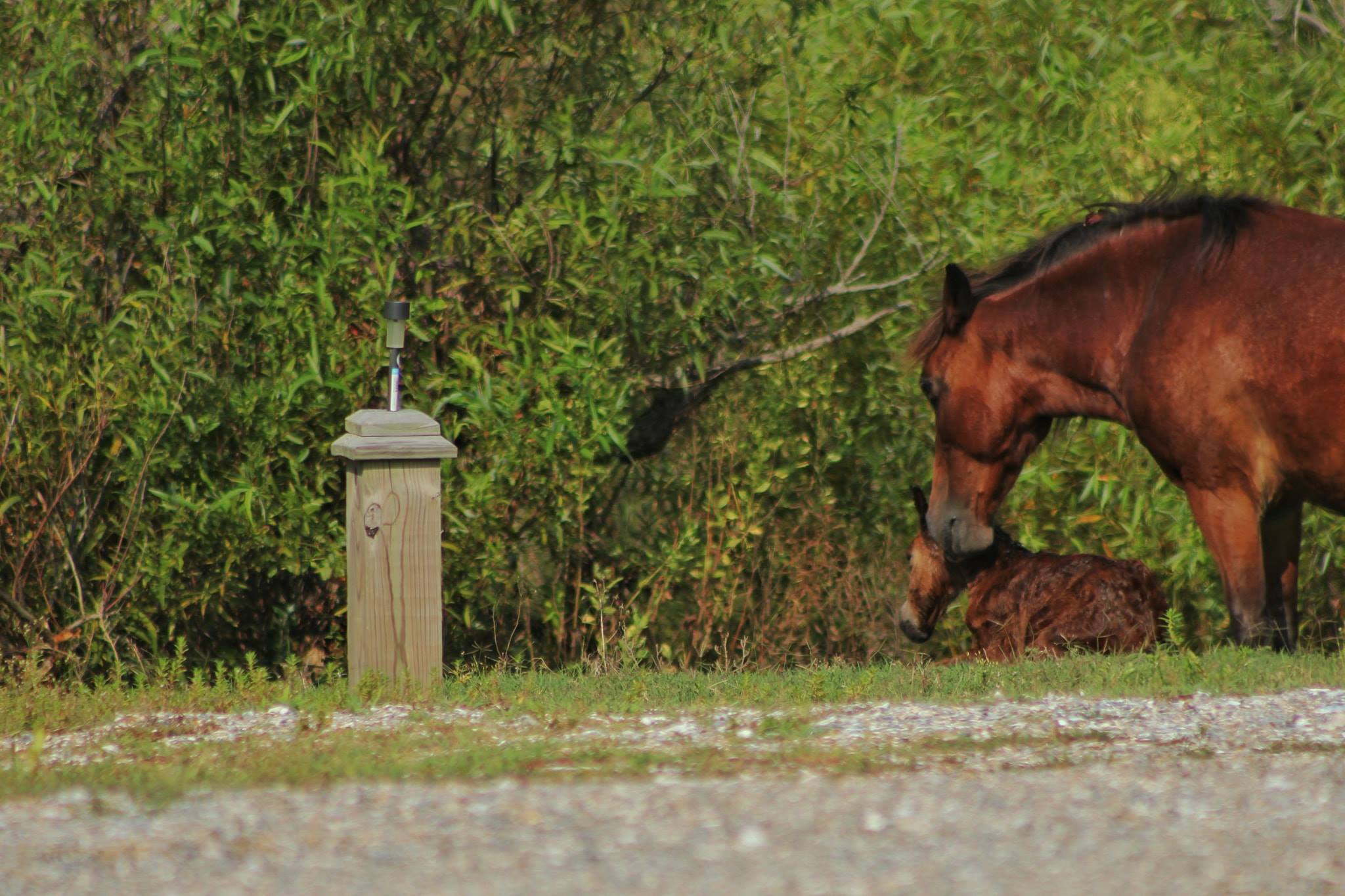 The foal was born around 9 a.m., and the Corolla Wild Horse Fund confirmed that the foal was a girl. Pictures of the foal show her minutes after her birth being cleaned by her mother.

According to Corolla Beach Music, the foal is nursing already.