Running back Adrian Peterson of the Washington Redskins. (Photo by Patrick Smith/Getty Images)

LANDOVER, Md. – Despite the second-highest rushing total among all active NFL players, Adrian Peterson appears to have some yards left in him.

Friday, in his debut with the Washington Redskins, running back Adrian Peterson excites the ‘Skins fan base with 56 yards on his first 11 carries (5.1 yards per rush).

“My body feels good right now,” Peterson said after the game – his first since November 26, 2017. “I will see how it feels in the morning. But I feel like it responded well. It felt good, didn’t get tired, so cardio is where it needs to be and right now I’m looking at it as knocking a little rust off.”

Peterson, the seven-time Pro Bowl selection who signed with Redskins Monday, received the start at running back for Washington in its preseason tilt vs. Denver. 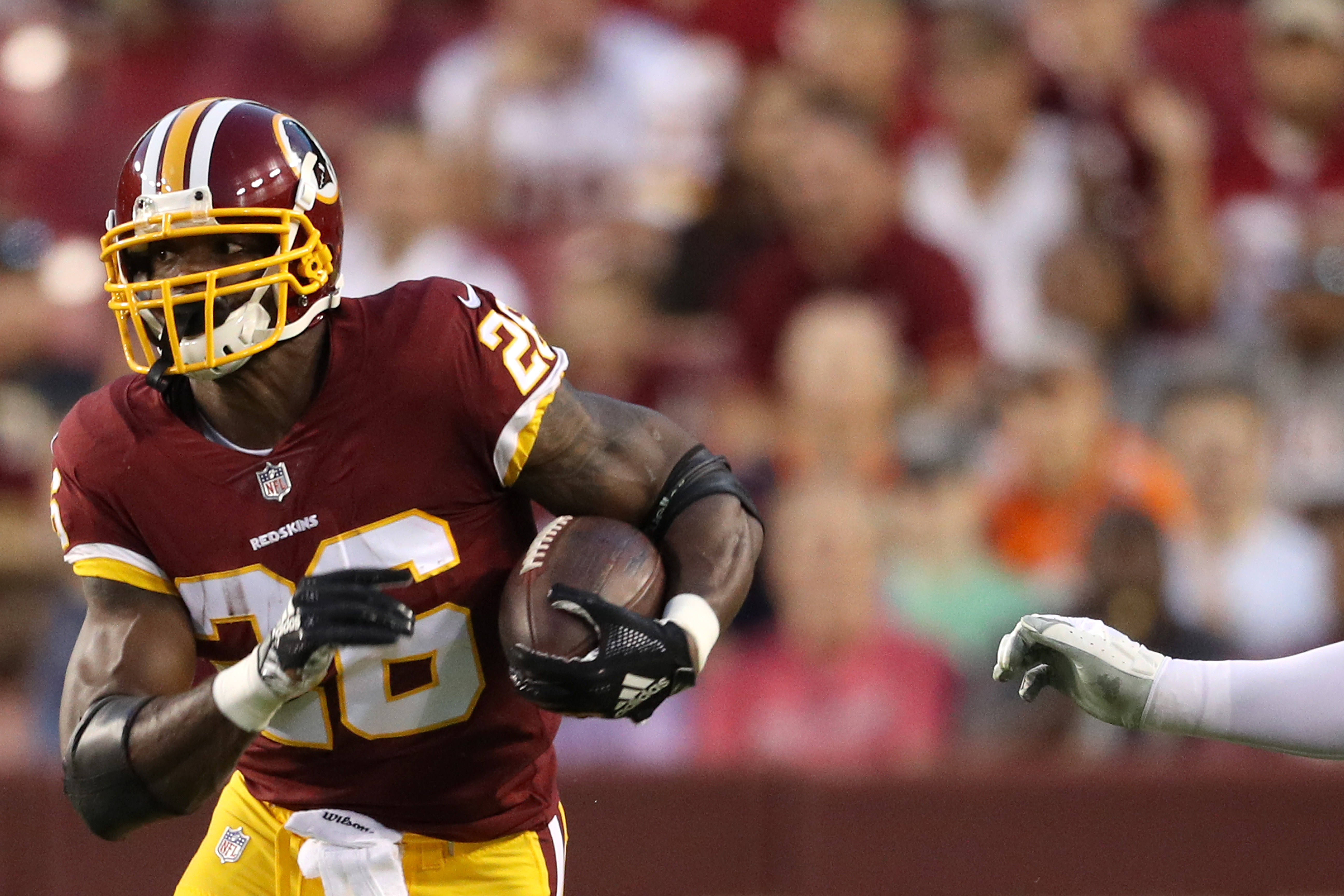